iCliniq / Answers / Sexology / Delayed Period / There was condom slippage after intercourse. Can this lead to pregancy?

Q. There was condom slippage after intercourse. Can this lead to pregancy? 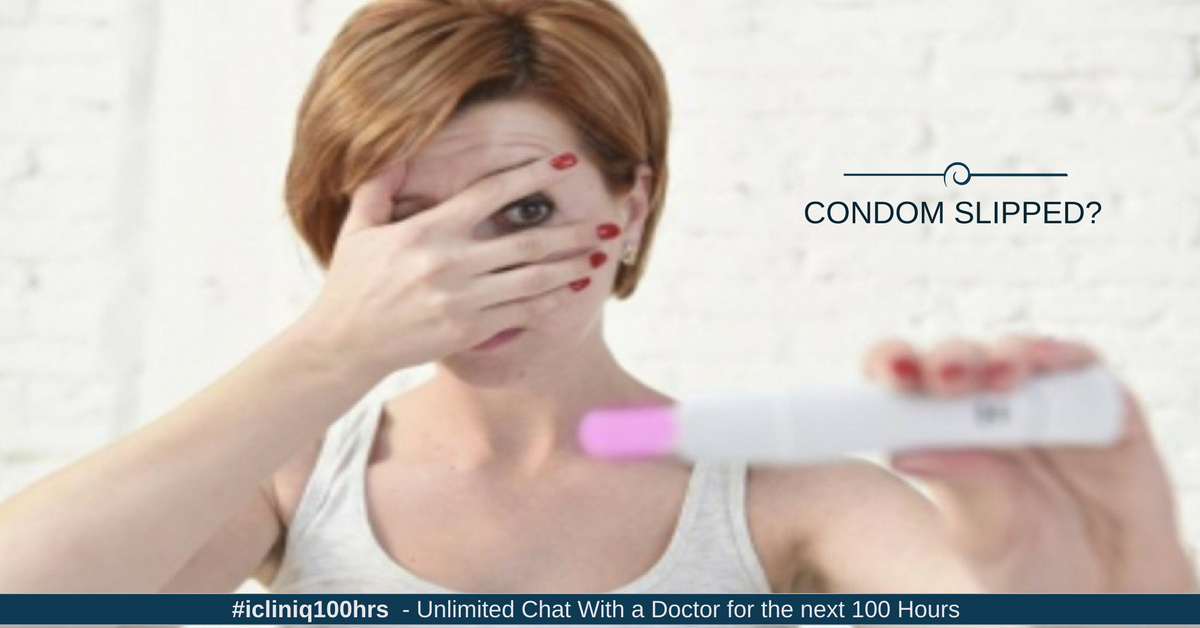 I had sex with my partner two months back using a condom. After ejaculation, she was getting off from me, and as she got up, the condom slipped off. I, however, pulled it out of her. When I did this, the semen leaked on my leg. As she was on top of me (due to gravity), all the semen fell on my leg. At that time I was 80 % confident that no semen had gone near her. To be careful, I recommended her to take the morning after pill, and she took it 12 hours later. Approximately eight days after sex, we did a pregnancy test which was negative. She usually has her period around the 17th of the month. Her period is now four days late. Can you advise why this could be? This is the first time she has taken any pill.

It is normal to see delayed periods after taking morning after pill. There is no need to get worried.

It has now been almost 13 days since her expected date of next period. We are both anxious and planning to take a pregnancy test tonight but are very scared to take it. My partner has been going through a lot of stress due to work, and I am trying to remain positive because we used a condom during sex that did not break (it slipped, but I am 80 % sure that all the semen stayed in the condom). Her last period was a month back, we had sex ten days later, and she has a 30-day cycle. So, according to online fertility checker, she was not very fertile. She took EllaOne after 12 hours of us having sex. She has no other side effects apart from not having her period yet.

First of all, you had sex during the safe period and sex in that period does not result in pregnancy. You used the condom during sex, and this is a very effective mode of contraception. Even if we assume that during the slipping of condoms some amount of semen touched the vaginal opening, even then there is no risk of pregnancy. Vaginal pH is hostile to the survival of sperms. For conception, the ejaculation should be done deep into the vagina or near cervical opening. Hence, the risk is almost zero.

She took an emergency pill after sex too and this is also a good mode to prevent pregnancy. So, please remain assured that there is no risk of pregnancy. It is normal to see delay in periods of young girls after sex and also after taking emergency pills. No need to worry for that. You can repeat UPT (urine pregnancy test), which is also not needed as per my opinion, as this will come negative definitely.

Does a contraceptive pill affect periods?

Query: Hello doctor, My wife is 23 years old. Two months back she had abortion. After abortion she is taking Folic acid and Ecosprin 75. Last month her period lasted for around 14 days and then doctor gave her Sandoz medication. This month her period date already has passed far off but still she is not hav...  Read Full »

What are the first signs of early-onset menopause?

Query: Hi doctor, I am a 53 year old female. My periods have been delayed for two weeks. Till now they are normally regular. Could it be the early onset of menopause or they will eventually come?  Read Full »

What is the normal level of carbon monoxide in the body after a leak?

Will there be variation in spherical powers in a kid even while wearing glasses?