iCliniq / Answers / Psychiatry / Eye Ogling / How can I correct my eye ogling while talking to someone?
ADVERTISEMENT

Q. How can I correct my eye ogling while talking to someone?

Answered by
Dr. Rahul Kansal
and medically reviewed by iCliniq medical review team.
This is a premium question & answer published on May 29, 2018 and last reviewed on: Sep 16, 2020 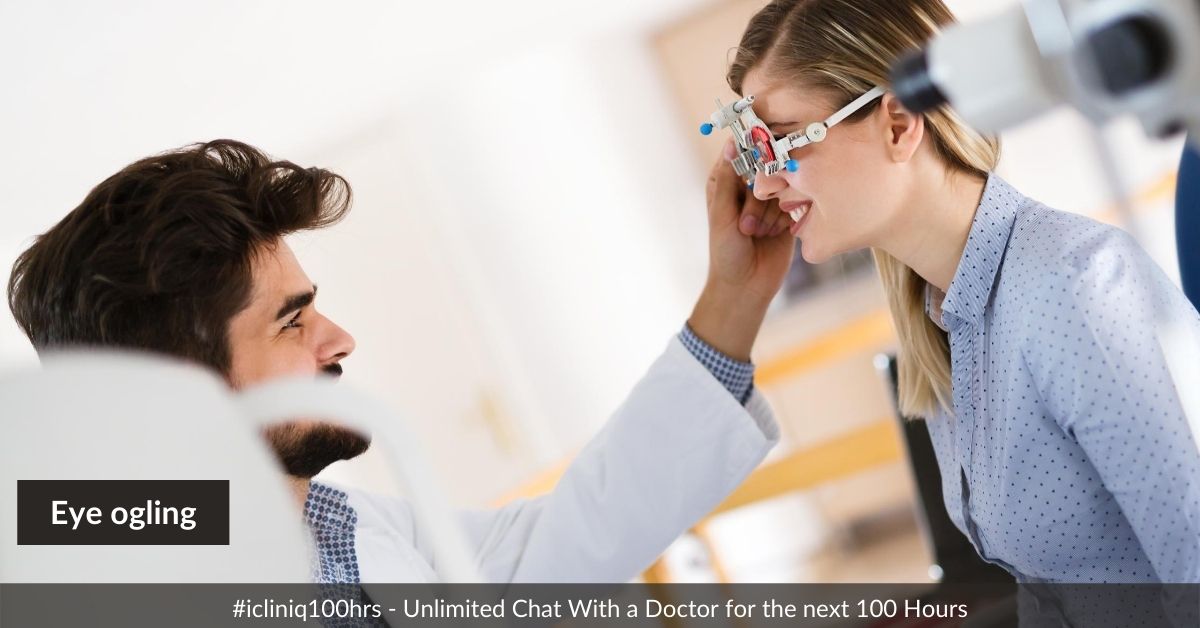 During childhood days I was a bit introvert but used to enjoy a lot by playing all sorts of indoor and outdoor games apart from studying. During college days also no issues were there as such. But while joined in a metro city as my first job felt bit awkward that I was not able to mingle with all people in my colony. I used to avoid social activity a bit. After that posted in a remote area where stayed for five years and enjoyed a lot mixing and partying with all sort of people. Then I was posted to my home place where one influential boss wanted to keep me in his section but due topressure from higher up he had to give up his idea, but directly or indirectly he was harsh. That was the beginning I feel. Along with that during that posting, I used to travel a lot, worked almost day and night just for my good name, that people will appreciate. Got lots of appreciation but these process initiate. During initial days after few hours of conversation people used to know about my eye ogling issue but now I feel within few minutes they can make out. Please help. I want to change it at any cost. Sometimes doing exercise, yoga but not so regular. My sleeping is very good, after going to bed, within a few seconds I used to sleep. Previously during any stomach ache, hand pain, headache for any reason, I used to think I will die very soon for that cause. What will happen to my family and so on. Although in my family, my wife has a good job and have only one child. But during last few months, much of change was going on in a positive way. During any farewell or any party if any photography will be there then my face will be in very much in tension. So nowadays during the photography session, I am avoiding that and instead, take photographs of all. Slowly and steadily I want to change eye ogling issue. My eye ogling look is like someone is surprised to see something strange. I know I can change but an efficient or proper support is needed. Never taken any medication. For blood pressure taken Repace 25 initially two years back. From mid of last year taken Repace 50. And later started taking CTD T 6.25/40. Felt many a time to stop this CTD T due to no such tension except eye ogling.

Tension or stress is different from hypertension or high blood pressure. BP (blood pressure) medications will not help with the psychological tension you are describing. Social avoidance is another problem you have described. You are mostly disturbed about a preoccupation with eye ogling. And you have had panic related to normal bodily symptoms like stomach ache, headache, and hand pain. I think you are having anxiety issues. Consulting a psychiatrist would be my advice.

I would suggest taking tablet Nexito 5 mg once a day after breakfast. It starts to have an effect on anxiety and social avoidance after at least 15 days of taking it. There are no side effects in the long term but in the initial two weeks, you may experience gastric trouble or bloat and initially increased anxiety. If they happen, start with a half tablet of Nexito 5 mg. You might need a prescription for this medication.

Is the eye ogling on one side or both eyes? Visit a neurologist to rule out blepharospasm or other facial nerve problems. A physical consult would be necessary to evaluate your issue of eye ogling further.


.. is a potentially fatal condition that needs emergency care. This article helps you understand this condition and educates you regarding your treatment options .. ...   Read full

Is headache a side-effect of Nevanac ophthalmic suspension?


.. (Nepafenac) does not have such side effects. But, I suggest you reduce the frequency of Nevanac to twice daily after 15 days and then to once at bedtime after next 15 days. You said you are wearing -2.75 in the right and -3.75 in left. This is a ...   Read full