iCliniq / Answers / Neurology / Mri Of Brain / Why are there flow voids in major intracranial vessels? 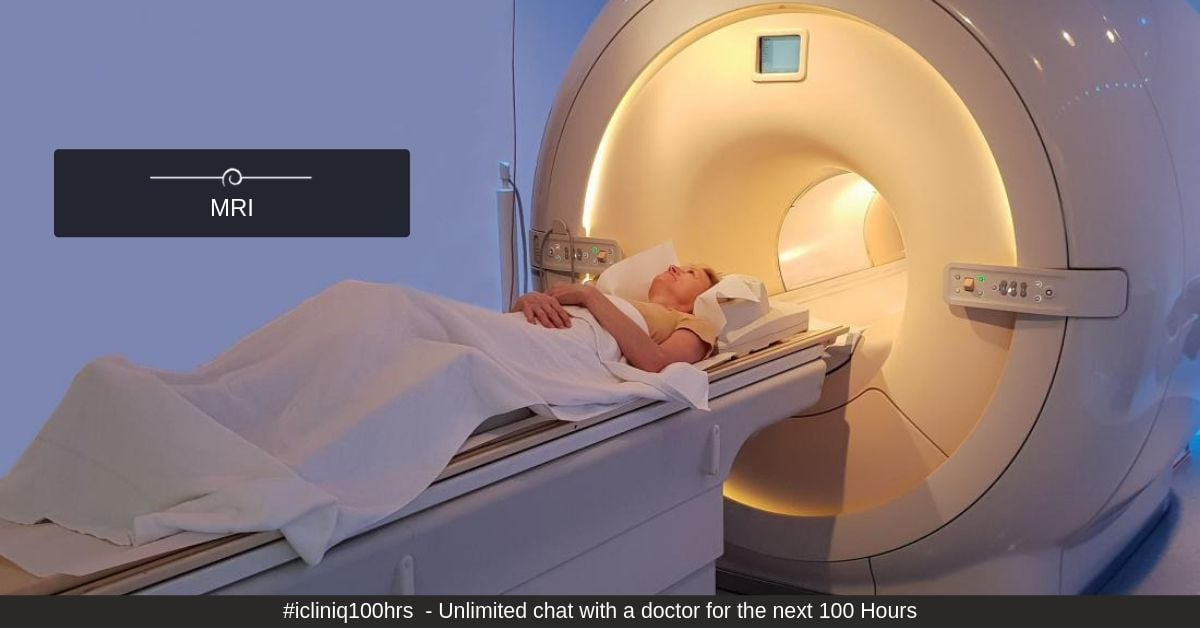 I would like to know the diagnosis of this MRI result.

Multiplanar and multisequential MRI of the brain without intravenous contrast administration was taken. Single voxel MR spectroscopy through the basal ganglia was also performed. The brain parenchyma demonstrates interval development of diffuse cerebral volume loss, most prominently involving the cortex, with a widening of the sulci and ex-vacuo dilatation of the ventricular system. There is a faint T2-FLAIR hyperintense signal of the bilateral hemispheric white matter. There is sparing of the cerebellum and only mild interval thinning of the corpus callosum. Interval development of a subdural collection along the left cerebral convexity, most prominent at the left frontal convexity causing a mild mass effect on the left frontal parenchyma. It shows mildly increased FLAIR signal, likely related to proteinaceous content. The intraorbital optic nerves have decreased volume, compatible with optic atrophy. There are punctate foci of susceptibility artifact in the right parietal and right occipital region, likely related to minimal hemosiderin staining. No mass lesion or midline shift. There is no acute intracranial hemorrhage or acute territorial infarction. No hydrocephalus. No cerebellar tonsillar herniation. Preserved flow voids of the major intracranial vessels. There are bilateral mastoid and middle ear effusions and mucosal disease of the bilateral paranasal sinuses.

I read carefully and reviewed the patient MRI report (attachment removed to protect patient identity) and would explain that it shows a progressive brain atrophy (brain cell death) and small ischemic strokes, which could cause progressive dementia. These changes are probably related to small vessel disease of the brain (chronic changes in small brain vessels caused by uncontrolled diabetes, dyslipidemia, hypertension, smoking, etc.).

There is also a subdural collection, which is causing mild compression on the left frontal lobe. I would recommend consulting with a neurosurgeon about this. I would also recommend to closely monitor his blood pressure values, periodically check his fasting glucose and blood lipid profile. If dementia is present (memory troubles, confusion), I would recommend treatment with Donepezil or Memantine. Hope to have been helpful.

Is this case treatable?

I understand your concern and would explain that this disorder cannot be cured. It is a progressive disorder which may worsen gradually with time. Anyway, treatment with Donepezil or Memantine can help improve the memory problems. The better control of blood pressure values and periodical check-ups for fasting glucose, blood lipid profile, will help slow the progression of the disorder.

Regarding the subdural collection, it should be monitored with periodical check-ups with CT (computed tomography) scan or brain MRI (magnetic resonance imaging) every three months. Consulting with a brain surgeon may be needed if the dimensions of the collection increase with time. Baby aspirin is necessary to help prevent further strokes, but the subdural collection is a counter-indication for this drug in this patient.

|
Related Questions:
What is the white mass seen above my teeth in MRI?
How to recover from blood clot in brain?
What does my CT scan indicate?

I have lack of concentration, memory problems and negative thoughts. Please help

Query: Hello doctor, I have symptoms related to the mind and body. I have no clarity in thinking. I cannot make any decisions. Even if I do, the moment I make the decision, I get negative thoughts and a sudden jerk in my mind with a sensation of fear. Also, I have on and off memory issues. It appears fine ...  Read Full »

How to overcome insomnia and memory problems?

Query: Hi doctor, For the past three months I have been suffering from worsening insomnia. I fall asleep with great difficulty. I used to get a light fragmented sleep, where I wake up several times and have many dreams. In fact do not even know if I have fallen asleep or not. I just know that time has pass...  Read Full »

Could you please explain MRI brain and CSF studies related to NPH?

Query: Hello doctor,Can you please give the diagnosis of the uploaded MRI brain and CSF studies with a detailed report? Please advise on the action plan as to how to get the CSF findings treated. The MRI report is enclosed. Does the enclosed report co-relate with your findings? The MRI report CSF studies r...  Read Full »