Q. Is ALS the only reason for continuous twitching?

Answered by
Dr. Rajyaguru
and medically reviewed by iCliniq medical review team.
This is a premium question & answer published on Sep 13, 2017 and last reviewed on: Sep 25, 2019 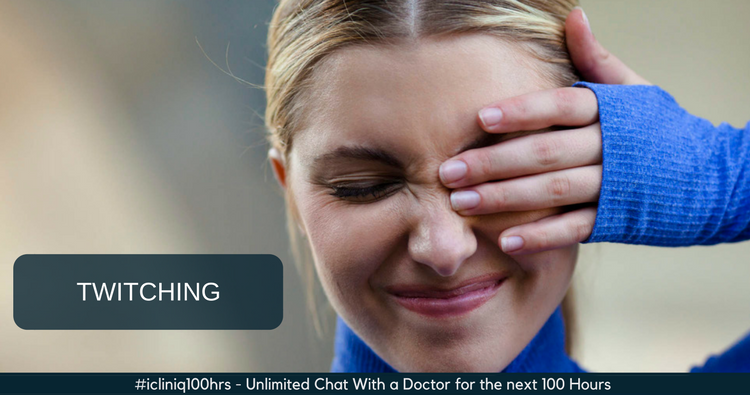 I am a 24 year old female. For the last three days, I have noticed continuous twitches on the thenar aspect of my right palm. Today, I searched on the internet and it showed it could be ALS. I am worried. Also, I noticed that my right thenar prominence is a little less than the left. I do not know if it was always there, but I am just noticing it now. I have not noticed any weakness as such. There is no family history of ALS. Please help.

Are you sure that the fasciculation will be visible on the muscle surface? Please comment on the image of my hands, I sent you. Could you please elaborate a little? I am really worried. Also, is it common for a young woman to have ALS?

Yes, the right thenar region looks marginally smaller in the picture (attachment removed to protect patient identity). But, if you observe carefully, many of us has right hand thenar region a bit smaller. Regarding ALS, what does not fit in, is the time frame. Fasciculations are produced because of denervation of the muscle. The neuron, which supplies the muscle, is not working from the cell body level of the spinal cord and that is what produces fasciculation in ALS. Fasciculation come as soon as the neurodegeneration of ALS start. Well, for a while let us take the atrophy as a significant one. Atrophy is basically because of long standing (at least two weeks) denervation. So, in almost all the patients the atrophy comes after at least two to three weeks of fasciculations.

Now, let us look at the temporal profile of your symptoms. You have fasciculation since last three days and then you noticed thenar atrophy (if we call it atrophy). So, it does not fit into the fasciculation and denervation atrophy, which is seen in ALS. As you already know, the atrophy is either after weakness or after disuse. Now, thenar muscles are very well used for all of us, so you cannot miss weakness neither its disuse atrophy. What I feel is that is a normal variant of asymmetry. I hope you got my point. About ALS, being common in younger women, the prevalence of the disease is just for academic discussions. When it comes to an individual case in clinic, we do not go by the prevalence in either gender. ALS is seen in older age and in male also. I hope you understood the reasons why I think it is not ALS. Fasciculation can be of ALS and can be benign also, an entity called a benign fasciculation syndrome.

For almost all the patients with fasciculation due to ALS, it was a retrospective description that the fasciculation is the first symptom to come in ALS. What I mean to say is, they were not diagnosed ALS based on fasciculation alone. ALS was diagnosed only when they developed weakness and atrophy. I think we are very clear about it now. Still, as per standard practice protocol, I told you to keep watch on your symptoms. Please note that I am telling you to keep a watch and I am not telling you to worry about it all the time. It is very much essential as worry, anxiety and exertion will precipitate the benign non-ALS type fasciculations. So, please avoid being anxious. Next, if your fasciculation persist or progress (I feel they will not) you can get an electromyography of the thenar muscles. If it is ALS, then the EMG would show denervation potentials.

|
Related Questions:
I have increased twitching in the left thumb.Is that a sign of cervical disc herniation worsening?
Why am I having continuous twitching in biceps for a long period of time?
I get tremors in my chin that lasts only for a second. Is it something serious?

I have intermittent twitching in hypothenar muscle. Should I be worried about ALS?

Query: Hi doctor, I am worried about ALS. I have had a twitch in my left hypothenar muscle intermittently for three weeks or so. Perhaps a few twitches per hour followed by hours of no twitching. I also have twitches in other parts of my body quite regularly though this one is focal and the others are dif...  Read Full »

Article Overview: Have you ever noticed weakness, numbness or tingling in your hands or wrist? These symptoms may be due to a common condition called carpal tunnel syndrome. Read Article

Have you ever noticed weakness, numbness or tingling in your hands or wrist? These symptoms may be due to a common condition called carpal tunnel syndrome. Overview of Carpal Tunnel Syndrome This is a nerve disorder affecting the strength and sensations in hand and wrist, caused by pressure on the...  Read Article

Can hyperreflexia be neurological?

Query: Hello doctor, I am 37 years old. Three years ago I had spine surgery for herniated disc L5-S1. After the surgery strange symptoms began. Four hours after surgery when I tried to sleep I got myoclonic jerks. Then I had problem with ligaments. My ligaments started to stretch so easily that I began ...  Read Full »