iCliniq / Answers / Obstetrics and Gynaecology / Pregnant On Birth Control / What is the chance of pregnancy after taking ECP?
ADVERTISEMENT

Q. What is the chance of pregnancy after taking ECP?

Answered by
Dr. Sameer Kumar
and medically reviewed by iCliniq medical review team.
This is a premium question & answer published on Jul 22, 2017 and last reviewed on: Oct 09, 2018 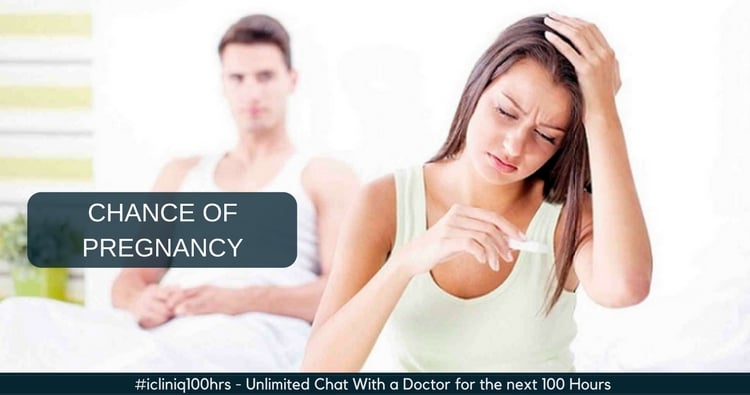 I had sex with my fiance for four times in the last 24 hours. Some of it was unprotected but we did use a condom each time and he ejaculated into it each time as well. But, in between he does not remember there was a high possibility that the pre-ejaculatory fluid contained some active sperm. It was during my most fertile window period that I had sex. I have taken a morning-after pill within the 72 hour window and lots of online forums stated that the probability of getting pregnant is really low. My worry is that I have had an accidental pregnancy before wherein even though I had taken the morning-after pill within 6 hours; it completely failed to prevent it. Please help.

The success of emergency contraceptive pill (ECP) like an I-pill or unwanted-72 remains 99 percent when the withdrawal bleeding is experienced within next 5-7 days thereby ruling out pregnancy completely due to shedding of endometrium.

Another option besides ECP is to use an intrauterine contraceptive device like copper-T within 72 hours of intercourse which can again prevent pregnancy and it is also 98-99 percent successful but not advised for women who have not delivered yet.

For further information consult an obstetrician and gynaecologist online --> https://www.icliniq.com/ask-a-doctor-online/obstetrician-and-gynaecologist

Thank you for your quick reply. I have taken Clear 72 pill which is levonorgestrel based. Can you explain what withdrawal bleeding means? When am I supposed to expect it? Is that a sure sign that I am not pregnant? Can someone become pregnant from pre-ejaculatory fluid? I have been feeling extremely nauseous since last night and have been feeling uneasiness in my lower abdomen area. That is what led me to believe that I might be pregnant. Is it too early to tell?

For further information consult an obstetrician and gynaecologist online --> https://www.icliniq.com/ask-a-doctor-online/obstetrician-and-gynaecologist

Can an I-pill prevent pregnancy if sex is had in the fertile period?


.. have taken an emergency pill within 72 hours of intercourse, there is no chance of pregnancy. She can have late or delayed periods because of hormonal changes due to the pill. But definitely, she will be getting her periods. For more informatio...   Read full

The beta hCG levels of my wife are very high.Does this signify a healthy pregnancy?


We did IVF, but it ended with a chemical pregnancy ... Does this value signify a healthy pregnancy ... We got a positive result through urine test ... We did serum b...   Read full