iCliniq / Answers / Neurology / Seizure / Are there epilepsies that do not cause physical seizures?
ADVERTISEMENT

Q. Is there any epilepsy that does not cause physical seizures?

Answered by
Dr. Hitesh Kumar
and medically reviewed by iCliniq medical review team.
This is a premium question & answer published on Jan 19, 2017 and last reviewed on: May 11, 2021 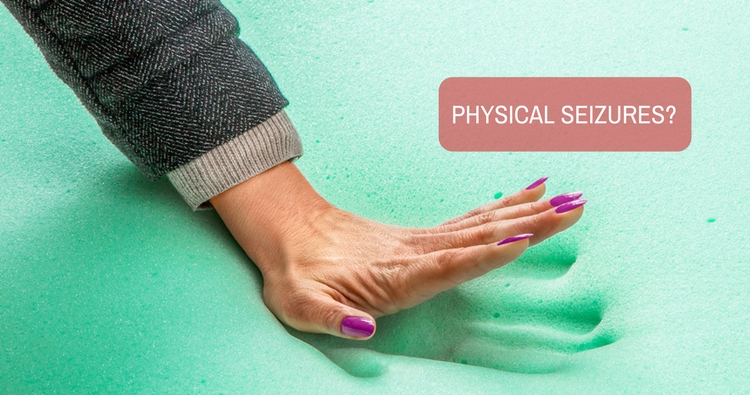 I have been suffering from a wide array of mental symptoms for around nine years. Some years ago, I went to see a neurologist. He took an EEG, and found "epileptiform activity", I think in temporal lobes. So he said I have epilepsy and prescribed Valproate. He said my depersonalisation and anxiety were caused by my epilepsy. However, I never had a physical seizure nor an absence and neither have my family noticed any. Also, my symptoms did not improve after one year of Valproate. To make matters worse, some months after quitting Valproate, I developed a psychosis. I have also tried other antiepileptics as part of my treatment following this episode. These include Gabapentin, Carbamazepine and Phenytoin. My symptoms have not improved. Generally, I am feeling malaise and psychotic-like thought patterns after sunset, with anxiety, social anxiety, etc. Could all of this be caused by some underlying neurological problem? Why did the EEG show epileptiform activity? If I do have epilepsy, in spite of not having seizures, why have not the antiepileptics done any good? Are there epilepsies that do not cause physical seizures and also one is not aware of absences because they are very short? Can this type of epilepsy also cause psychiatric symptoms? What would be the best medication for my case? I took a SPECT/PET which showed reduced blood flow to the right frontotemporal lobe. The MRI scans were normal. I also have enlarged liver, rapid heartbeat with palpitations, Epstein-Barr virus infection, history of high eosinophils, history of allergies or bronchitis, history of folliculitis, childhood meningitis and chronic diarrhea (10 years, diagnosed as IBS). Recent results showed elevated GGT, low blood chloride, elevated morning cortisol and ACTH. After the psychotic episode results showed low blood potassium. Currently, I am taking Aripiprazole, Phenytoin, Gabapentin, Amoxapine and high dose of vitamin B3 and B6.

EEG (electroencephalogram)is not a diagnostic tool in itself. EEG can show abnormality in a normal person and also can be normal in epilepsy patients. Few EEG changes can be seen in normal and abnormal conditions.

As you mentioned that your symptom is psychotic like, these can be either psychosis or seizure too. It has to be correlated clinically. For that, I need to know your symptoms in detail. I suggest getting video EEG during the symptom.

Related Questions:
I am diagnosed of psychosis NOS. Is there a possibility of withdrawal psychosis when antipsychotics are discontinued?


my daughter who is 15 has a clammy forehead and stomach pains last 2 days?   Read full

Can seizures be related to chronic sinusitis?


my daughter who is 15 has a clammy forehead and stomach pains last 2 days?   Read full


A seizure is caused by a brief period of abnormal electrical activity (electrical impulses) in a person's brain ... An absence seizure has a generalized onset, meaning, it starts on both sides ...   Read full