Cancer that begins in the lungs, and is more commonly seen in people who smoke, is called lung cancer. Read about the types, causes, symptoms, and treatment. 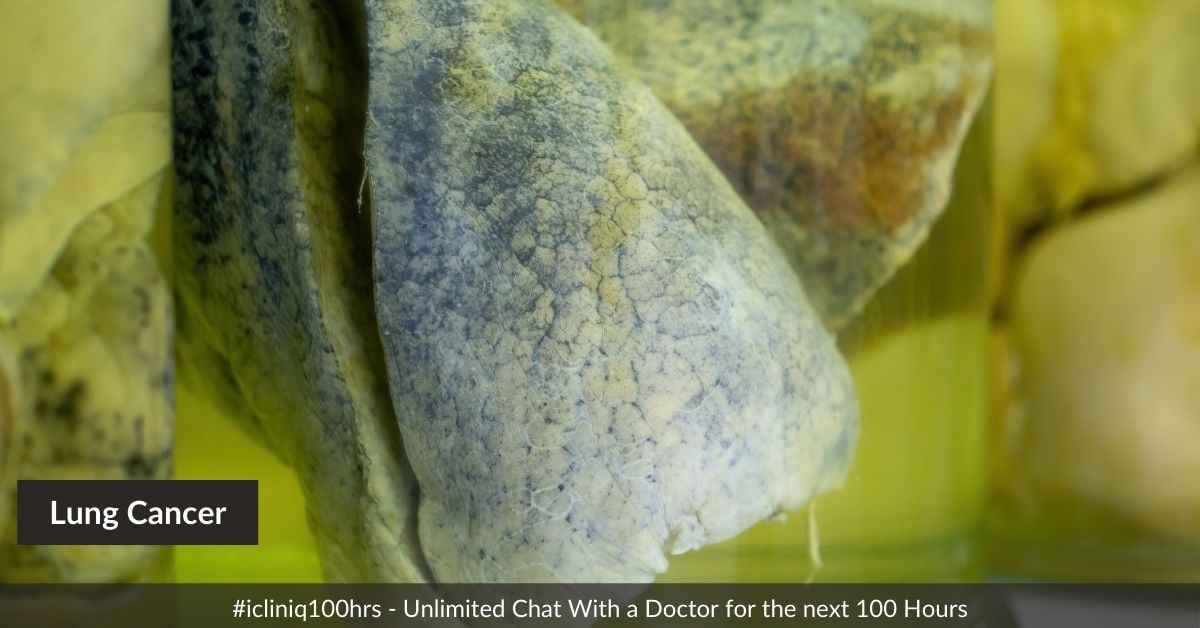 Cancer is a clinical condition characterized by the abnormal growth of cells at any particular area in the body. Lung cancer is a condition involving the lungs and is one of the main causes for causing death in the world.

If there is a spread of cancer to other organs, it can cause symptoms related to the affected organs like:

If it creates substances that resemble natural hormones of the body, it can cause the following symptoms:

The most common cause is smoking. The small-cell type of cancer is commonly associated with smoking. The American lung association has reported that even inhalation of a naturally occurring radioactive gas, radon, can cause it. Inhalation of the following substances can also lead to lung cancer:

The other cause is genetic.

What Are the Stages of Lung Cancer?

Lung cancer is classified based on certain stages, which explain the extent of cancer. This can also help in the diagnosis and treatment planning of the condition. Following are the four main stages of non-small cell lung cancer:

Following are the risk factors:

There is an integrated team for deciding the treatment of lung cancer which involves a thoracic surgeon, pulmonologist, a medical oncologist, and a radiation oncologist. The basic treatment involves radiation therapy, chemotherapy, surgery, and in severe stages, immunotherapy may also be required.

Are There Any Home Remedies?

Home remedies will not cure cancer but help in improving the condition. If you are deficient in certain nutrients, you should consult your physician before taking any supplement and changing the diet. A nutritionist can help you with the same. Certain options available as home remedies are massage, acupuncture, meditation, yoga, hypnosis. Sometimes, even cannabis oil helps in relieving nausea and vomiting associated with other treatments.

What Is the Prognosis and Life Expectancy?

Cancer can spread to any part of the body if it has entered lymph nodes and blood circulation. The prognosis is good if the treatment begins before cancer spreads to other organs or lymph nodes. Various other factors that can affect the prognosis include age, general health, and the body’s response to treatment. Later stages of treatment can have a lesser prognosis than treatment at earlier stages.

How Can It Be Prevented?

Prevention can be done using minimizing and taking care of the risk and causative factors. The most important is to limit smoking followed by lifestyle changes. The diet should be balanced, and exercise should be done. Air pollution should be minimized as it can contain carcinogenic gases. Protect yourself using masks in places where air pollution is high. Try to avoid passive smoking too by preventing exposure to smoke. Various other factors that can affect the prognosis include age, general health, and the body’s response to treatment. Later stages of treatment can have a lesser prognosis than treatment at earlier stages.

Lung cancer is the most common cause of death in the world and one of the most common cancers. Early diagnosis is very important to get early treatment and limit the spread of cancer, and thus, a better prognosis can be achieved. Online medical platforms make it easy to consult a physician anywhere, anytime. Hence, consult a specialist online to know about the condition and also the treatment options and prevention tips available for lung cancer.

How Do Lung Cancers Begin?

Lung cancers start to form when the healthy lung cells undergo DNA changes or cell mutations and develop into cancerous cells that multiply at faster rates. The cell growth and death cycle get affected. These uncontrollably replicating cells do not perform normal lung cell functions; instead, they accumulate to form masses and invade nearby tissues.

Can a Person Have Lung Cancer Without Knowing It?

A person may be having lung cancer and remain undetected for about eight to twenty years.

Does Cough Due to Lung Cancer Have Any Characteristic Feature?

Cough due to lung cancer have certain characteristic features such as,
- Chest pain during cough.
- Cough at night interrupting sleep.
- Dry or wet cough.
- Cough lasting continuously for more than 8 weeks.
- Blood in cough.
It does not necessarily mean that a person having these symptoms should have lung cancer. It can also be due to a less serious respiratory disease.

Though in the initial stages, lung cancer does not exhibit any sign or symptom, in advanced stages, it can make one feel ill, weak, and fatigued. It leads to a sick feeling. Other symptoms include,
- Chest pain that worsens with a laugh or cough.
- Blood in cough.
- Chronic cough.
- Shortness of breath.
- Wheezing.
- Recurring or persistent pneumonia or bronchitis.
- Weight loss.

What Is the Color of Mucus in People With Lung Cancer?

The mucus in people with lung cancer appears blood-tinged or rust-colored.

Where Does the Back Ache in People With Lung Cancer?

Backache in lung cancer can be felt most commonly in the middle and upper back and neck region. But it can also affect the lower back, buttock, legs, and arms.

How Does Back Pain Due to Lung Cancer Feel Like?

Back pain due to lung cancer can be present both during activity and at rest. It worsens at night and with a deep breath. The pain may be sharp and stabbing in nature.

Can Lung Cancer Cause Weight Gain?

Blood tests cannot reveal or diagnose lung cancer, but they reveal the overall health condition of people with cancer.

Can Other Conditions Be Mistaken to Be Lung Cancer?

Based on the type and staging of lung cancer, any one or a combination of the following treatment methodologies helps treat lung cancer.
- Radiation therapy.
- Chemotherapy.
- Targeted therapy.
- Surgery.

Where Can Pain Due to Lung Cancer Be Felt?

People with lung cancer can experience pain in their chest during cough, deep breath, or a laugh. Neck pain and back pain that extends to legs, arms, and buttock is also a frequent finding in the advanced stage.

Lung cancer is of two types, small-cell, and non-small-cell lung cancer. Of the two, the former is a fast-growing and fast-spreading type of lung cancer.

What Ways Can Detox and Strengthen My Lungs?

Am I prone to lung cancer if I have a strong family history of smoking?

Query: Hello doctor,I am 29 years old, and I have smoked three and a half packs for years in total. I quit smoking three years ago, and I smoked half pack a day from ages 19 to 26. My great-grandmother on my grandfather's side died from lung cancer at 49. She was a very, very heavy smoker, and so was her h...  Read Full »

Is there any chance of lung cancer if there is spitting of blood with phlegm?

Query: Hello doctor,If X-ray is clear and the person is having a good appetite and no fatigue but the person is spitting up blood with phlegm not always. Sometimes the phelgm is white and sometimes black and sometimes traces of blood in phlegm. No chest pain, no shortness of breath. Is anything to worry? I...  Read Full »

Why Is It Necessary to Add Images for Online Medical Queries?

Do you have a question on Cancer or Lung Cancer?