History and Composition of Dental Implants

Since the introduction of dental implants over the last 40 years, they are becoming the first choice for the replacement of missing teeth. Please read the article to know the history, the composition of a dental implant, and which material is best for manufacturing an implant. 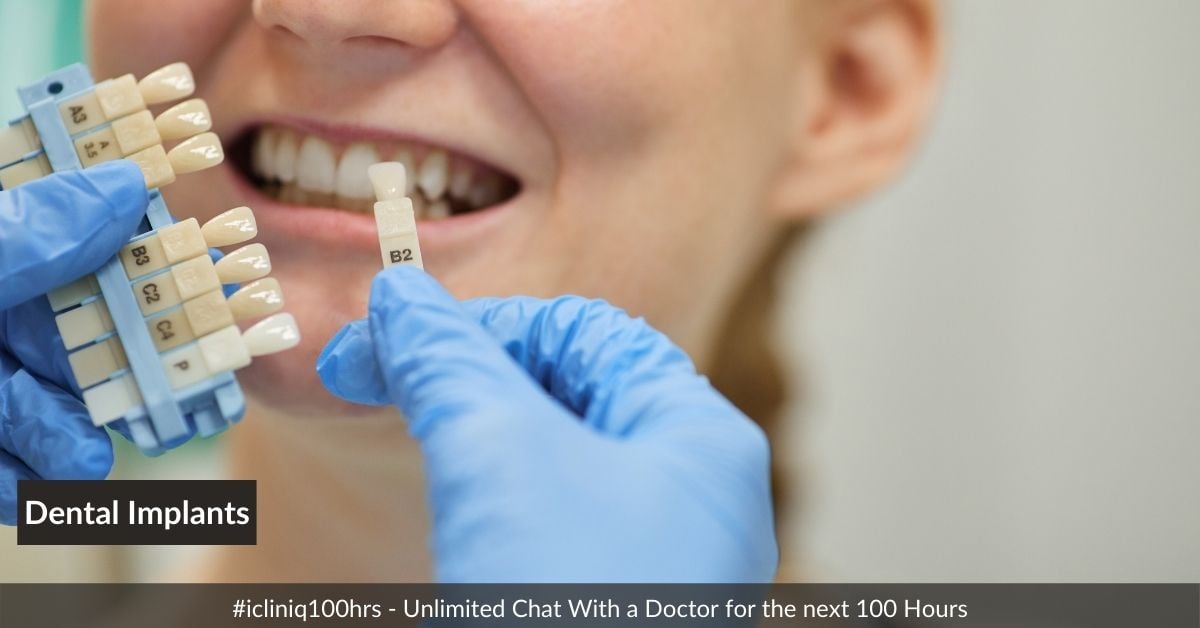 The material surface and designing of an implant play a crucial role in osseointegration (when the implant fuses with the natural bone rendering it stable, also termed as bone-implant anchorage). Apart from the material used for manufacturing the implant itself, surface modifications by physical and chemical means are adopted to roughen the surface of the implant for proper integration into the bone. Increased surface roughness of the implant leads to good bone apposition and reduction in the healing time post implant surgery.

What Is the Material Used for Implants?

As for the material of choice for manufacturing a dental implant-

What Is the History of Dental Implants?

The discovery of dental implant material was in 1791 when Revered Geologist or mineralogist from Cornwall-William Gregor discovered Ilmenite, which he deemed as a mysterious metal that was found at a stream bottom of Manaccan village in the UK. He wrote a report on his work suggesting that this unidentified material was a new element. But it was not until four years later that German chemist Martin Heinrich Klaproth returned to the investigation of Ilmenite and isolated this new element. He suggested the name of titanium be given to this element in honor of titans (mythical giants who ruled the earth until they were overthrown by the Greek gods).

Related Topics
What is the procedure for dental implants in place of fixed prosthesis?
Is there any way to permanently cure clicking of TMJ?
History and Composition of Dental Implants

Other materials that were initially discovered, like tantalum, also gained momentum initially to be manufactured for implants but lost pace later after the full-fledged implementation of titanium alloys. Branemark, who originally experimented with tantalum after the observation of osseointegration (because of titanium integration to the bone) in Rabit femurs, switched over to titanium, which began the story of modern-day implants.

Currently, more than 600 different implant companies exist in the UK and Indian market that cater to the demand-supply of the dental needs as per the quality and pricing of dental implants.

What Are the Few Implant-Based Manufacturing Companies?

Nobel Biocare, Straumann, and Dentsply are some of the famous implant-based manufacturing companies, to name a few.

What Are the Pros and Cons of Titanium Screw and Zirconia Implants?

The shape of implants has had a similar evolution through history ranging from being bladed to subperiosteal (implants made of metal framework that are placed onto the bone rather than inside the bone) to the screw-shaped titanium implants that were predominantly used till they finally were implemented that way.

Histologic results show good bone contact for zirconia and titanium, especially given that zirconia resembles tooth color more and has excellent biocompatibility with bone. But still, the cons of zirconia outweigh the pros for using it as a full-fledged material choice in dental implants. So, look into the pros and cons of zirconia and Titanium implants in this table of comparison.

In fact, studies also suggest those surface modifications physically and chemically also make them more stable in integrating with the bone, just like titanium implants. But due to commercial usage of titanium from the last few decades and a reported increase in the implant failure rates (on experimentation with zirconia as an alternate prosthesis and its disadvantage of material deterioration with time) has led to zirconia not being used for mainstream implant manufacturing purposes. However, the promising results for zirconium definitely give scope for its application in future dental implant prosthetics.

Pushya - "Very detailed info with good comparison on zirconia implants" Shravani - "I understood in detail about the article . implants are the future and present as well when a tooth is missing..nthinggreater than itanium "

Why is there sensitivity in the teeth where caps were placed?

Are You a Good Candidate for Dental Implants?

Article Overview: Dental implants are considered to be effective, long-lasting, and permanent in many patients, but is it always the ideal tooth replacement alternative? And if it is, are you a suitable candidate for an implant prosthesis? Let us explore this further as we consider the factors and complications associated with implant success. Read Article

Any dental restoration that replaces your missing tooth always comes with the patient's expectation that it should be long-lasting, at least for a few years to come. A dental implant certainly fulfills this criterion by naturally integrating with your jaw bone soon after it is placed. A dental impla...  Read Article

Do you have a question on Dental Implant or Prosthesis?