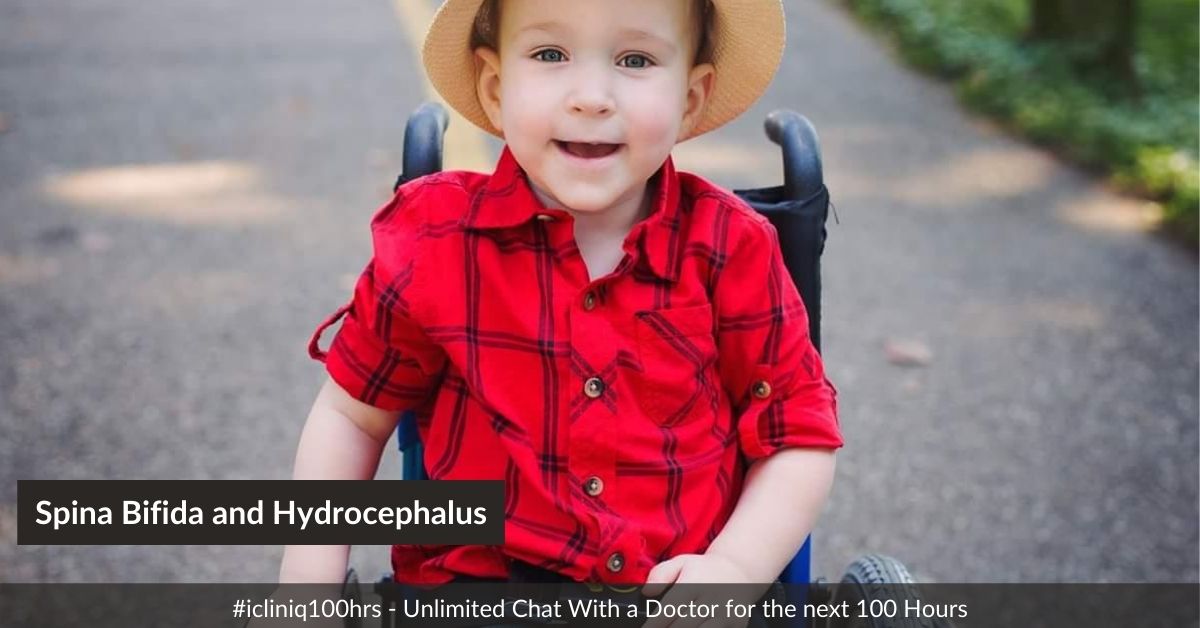 What Is Spina Bifida?

Spina bifida is a condition resulting from the malformation of the brain, skull, spinal cord, and spine to varying degrees that occurs within the first month after conception (pregnancy).

The embryonic tissues, which will later specialize to become the central nervous system (brain and spinal cord), the skull, and the spine, start out as a flat plate that rolls into a tube (neural tube). Defects in the neural tube may be due to:

These have been implicated as the cause of disruption of the normal formation process leading to an incomplete neural tube.

What Complications Do Neural Tube Defects Cause?

Usually, these defects are in the posterior midline.

Why Is Folic Acid Intake Essential for Women?

Neural tube defects occur with an incidence of between 0.1 to 1 per thousand births in developed countries but are significantly higher in undeveloped countries. The intake of 400 micrograms of Folic acid through the daily food intake of women of childbearing age regularly before they become pregnant substantially reduces but does not eliminate the possibility of occurrence.

What Treatments Are Available for Neural Tube Defects?

What Is Tethered Spinal Cord Syndrome?

In the past, surgery was often delayed for some time for spina bifida and the associated hydrocephalus with the idea that these children would be sentenced to live poor-quality lives. But this has been proven wrong. Today, most experts advocate surgery as early as possible to reduce the risk of infection and further injury. While the child is in the mother’s womb, attempts at the surgery are made in a few centers, but the benefit of this procedure which puts both mother and child at risk over early intervention after birth, is not yet clear.

How Is Spina Bifida Classified?

Is It Possible For a Child With Spina Bifida to Walk?

A child with spina bifida can walk with or without assistance like crutches, walkers, braces, or wheelchairs. A wheelchair is the mode of support in highly affected persons as their legs are paralyzed.

What Is the Leading Cause of Spina Bifida?

Though the etiology behind spina bifida is not known, it is probably reported due to gestational folate deficiency. It can also occur due to genetic or environmental factors.

Can We Cure Spina Bifida?

Spina bifida cannot be cured entirely. Instead, it can be managed and prevented from complications. Depending on the stage and severity of the defect, treatment involves surgery, medications, and physiotherapy.

Can a Person With Spina Bifida Conceive a Baby?

Spina bifida affects the sexual health of the person, but she is fertile and is fit to conceive and give a full-term birth.

Spina bifida in adults generally produces back pain and pain at the back of the legs. It is common in persons with spina bifida occulta, although it can be asymptomatic at times.

What Can We Do to Prevent Spina Bifida?

Spina bifida can be limited by starting folic acid supplements at the very early stage of pregnancy. Even more, it is advisable to begin it by at least 12 weeks before conception.

How Does Spina Bifida Affect the Brain?

Infants with spina bifida develop hydrocephalus in which there is increased fluid encompassing the brain. Thereby, ventricles of the brain are filled with water and result in brain swelling.

Who Has an Increased Risk for Spina Bifida?

Babies are more prone to spina bifida if the conceiving mothers have obesity, diabetes, and a history of miscarriage. Also, teenage mothers and those conceiving their first child have a higher risk.

Spina bifida causes disabilities that include improper growth, deformities of the muscle and skeleton, nervous problems, and intellectual inability.

How Does Spina Bifida Affect the Quality of Life?

Children with spina bifida find it challenging to carry out their day-to-day activities, urinary and bowel abstinence, and shape their independent future.

What Are the Effects of Spina Bifida in the Long Run?

When Does Spina Bifida Occur During Pregnancy?

Spina bifida happens in the early weeks of pregnancy, even before the woman finds out she is pregnant. It is detected in the ultrasound scan taken before the 18th week.

What Needs to Be Done if the Child Is Diagnosed With Spina Bifida?

Regular follow-up, adequate care, and observation are needed in children diagnosed with spina bifida. Growth evaluation, the necessity for vaccinations and medical conditions, and supportive medical care are essential.

Can Spina Bifida Harm the Heart?

Fluids in the head contain extraneous proteins that damage the mesodermal organs like the heart, causing heart problems.

Why is there pain in lower back when I lie on a sofa or bed?

Query: Hi doctor, I have pain in the lower back when I lay on a sofa or bed. When I stand, I have the pain in my back. This symptom appears only in the evening. It never happens in the morning or afternoon. I have taken X-ray and analytics. The results are: SV 1 spina bifida. There is a mild tilt of t...  Read Full »

What fertility problems do people with spina bifida have?

Query: Hello doctor, Do people who have spina bifida and have urinary and bowel incontinence also have fertility issues?  Read Full »

Do you have a question on Treatment For Hydrocephalus or Spina Bifida?