Vitamin-D Deficiency and Rickets In Children

Extreme and prolonged vitamin D deficiency in children can result in rickets, which makes their bone soft and weak. This article discusses in detail the causes, investigations, and management of rickets. 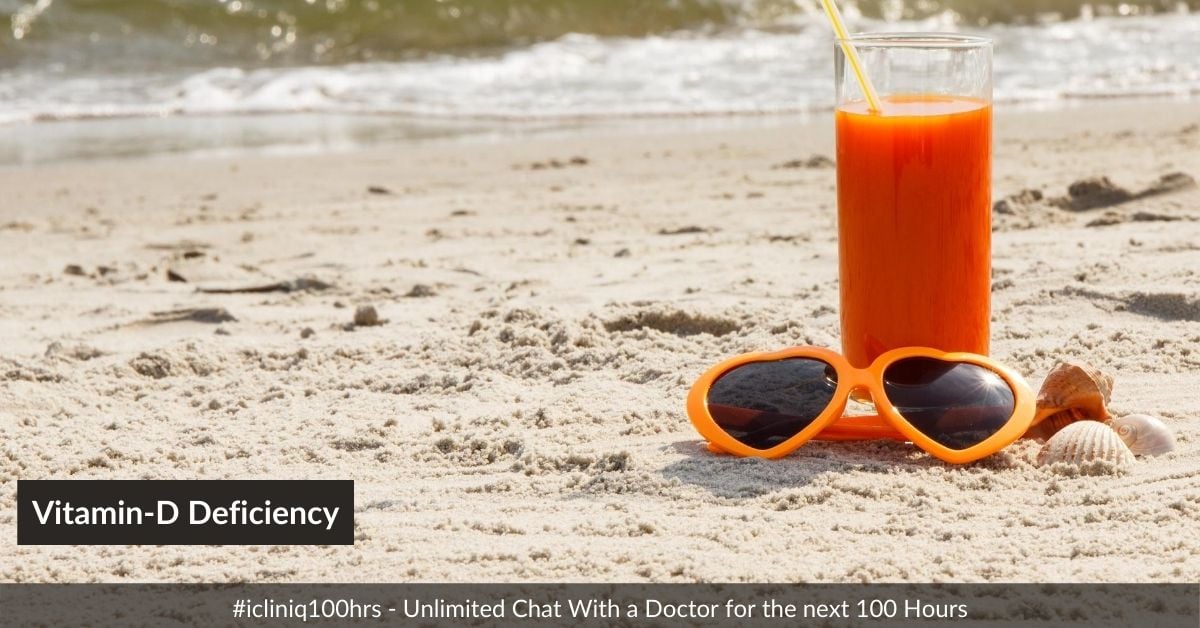 Rickets is a disease of growing bone that occurs in children. It occurs due to failure of bone mineralization. It's management is necessary to maintain growth of the child. It requires simple investigations and supplementation of vitamin D and calcium.

Body synthesizes vitamin D in the skin, under the stimulus of sunlight (ultraviolet light).

Presently industrial revolution has increased the prevalence of rickets. This disease appears as an epidemic in temperate zones due to pollution from factories. The pollution causes blockage of the sunlight and hence rickets.

In some areas of the world there is a custom of wrapping the children in clothes and not exposing their body parts to sunlight, thereby causing rickets. Other reasons are use of sunscreen and involvement of children in indoor activities instead of playing outdoor games.

Cod liver oil is a good source of vitamin D.

Some dairies fortify dairy milk with vitamin D. Although human milk is the principle source of nutrition for the baby it contains very less vitamin D (less than 20-40 IU/L). Therefore, infants who are only breastfed are at the risk of rickets. Hence they require oral supplementation of vitamin D.

Radiography (X-ray) to look for evidence of osteopenia (low bone density). This helps in the follow up, to look for healing.

Serum levels of the following:

In case of rickets serum calcium/phosphate/Vitamin D will be low and and alkaline phosphatase invariably elevated.

Rickets is preventable. Give your baby sunbath for about 15 to 30 minutes daily, depending upon the skin color (more time in babies with a dark complexion, because dark skin blocks penetration of ultraviolet light). This will be sufficient to meet the daily need of vitamin D. Along with this, give a vitamin D rich diet.

What Is Rickets in a Child?

Rickets is a bone disorder in children. It happens due to vitamin D deficiency. This condition can result in the poor development of bones in children. Children with rickets suffer pain in the bones. The bones have an increased tendency to break.

What Is the Cause of Rickets?

Vitamin D and calcium should be given at an adequate level. These two components are available from food, sunlight, and dietary supplements. If vitamin D and calcium are deficient, then it might result in rickets. The bone formation might be affected in individuals who are suffering from rickets.

When Do Children Develop Rickets?

Children develop rickets between the age group of six to sixteen months. This is the time when the affected children require high supplementation of the vitamins. In the initial stages, children who are affected by rickets show increased growth patterns.

Children affected by rickets will show a bending in the spine and thickening in the ankle joints. The joints that are bent will resemble a bow. It is known as bow legs. The abdomen will be protruded. The child will also have a pigeon’s chest. In addition to this, there will be softening in the skull bones that might be accompanied by pain.

Where Is Rickets More Prevalent?

Rickets are more common in Middle Eastern countries, Asian, and Africa. It might cause hyperpigmentation of the skin. This condition is commonly seen in babies who are completely breastfed. It is rare in Europe and the United States of America.

How Does Rickets Affect the Body?

Rickets happen due to vitamin D deficiency. It might result in muscle pain, bone weakness, the fragility of bones and joints. Infants and young children are most commonly affected.

Rickets is not a permanent condition. If the treatment is started at a young age, then it can result in severe complications. In such a condition, there are chances for the condition to move to a more permanent state. Early diagnosis and treatment are recommended for overcoming the condition.

Can Rickets Only Affect Children?

Is It Possible to Walk With Rickets?

Patients with rickets have an increased tendency to fracture. This state will cause pain in the young bones. The child will hesitate to walk even for a short period of time. The walking pattern of the child will become abnormal due to the bowing of the legs.

What Is the Difference Between Rickets and Osteomalacia?

How Do You Get Rid of Rickets?

Rickets can be corrected easily in babies. It is necessary to increase the supplementation of vitamin D, phosphate, and calcium for treating the condition. Rickets usually resolves within a week. The skeletal deformities will get corrected after some time.

What Happens if Rickets Is Not treated?

If rickets is not treated, it can lead to severe developmental defects. The child faces difficulties in growing. The spine appears curved, and vast bone deformities will be seen. It is necessary to get proper treatment from a doctor. You can also contact doctors at icliniq.com.

Osteoarthritis of the Knee

Article Overview: This article provides you with information regarding the wear and tear in the knee joint, its causes, prevention, and methods of treatment available.  Read Article

My doctor has not prescribed any treatment for osteopenia. Is this sound advise?

Query: Hello doctor, I am concerned about my moderately-high calcium levels. I am in my late thirties, in excellent shape and play competitive sports. I am very careful about maintaining a clean diet. Over the past four years, I have had elevated glucose (a1c 6.3) and elevated serum calcium (fluctuating be...  Read Full »

I have had multiple concussions. Is it due to growth hormone deficiency?

Query: Hi doctor, I am a 28 year old male and I have been living with a lower quality of life for the past eight to nine years, starting around six to seven months after I had a pretty severe concussion. I had been diagnosed with post-concussion syndrome and saw several neurologists who ran numerous tests ...  Read Full »

Do you have a question on Osteopenia or Knock-knees?