Q. Which specialist would perform surgery of a galactocele?

Answered by
Dr. Sanjay Kumar Bhattacharyya
and medically reviewed by iCliniq medical review team.
This is a premium question & answer published on Jul 19, 2018 and last reviewed on: Oct 05, 2020 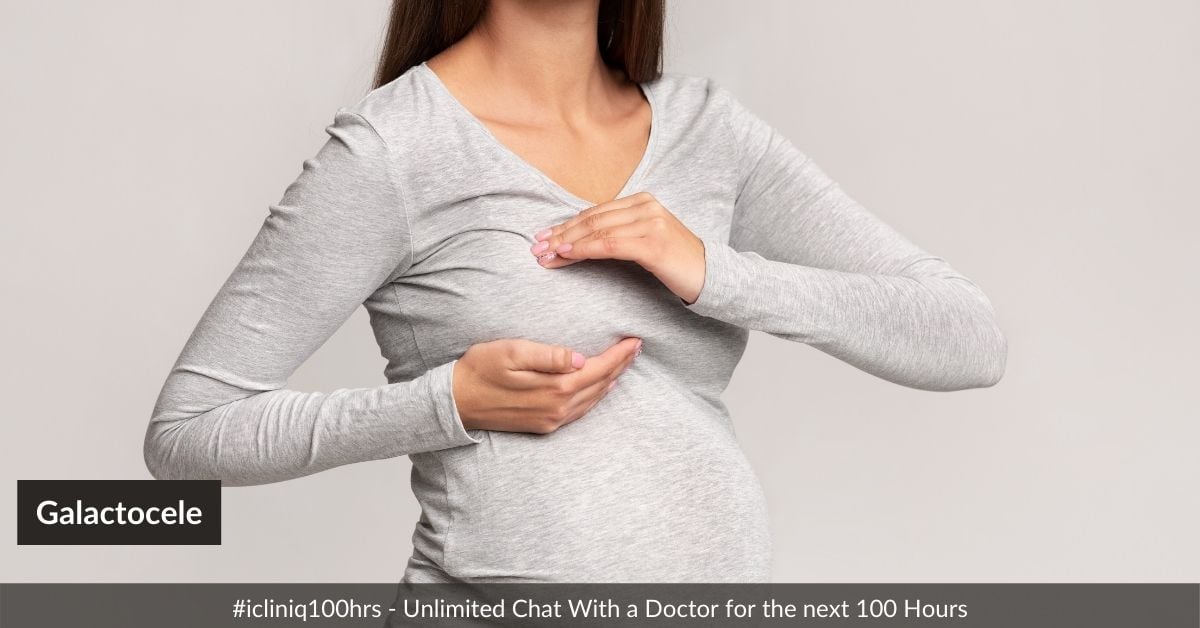 My wife stopped breastfeeding our third child five months ago, after a lot of sucking difficulties and painful nipples. Because of that, her breasts plugged and did not empty properly. She has tried breast pump without any luck. She has now developed painful galactoceles on both her breasts. How long does it take before these galactoceles disappear by themselves? They have not declined in size since all this time. Is it necessary to go for a surgery? If so, what specialist would perform this kind of surgery?

A galactocele is a milk filled space inside the breast. Breast problems are common after childbirth in those women who had stopped breastfeeding or experienced sucking difficulties.

Firstly, I hope you are sure that it is truly a galactocele and not any other swelling. Probably it was diagnosed by mammography already. If not, you have to get it done first to assess the nature of the swelling.

However, considering this as a galactocele, I understand your concern, as five months has passed without any regression of size.

Now, as per my opinion, there are limited options for conservative therapy. Let us hope that it might resolve on its own.

There are two options available. The first one is to go for aspiration of the cysts under ultrasonography guidance. If this fails, the second option of open surgery should be considered for drainage.

And a general surgeon can perform these procedures after a proper diagnosis, and few preoperative investigations.

Thanks for replying. Does a galactocele disturb the female hormones? My wife became pregnant again three months after the delivery. But, they could not find any fetal heart activity several weeks after a positive pregnancy test, just a hint of a yolk. There was a slow increase of hCG levels up to 900, before it dropped down to 200, accompanied by bleeding. The pregnancy ended in an abortion, three months into it. My wife had several episodes of bleeding during these three months. Is it possible that the galactoceles have influenced the hormones, and has lead to pregnancy complications? Or is it just a coincidence?

I am sorry about your loss.

Related Questions:
My Hb is around 12. Should I seek bone marrow aspiration?


The reticulocyte count during the last examination showed 13 %, which would be bone marrow hypo-proliferative if I corrected it with reticulocyte index ... I wonder whether I have some ...   Read full


.. world is free from aging. It is only natural that cataract, a disease of aging, is the most commonly performed non-emergency, daycare surgery in the world. In this article, I try to answer commonly asked questions from cataract patients .. ...   Read full

What are the small clustered cystic areas seen in the left breast.


They will examine and may do an ultrasound of pelvis to check ovaries and uterus ... Hello doctor, I have multiple small clustered cystic areas seen in the left breast ... But you should do a ba...   Read full