iCliniq / Answers / Cardiology / Hypertension / Can hypertension and stress be due to serotonin syndrome?

Q. My brother is hypertensive and stressed. Is this a serotonin syndrome or hereditary?

Answered by
Dr. Muhammad Zohaib Siddiq
and medically reviewed by Dr. Preetha J
This is a premium question & answer published on Nov 09, 2020 and last reviewed on: Nov 25, 2020

My brother is 39 years old and has hypertension. His BP 145/98 normally. But sometimes his BP shoots up to 164/110. Yesterday his BP was 168/110. He was having no symptoms like palpitations or headache, though feeling a bit uneasy. He took Amlodipine 10 mg. After taking some rest, his BP was 152/95. He was in stress then and not able to sleep. I gave him one tablet Ashwagandha to make him relaxed. After an hour, his BP was 145/88. His heart rate was 94. In the evening, he took Flunil 20 for getting relieved of stress. His BP got normal 128/84. At night he was feeling severe nausea, vomiting, and acidity. Now his BP has increased again BP 157/112. Vomiting is not getting stopped. What to do? His first hypertension was detected when he was 18 years old. During the college examination, he got severely stressed that his BP was 162/110, 18 years back. In the past, he used to take Betacap and Statins.

You may take at least two or more readings, and an average of readings is your actual BP. If these measures do not help, then switch to medicines. But before switching, have renal function tests and electrolytes done. If tests are normal, and you are not allergic to components of the following drugs. Tablet Amlodipine or Valsartan 5/160 mg once daily. Take daily in the morning or evening time. Measure BP daily, as described above, for two to three weeks. If it normalizes, continue medicine; if not, reconsult. Please repeat renal function tests and electrolytes after one week of starting this medicine.

Thanks for your reply.

He took Flunil 20, Amlip 10, and Ashwagandha the same day. He also had vomiting and nausea after that. I fear if it was a serotonin syndrome. He earlier never had taken any antidepressants or SSRIs. Can you prescribe a better medicine for stress and anxiety? Sometimes he has panic attacks too. He tells me he is not able to sleep because of stress.

Our father was also hypertensive and took stress a lot. He was also not able to sleep because of tensions he could not avoid. He died of a heart attack. I fear for my brother. Is all this genetic or hereditary? We recently lost our mother, who died of cardiogenic shock and suffered NSTEMI, hypoxia, and severe chest pain.

Thanks for the follow-up.Is he regularly taking Flunil (Fluoxetine) and Amlip (Amlodipine) or just took these medicines for the first time? Flunil itself can cause insomnia. Exercise, meditation, sleep can reduce depression. Avoid sitting without any work, pass time in any activity. Does an overdose of Fluoxetine cause serotonin syndrome? Recently dose increased? If started for the first time, take it 10 mg daily at night. Also, take a Lorazepam tablet to assist in sleep. Regards.

Related Questions:
I have high acidity and food allergy with severe cough and cold. How to manage these problems?


.. I can understand your concern. According to your statement, you have been suffering from cough and cold with allergies to citrus foods, high protein foods which can aggravate stomach acidity with burning sensation and rashes with itching of the ...   Read full

Stress causes stiffness in my neck and back. What can be done about it?


.. symptoms, it seems like fibromyalgia with anxiety. Whenever we are anxious, our autonomic nervous system plays a role, and hence increases the blood flow to various organs by pumping more blood at higher rates, and thus heartbeats can be felt by ...   Read full


Diabetes and other metabolic syndromes ... Check for blood glucose levels to know your level of diabetes risk ...   Read full 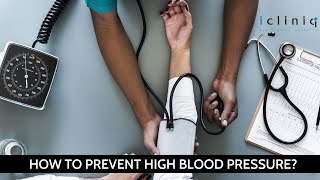 COVID-19 Vaccines in India
Two vaccines, Covishield and Covaxin, have been granted emergency use authorization in India. Read about these vaccines'...  Read more»Sinusitis - Causes, Symptoms and Treatment
Sinusitis is the infection of the air cavities within the nasal passages. Normally, the healthy sinuses are filled with ...  Read more»Asthma and Its Rising Incidence
This article explains about asthma and its causes. It also focuses on the benefits of starting early treatment to lead a...  Read more»