Liver cancer more commonly occurs due to the spread of some other cancer to the liver than the cancer of the liver itself. Please read the article to know more about liver cancer, its causes, symptoms, stages, risk factor, prevention, diagnosis, and treatment 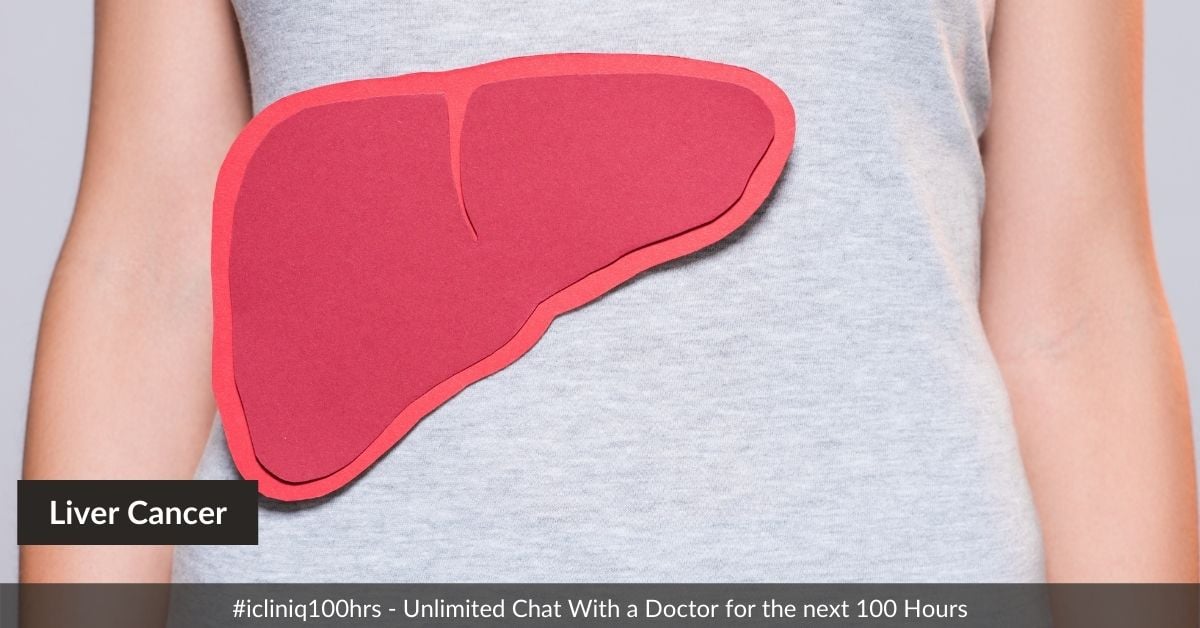 Liver, the largest gland present in the human body, weighs about 1500 mg. It is located in the upper right abdomen region and extends to the upper left abdomen under the diaphragm. The liver has two lobes, the right lobe and the left lobe. The blood supply to the liver comes from the hepatic artery and the portal vein. This blood flows out of the liver using the hepatic vein into the portal vein. The microscopic structures present in the liver are hepatocytes with mesenchymal cells and bile duct cells.

What Are the Functions of the Liver?

What Is Liver Cancer?

Liver cancer is cancer that occurs in the cells of the liver. It is also called hepatic cancer or hepatocellular carcinoma.

What Are the Causes of Liver Cancer?

It is most commonly seen in people with chronic liver diseases like cirrhosis caused by hepatitis C or hepatitis B infections. Other causes are:

What Are the Warning Signs and Symptoms of Liver Cancer?

The symptoms are usually uncommon in the early stages of liver cancer. Symptoms during the later stages of the disease include,

Who Are All at Risk for Liver Cancer?

What Are the Stages of Liver Cancer?

4. Stage 4 Liver Cancer - They are further divided into:

What Are the Diagnostic Methods of Liver Cancer?

What Are the Differential Diagnosis of Liver Cancer?

How to Treat a Patient With Liver Cancer?

Liver transplantation is the most effective treatment for patients with liver cancer. The common types of treatment done for liver cancer are surgery, radiofrequency ablation, radiation therapy, and percutaneous ethanol injection.

Two types of surgery done are:

2. Radiofrequency Ablation - Thisis one of the most common ablation methods used to treat small tumors. Here a thin needle is passed into the tumor through the skin, and high-frequency radio waves are passed through it, which heats the tumor and destroys the cancer cells.

3. Percutaneous Ethanol Injection - This is the first ablative technique used to treat liver cancer. The alcohol is directly injected into the tumor to destroy the cancer cells, which leads to the complete ablation of about 70 percent of the cancer cells. This technique is used when the tumor size is less than or equal to 3 centimeters.

5. Targeted Drug Therapy - Targeted therapy is different from chemotherapy. Here the drugs focus only on the cancer cells exempting the healthy cells.

6. Immunotherapy - In this technique, drugs improve the immune system to kill the cancer cells.

7. Palliative Care - This method helps relieve pain and other symptoms from a severe illness. Palliative care is given when the patient is undergoing aggressive treatments like radiotherapy, chemotherapy, or surgery.

8. Chemotherapy - The doctor uses drugs to destroy the cancer cells and stop them from replicating further. Chemotherapy can be done either through pills or injections systemically to travel throughout the entire body.

How to Prevent Liver Cancer?

While no one can prevent liver cancer, you can potentially reduce your risk by following healthy lifestyle measures like regular exercise, eating a healthy diet, taking limited amounts of alcohol, and controlling weight. It is also essential to avoid infection with hepatitis B and C viruses.

Jaundice in Adults: An Overview

Article Overview: Jaundice in adults can result from alcoholism, liver cancer, hepatitis, and many other conditions. Read the article to know more. Read Article

What Is Jaundice? Jaundice is the yellowish discoloration of the skin and mucous membranes, which is a symptom caused by an underlying disease where there is an increase in the levels of bilirubin in the blood. Bilirubin is a breakdown byproduct. Normally, the liver excretes this bilirubin through t...  Read Article

Please describe the test reports of a liver disease.

Query: Hello doctor,My father has a liver disease. I need the description of the report and the stage of the disease.  Read Full »

Article Overview: The diagnosis of cancer during pregnancy has increased because of delayed childbearing age, advanced imaging techniques during antenatal care, and the known occurrence of age-dependent malignancies. Read Article

Introduction: Cancer, as of now, is considered to be a disease of lifestyle, and a majority of cancers occur in middle and late age. With the postponement of marriage and childbearing in the late thirties, it is not surprising that the number of women diagnosed with pregnancy and concomitant cancer...  Read Article

Do you have a question on Cancer or Liver Cancer?