When Should Tonsils Be Removed in Adults?

Tonsils are removed in cases of sleep apnea or recurrent episodes of tonsillitis. Learn about the indications, best methods, and complications of tonsillectomy. 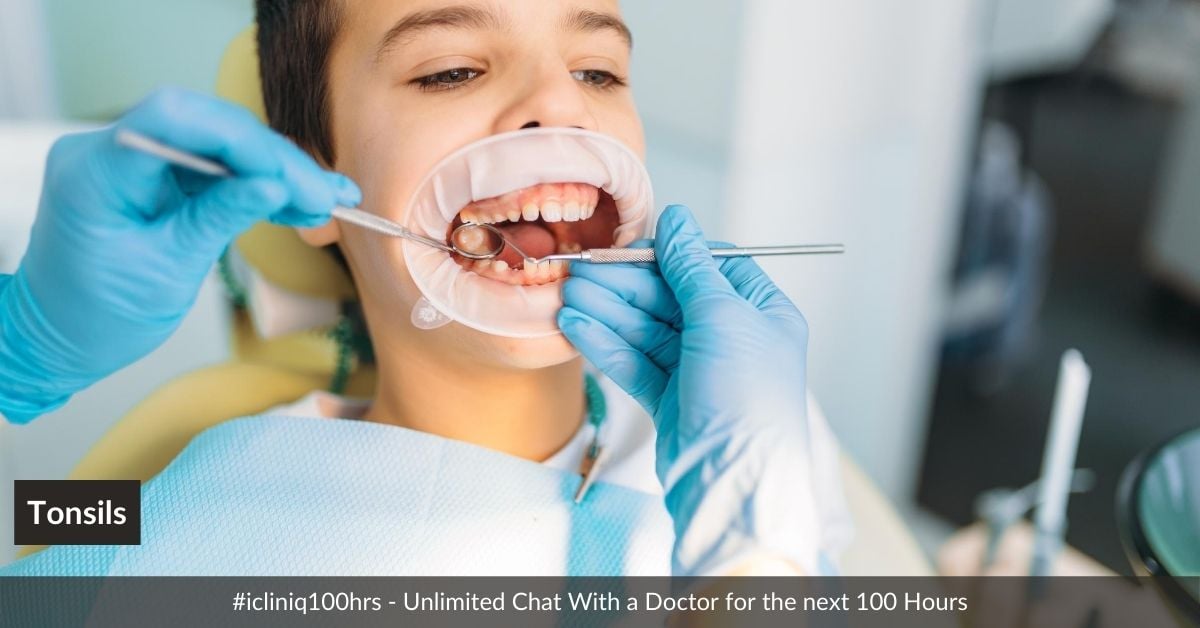 Tonsillectomy is one of the most popular operations in the otorhinolaryngology field. The most frequently asked questions about tonsillectomy are:

When Is Tonsillectomy Indicated?

Tonsillectomy is indicated in certain cases of chronic tonsillitis. Chronic tonsillitis is characterized by inequality in size of both tonsils, congested anterior pillars which cover tonsils anteriorly, the collection of pus inside the tonsillar crypts even in the absence of acute inflammation, recurrent attacks of acute follicular tonsillitis and palpable neck lymph nodes.

Related Topics
As I am suffering from tonsillitis for three years, I do not eat properly. How to gain weight?
My tonsil stones are recurring even after using Augmentin. Why?
Is it normal to have cobblestone appearance at the back of throat after tonsillectomy?

Does Tonsillectomy Affect Our Immunity?

What Is the Best Method for Tonsillectomy?

Now, there are a lot of methods for tonsillectomy such as diathermy, radiofrequency, laser surgery, cryosurgery and the cold surgery. Cold surgery means the use of surgical instruments away from any source of heat as diathermy and laser. The best method is the method that your surgeon prefers. The aim is to remove tonsils completely without primary bleeding.

What Are Tonsillectomy Complications?

Does a small tonsil stone require surgery or will it go away on its own?

Query: Hello doctor, I was diagnosed with a tonsil stone. I have typical symptoms due to tonsil stone along with slight ear pain since the last four to five days. I got checked yesterday and was given an antibiotic and betadine to gargle. It is small in size as said by the doctor. Will it go away or do I h...  Read Full »

How to ease the pain caused by tonsilitis?

Query: Hi doctor, Last week, I had tonsillitis. It got healed. After a few days, it got started again on the right tonsil and it got worsened. Right now, I have problems in swallowing and talking. I also have pain in my right ear and I can barely sleep at night. Sometimes, I get swelling on the inside o...  Read Full »

Why am I having recurrent tonsillitis?

Query: Hi doctor, I am having fever and cold for the past few days. I take medicine Nimsulide Plus. The fever has gone. But the problem is that I am having tonsillitis and it is treated by many doctors but I do not know why but after sometime of treatment they happened to me again. I do not know why. Plea...  Read Full »

Do you have a question on Tonsillitis or Tonsillectomy?