What the Numbers on Your Spectacle Prescription Indicate

The recent trend of an increase in near-vision work, be it on the Android phone, laptops or on paper has caused us to see the number of myopic patients go upward. This shocking trend can be seen by as much as 50 % of the students in higher primary to pre-university being prescribed glasses for low to moderate myopia. 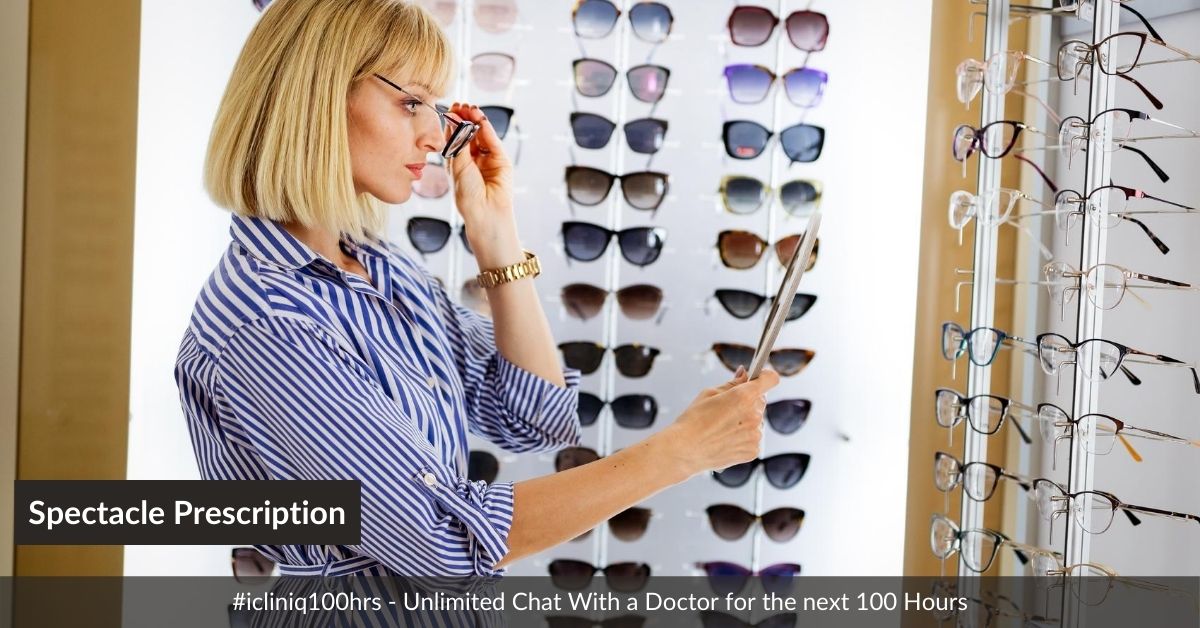 This article has been written with an aim to shed light on the various measurements and their meanings in practical terms to the average spectacle wearer, so that the next time s/he is in an optical shop, they will have some knowledge and a basic understanding of their condition.

Coming to the very basic principle of these errors of refraction and the reason why these particular glasses are used to correct them respectively.

1. In myopia, the essential problem is that, due to prolonged hours of near work, the eye has become accustomed to focusing for near vision, that it has become more powerful than normal to help with focusing the small words and letters that are nearby. Hence, in order to regain the lost clarity of distance vision, the eye specialist needs to make his eyes lose some power and hence the minus lens is used.

Related Topics
This is the fourth time I am changing my spectacles. I have a headache. What do I do?
My son has ROP in both eyes. What precautions should I take for his eyesight?
I have myopia. What can I do to reduce power and quit glasses completely?

2. In hypermetropia, the eye is weak by birth or has not grown long enough by various factors relating to growth and maturation. In this case, the eye cannot see both distance and near objects, causing the patient to be at a more severe disadvantage than the myope who can manage at least all of the near tasks. Here, as the eye is smaller and weaker, we need to give it more power by using a plus lens.

3. In presbyopia, also a condition of weakness of the eye, wherein the weakness is due to aging and hence debility of the near focusing mechanisms of the eye. This is an age-related phenomenon and hence is universal to all. The eye is once again put in a state similar to a weak hypermetropic eye due to the weakness of its near focusing mechanisms. Hence, the plus lens only needs to be used for viewing nearby objects. There is no need for wearing the same power for far objects unless there is coexistent hypermetropia/myopia as well.

With this basic understanding of concepts, it becomes easier to understand the number on the glass prescription.

There are three components that make up any lens number.

A fourth number may be written in the prescription. This is the amount of vision the patient is able to achieve when he was tested using the glasses. The normal visual acuity is 6/6.

Let us start with sphere (SPH) - this lens could be either a plus or a minus lens. The construction of the lens is similar to any glass window or lens around commonly seen. That is, the whole lens has got uniform power.

The cylindrical (CYL) lens is different in that it does not have the same power throughout but only has power along a certain axis (AXS). So, the cylinder and the axis are measurements belonging to the same lens. Once again, the cylindrical lens can be either a plus or a minus lens and the axes of the cylinder is a number between 0 to 180 degrees. The important aspect to understand while you are prescribed cylindrical lenses is that it takes some time to get used to the spectacle as it has power only along one axis. This time taken is mainly for the image recognition centers in the brain to get adapted to image formation with glasses on.

Lastly, coming to presbyopia, the lens is usually the same power throughout and is always, as a rule, plus lens, and above +0.75 and below +3.00.

To summarise, there are one to four numbers on our prescription indicating a specific measurement. The numbers being sphere, cylinder, the cylindrical axis, and visual acuity. It is usually accompanied by the type/pattern of glasses required and any additional coatings in specific cases.

What do these vision screening numbers mean?

Is it good to use Atropine drop for progressive myopia?

Query: Hi doctor,My daughter is 6 years old. She has progressive myopia. She has a high spherical number in her right eye, which is -3.5 and left eye -1.75. She also has a constant cylindrical number which is -3.25 in the right eye and -2.25 in the left eye. According to her pediatric ophthalmologist, the ...  Read Full »

What is the best option other than glasses in case of keratoconus?

Query: Hello doctor, I have an eye disorder (keratoconus). I would like to know whether I can continue wearing soft lens. The hard lens/RGP lens provides a lot of discomfort. Do I have other options apart from glasses?  Read Full »

Do you have a question on High Eye Power or Spectacles?