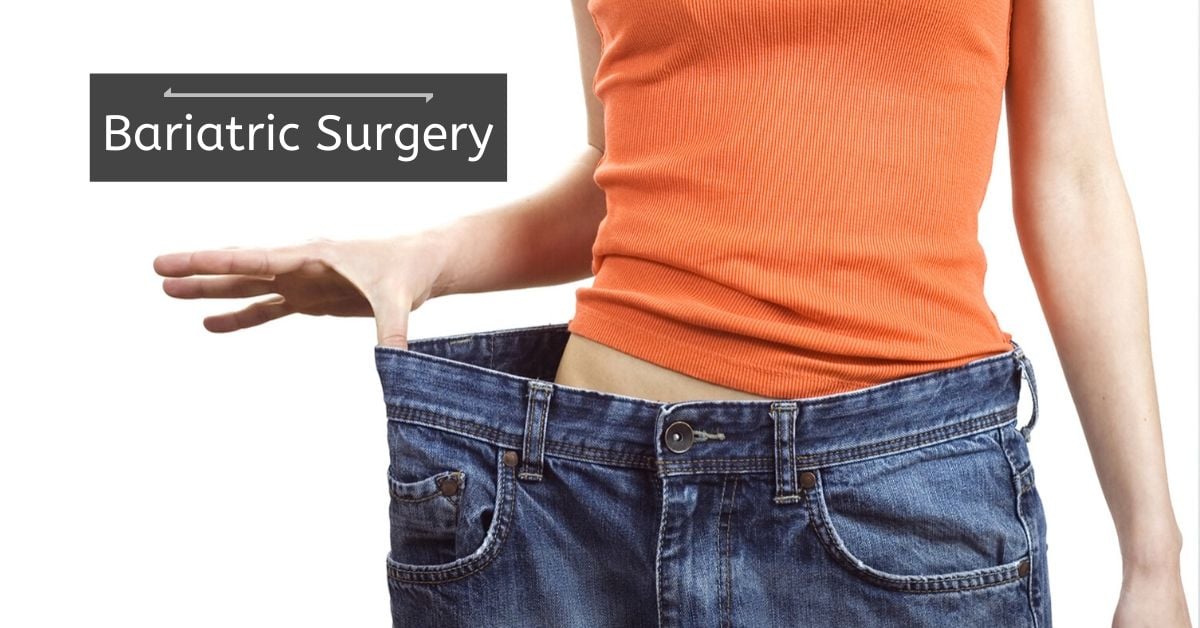 Bariatric surgery are procedures done to reduce food intake in obese individuals, in order for them to lose weight. Body mass index (BMI) is used to determine if a person is obese or not. If a person’s BMI is over 30, he or she is classed as obese.

The common types of bariatric surgery are

The most commonly used procedure amongst these is the gastric bypass. Here, the digestive system past the stomach is re-routed to suppress hunger and make the individual feel full. During the gastric band procedure, an inflatable band is placed around the upper portion of the stomach, which makes the stomach smaller. So people after getting this done feel full after eating less food. In sleeve gastrectomy, 80 % of the stomach is removed. This limits the food a person can eat at a time.

The recovery time varies depending on the patients, but it usually takes months to resume normal daily activities after the surgery. Most patients have to follow a liquid diet, after which they introduce solid food gradually. This surgery not only helps a person lose weight but also lowers the risk of heart problems, diabetes, stroke, etc., associated with obesity.

How Does Bariatric Surgery Help in Weight Loss?

What Are the Common Types of Bariatric Surgery Performed?

The common types of bariatric or weight loss surgery performed are:

It is otherwise called gastric bypass, and it is the most common type of surgery done to achieve weight loss.

The small stomach pouch that is created holds less food, and as a part of the small intestine is bypassed, fewer nutrients and calories get absorbed by the body. The surgery also changes the hormones in the gut, which promotes satiety, suppresses hunger, and reduces the risk of type 2 diabetes. 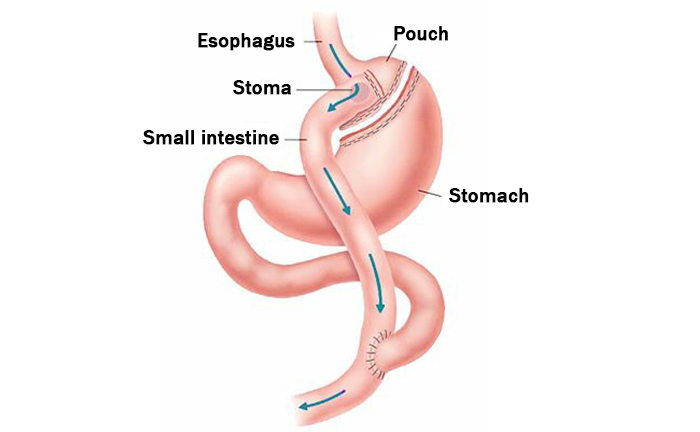 Please suggest the best remedy for back pain.
I am facing mild jaundice and loose motions after bariatric surgery. Please help.
Metabolic Syndrome

It is otherwise called laparoscopic sleeve gastrectomy. In this procedure, around 80

% of the stomach is removed. 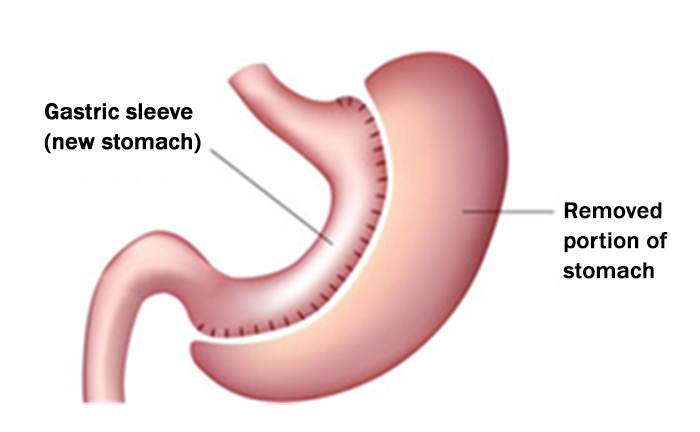 The size of the stomach opening is adjusted slowly over time. In this procedure, normal digestion and absorption is not affected. It does not alter the gut hormones, thus it is not useful in controlling blood sugar levels. It only reduces the amount of food a person can consume at a time. 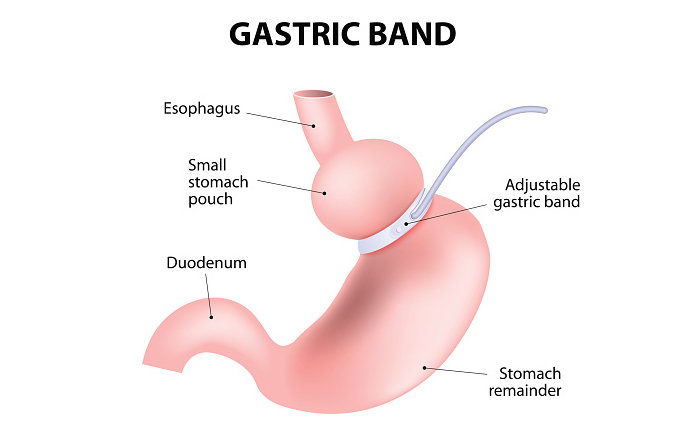 In this procedure, a small tubular stomach pouch is made by cutting of a large portion of the stomach, similar to sleeve gastrectomy. And then a portion of the small intestine is bypassed. This is considered to be the most effective to control blood sugar levels.

The gastric juices and enzymes in the small intestine is also carried to its distal end, where the food is digested and broken down. As the food is not digested until it reaches far down the small intestine, the amount of calories and nutrients absorbed is far less. And as the size of the stomach is small, the patient eats less. As the route of food is altered, it alters the gut hormones resulting in reduced hunger, increases satiety, and blood sugar control. 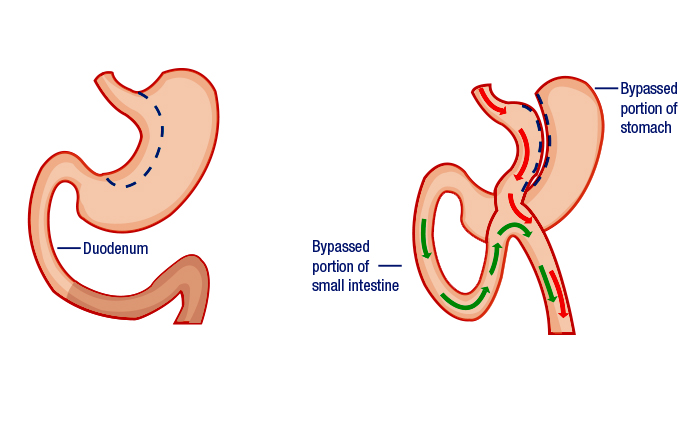 What Are the Complications of Bariatric Surgery?

Some of the common complications include:

Always talk to a doctor before deciding on getting any of the above mentioned surgeries. Make sure you are aware of all the risks that are associated with it. For more information, consult a metabolic surgeon online now.

Will Adepix interfere with anesthesia during sleeve bariatric surgery?

Query: Hello doctor, I suppose to get the sleeve bariatric surgery and I was taking Adepix and I stopped it a week ago. My surgeon told me he thinks I have to be off Adepix for three months before surgery. I only took it for three weeks. Is this true? He said it may interfere with anesthesia?  Read Full »

Can liposuction be done for weight loss?

Query: Hi doctor, I am planning to go for liposuction to lose weight. My weight is 78 kg and height is 5'3". Kindly suggest.  Read Full »

Are my reports all right after bariatric surgery?

Query: Hi doctor, I am a 25 year old male. I had gastric sleeve surgery around 1.5 years ago. I have lost around 55 kg till now and now, my weight is 68 kg. I have not followed the dietary recommendations and vitamin and calcium supplements prescribed by the doctor for quite a long time. Now, I am in poor...  Read Full »

Do you have a question on Weight Loss or Bariatric Surgery?