iCliniq / Answers / General Medicine / Bumps On Penis / What could be the cause of penis blisters?

Answered by
Dr. Saravan Pramod Settipalli
and medically reviewed by iCliniq medical review team.
This is a premium question & answer published on Aug 11, 2018 and last reviewed on: Jun 13, 2019 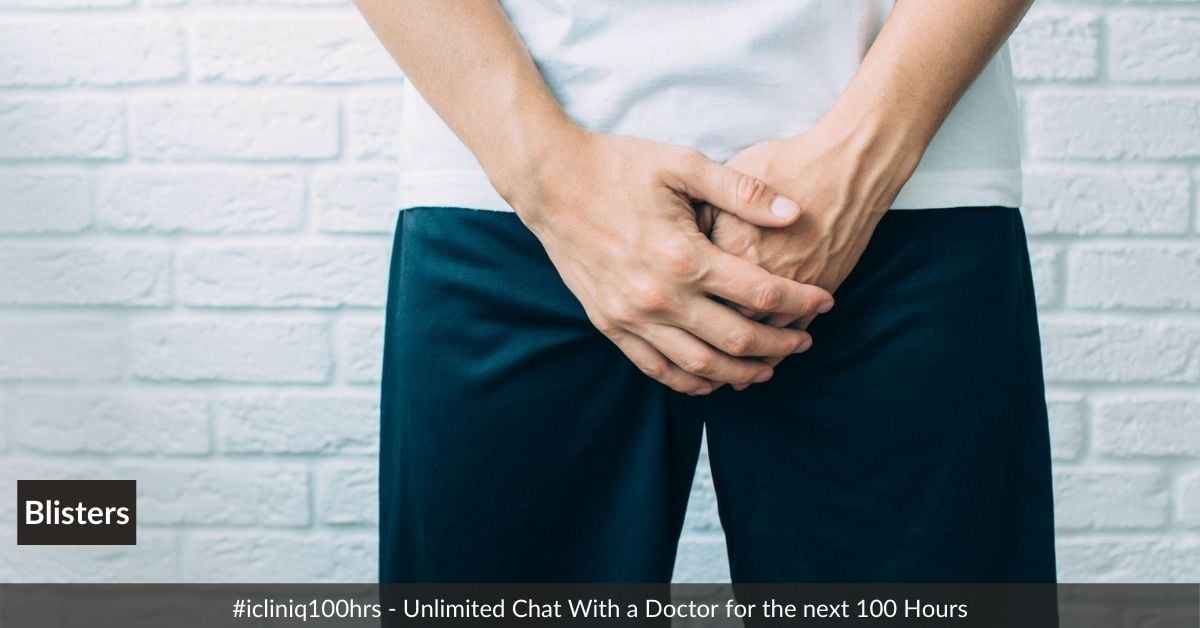 
This is an Ad. icliniq or icliniq doctors do not endorse the content in the ad.

There are a few conditions which cause painful blisters even without a sexual contact, like genital herpes, primary syphilis, impetigo among others.

The treatment would vary according to the details you provide.

If you underwent any investigations, please attach that during the follow-up.

Thank you for the quick answer. And to answer the questions. They are painless except now that the blister had popped and it is tender to touch. There is no form of discharge as far as I can tell except the dead skin from the blister. There is no fever, but I had a pain in the waist, most probably due to the UTI that I had and I took medication for. I have had no sexual partner for the last seven to eight months.

I suggest the following treatment:

There is a hole below my stomach with smelly pus discharging. Help me.

Query: Hello doctor, I have a hole underneath my stomach and it is discharging smelly pus every day. It burst two months ago. It is painful and smelly. Help me.  Read Full »

What are the small flat bumps on penis?

Query: Hello doctor, There are small flat bumps on penis. Is it herpes? I had rather rough sex with a partner a week before noticing these. I have been tested before and it has been negative and I have never had this before.  Read Full »

Why does my penis go flaccid right before ejaculation?

Query: Hello doctor, I had a minor bike accident four years back. A couple of days later, I realized that I was not getting erections. I consulted a urologist and was diagnosed with ED and was administered medicine (in sachets) to be emptied into a glass of water and consumed. That brought back interest in...  Read Full »

I have diffculty in bowel movement without laxatives. Why?

I have pimple in my inner ear with pain. Please suggest treatment.