Q. Etizolam for chronic insomnia patients. Can you give opinion over the long-term use of it?

Answered by
Dr. Ashok Kumar Choudhary
and medically reviewed by iCliniq medical review team.
This is a premium question & answer published on Jun 04, 2018 and last reviewed on: Jan 20, 2022 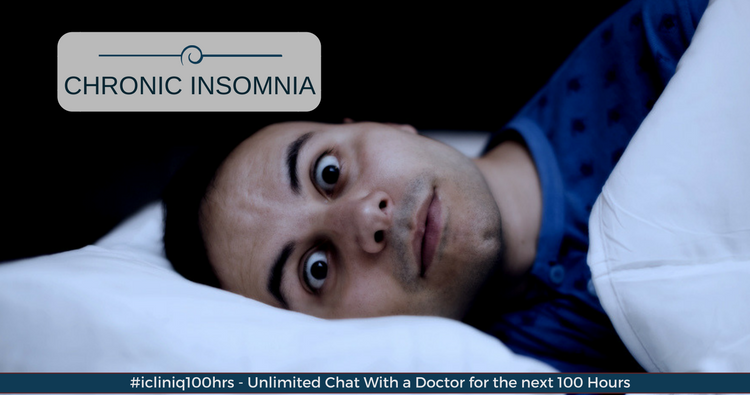 Dear Doctor, All my life (since as far back as I can remember in early childhood) I have struggled with chronic insomnia. I have tried every sorts of pharmacological and non-pharmacological treatment you could imagine, having seen at least seven doctors over 15 years. I have tried everything from zolpidem and similar drugs (no improvement with these drugs) and the benzos (tolerance problems, not good for long term use), to hydroxyzine (ineffective) and trazodone (still cannot sleep and makes me feel ill the next day).

Also I have tried antipsychotics like quetiapine and all sorts of other drugs, and really either they do not work at all, the tolerance issue makes them unsuitable for long term use, or else the side effect profile is too nasty for daily use. I have even been treated with SSRIs and other drugs to rule out underlying anxiety issues. I find myself a very calm person, and my friends know me that way. Also I have been seeing various therapists for years in terms of learning to deal with modifying my lifestyle. I also meditate, practise yoga etc., and only the yoga/stretching helps, but just barely. Finally I was living in Japan for a while where a local psychiatrist put me on etizolam 0.5mg to 2mg per night for sleep. I tried 0.5mg for a few nights without help. 1mg also did nothing. 1.5mg put me to sleep, but I still had this trouble with constantly waking up in the middle of the night as usual. So finally I tried 2mg, and that did the trick. For the first time in my life I could fall asleep at will and stay asleep all night until time to get up, and then not feel all sorts of sleepy/sickly side effects upon awakening. At least in the moment, this has been a wonder drug for me. Now I am back in the United States, so I get my etizolam sent in from abroad. I have been on it for three months at 2mg, sleeping successfully and living a better life, with no tolerance issues. Now, being that it is a benzodiazepine derivative, there is obviously the potential for tolerance. And while I know that with benzodiazepines tolerance is an issue, I also know that the potential for building a tolerance for each benzo depends on the condition being treated. For example my brother takes clonazepam daily for anxiety for years at the same dosage, and while most of the effects have worn off due to tolerance (euphoria, sedation), the anxiolytic effect is as strong as ever and he remains without unbearable anxiety just as well as the day he started. At the same time, if you are looking to "get high" on clonazepam, that effect, you might know, is gone pretty fast. And the anticonvulsant effects only last for a certain amount of time, too. I am sure none of this is new to you, and I only mean to point out that with the benzos the potential for tolerance depends largely on the symptom being treated. Might be a few weeks of good use of clonazepam for seizures, only a few days for getting high, a month for sedation but years for anti-anxiety (making these numbers up, but you see what I mean). And I only put this all here because I am afraid of getting this response that "people build a tolerance to etizolam and so it must not be taken long term." Because the question is to which effect do people build a tolerance, and how quickly, and what percentage of the people, etc. So Iam wondering if there is a strong tolerance effect to etizolam for its anti-anxiety and (in Japan, at least) anti-depressant effect, how does it do for its anti-insomnia abilities? What is the consensus on this matter, and what is your own personal opinion? And has there been any research done on it at all, or is it all based on clinical observation/clinical wisdom? If there have been any studies could you point me to one or two? Have you personally prescribed etizolam for sleep? And if so, have you ever done it for daily use? And is it always, in your case, used only in the short term? And if you have seen patients use it for more than a few weeks/months, was there a point where it just was no longer effective? And how long did it tend to take for it not to be effective anymore? And finally, is it the case that it tends to work quite well for long term use for some patients but not for others, and if so, any idea as to whether it tends to work well that way for more patients or for less? Thank you so much for any help you can give me.

First of all I would like to congratulate you and your doctor for finding a solution for your long standing problem which caused lots of impairment at your end.

Regarding your statement "people build a tolerance to etizolam and so it must not be taken long term" I like to clarify that it is only partially true. Although tolerance is a major issue with all benzos, research has found that etizolam is associated with "Reverse Tolerance" a phenomena in which requirement for dose decreases with passage of time in contrast to tolerance. In two different studies reverse tolerance has been found for anti anxiety effects and anticonvulsant properties.

There is no consensus about development of tolerance for insomnia treatment as it is not available in countries which drive research in psychiatry. Other than this at present, it is recommended for short term use that might be the reason that no one knows its effect or side effect over long term use.

According to your history that states you are maintaining on the same dose (2mg) for last three months, it is unlikely that you are going to develop tolerance for its sedative properties, as development of tolerance is affected by particular drug along with genotype of individual. Regarding my personal clinical experience with Etizolam:

I started prescribing Etizolam in June 2010 when an Indian pharma company launched it in India. Since that time I used this drug for anti-anxiety properties in majority of individuals. Two of my patients who were prescribed etizolam are maintaining on the same dose for more than two years on the same dose (1 mg at bed time for insomnia and 0.25 mg twice a day for GAD Generalized Anxiety Disorder). Fortunately till date both of them are maintaining well till date and none of them complained of development of tolerance. Although it is recommended for short term use for the insomnia patient (almost duplicate copy of you) has found this drug after almost 1 year of suffering and he refused to discontinue this saying that " doctor you know I am suffering for all these years. None of your prescriptions worked for me." After taking all precautions I decided to continue prescribing etizolam to that particular patient.

Although my experience is limited (around 4 years) with Etizolam and it is difficult to make statement about etizolam but with available literature and according to my clinical experience I consider etizolam as non tolerance developing drug although it acts on benzodiazepine receptors.

The reason behind different property of etizolam in comparison to other benzos, lies in its structure. Etizolam is exactly not a benzodiazepine. Its benzene ring is replaced by thiophene ring. It belongs to thienodiazepine derivative that acts on various benzodiazepine receptors.

I hope I answered your query but still if you feel some thing is left, please contact me again. I will be happy to answer everything related to psychiatry. If you feel it is appropriate to have a face to face discussion you can get an appointment for an online video consultation. Or talk to one of our psychiatrist on a phone call --> https://www.icliniq.com/phone-a-specialist/psychiatrist

Thanks and best wishes.

Related Questions:
I suffer from insomnia. What can be done to get a good sleep?


.. that you have been in trouble with sleep disturbances for a quite long time. Also, it appears that you have difficulty in the onset of sleep rather than difficulty in maintaining the sleep. Before proceeding to management, I would like to know few...   Read full

How to approach insomnia and anxiety through ayurveda?


.. comment on your allopathic medicines. You should take those medicines according to your physician advice. But, I can suggest you few ayurveda remedies to overcome your issues. Boil 1 teaspoon of Ashwagandha churna in 1 glass of milk and 1/2 glass...   Read full

Etizolam for chronic insomnia patients. Can you give opinion over the long-term use of it?


I am a 60 year old (otherwise very healthy woman), who was recently diagnosed with heart disease/unstable angina. I had a stent placed in one of coronary arteries 2 weeks ago. I am on ASA 81mg. and Plavix 75mg daily for the next year. I had my rout...   Read full