Porphyria is a group of inherited blood disorders that result in reddish-purple urine and blisters on sun-exposed skin. Read this article to know about it. 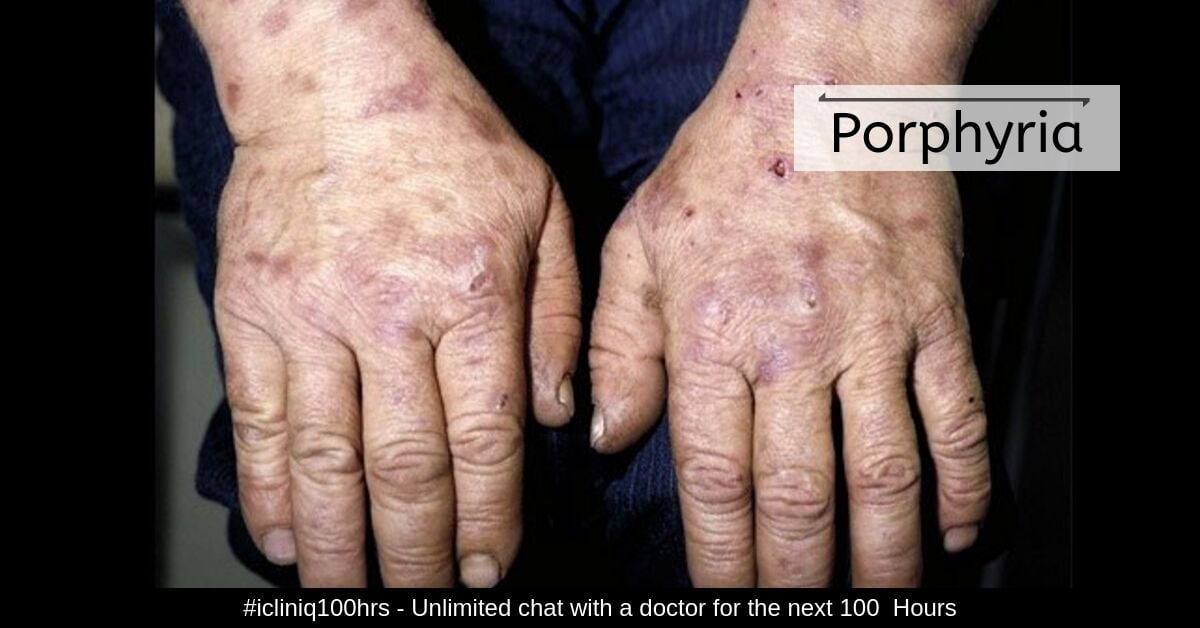 Porphyria is named after a Greek word called Porphura, meaning purple. Porphyria is a group of blood disorders, which is rare and inherited, in which the body is not able to make heme properly. Heme is a component of hemoglobin (a protein in red blood cells that helps carry oxygen to the organs and tissues and transports carbon dioxide from organs and tissues back to the lungs) that gives the red color to the red blood cells (RBCs) and helps them carry oxygen. Heme is made of porphyrin, which is bound to iron and occurs naturally in the body. This compound is also found in myoglobin, a protein in muscles.

Porphyria patients lack the enzymes needed to complete the production of heme, which results in the accumulation of porphyrin in tissues and blood, causing symptoms. The symptoms vary among people depending upon the deficiency of the specific enzyme. The most common symptoms are stomach pain, rash or blister due to light sensitivity, and muscle problems.

Porphyrias are mostly inherited, but rarely they are acquired. All types of porphyrias are inherited as autosomal dominant disorders except congenital erythropoietic porphyria (CEP), which is autosomal recessive. Some porphyrias result in severe and acute symptoms, while some are chronic and cause less severe symptoms.

What Are the Types of Porphyria?

The two main types of porphyria are -

Acute - It primarily affects the nervous system, as it causes damage to nerve cells due to the build-up of chemicals used to make heme. Only one in five people experience symptoms, and the symptoms are usually not seen before puberty or after menopause.

Cutaneous - This type affects the skin. Here, the build-up of porphyrin causes rashes and blisters on the skin due to exposure to sunlight (photosensitivity). It is less severe than acute porphyria and is more common than the acute type. It is further classified into the following types -

Hepatic - These types of porphyrias are associated with liver problems. The subtypes include:

Erythropoietic - These types are caused due to problems in RBCs. The subtypes are:

The most common type of porphyria is porphyria cutanea tarda (PCT).

What Are the Symptoms of Porphyria?

Depending on the severity, type, and individual, the symptoms of porphyria can vary widely. However, some of the common symptoms include:

Most types of porphyria are inherited (hereditary). So, according to their genetic nature, they can be -

Some people have the gene or genes but do not show any symptoms.

There are some types of porphyrias that are acquired and not inherited. PCT (porphyria cutanea tarda) is an example of the acquired form, but the enzyme deficiency may be inherited.

What Are the Risk Factors for Porphyria?

Some factors that can trigger symptoms include -

What Are the Complications of Porphyria?

Some of the complications of porphyria are:

How Is Porphyria Diagnosed?

As the signs and symptoms of porphyria are similar to some common diseases, tests are done to rule out all other possible conditions. For example, the doctor might suggest taking tests like computed tomography (CT) scans, chest X-rays, and echocardiogram (EKG or ECG) to rule out physical problems. In some cases, blood and urine tests might also be needed.

How Is Porphyria Treated?

There is no specific treatment for porphyria. Treatment is done by avoiding triggers and treating symptoms.

How to Prevent Porphyria?

There is no sure way to prevent this disease, but stopping some triggers can help prevent porphyria, such as -

Most people with porphyria usually recover from the symptoms; however, a genetic mutation causes this condition, leading to the appearance of symptoms throughout life. Early diagnosis of this disease can help lead a normal life and easy management of this disease.

When was porphyria discovered?

Dr. J.H. Schultz was the first person to record a case of a 33-year-old male who had reddish urine, skin sensitivity, and an enlarged spleen. At that time he called the condition pempigus leprosus. Later on, Dr. Schultz was credited by giving the disease the name porphyria.

Which drugs cause porphyria?

Some of the drugs that can cause porphyria are:
- Hormonal drugs containing Estrogen.
- Anesthetics.
- Anticonvulsants.
- Barbiturates.
- Some antimicrobials like Clindamycin, Erythromycin, and Ketoconazole.

Porphyria is derived from the word “porphura,” which means purple in ancient Greek. Porphyrin is the byproduct of hemoglobin metabolism. In porphyria, this porphyrin accumulates in the body giving the urine reddish-purple color.

Does porphyria cause blue urine?

Porphyria usually causes the urine to turn reddish-purple in color and not blue. Bluish discoloration of urine can be due to food coloring or a sign of bacterial infection.

How long does a porphyria attack last?

Acute attacks of porphyria can last for a few days to weeks. But if it results in nerve and muscle damage, then it can take longer to get better.

No, porphyria is not contagious. It is a rare inherited condition, so it can only be passed on in the genes.

Can porphyria cause mental illness?

Porphyria can affect mental health, as it can lead to anxiety, restlessness, paranoia, insomnia, confusion, and hallucinations.

Which porphyria is most common?

The most common type of porphyria is porphyria cutanea tarda (PCT). This primarily affects the skin. It causes painful blisters and lesions on sun-exposed skin. 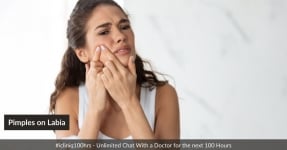 Do you have a question on Porphyria or Porphyria Symptoms?