Role of Diet in Dermatology

There are a few diseases in which diet has a definitive role. This article stresses upon the importance of diet in dermatology. 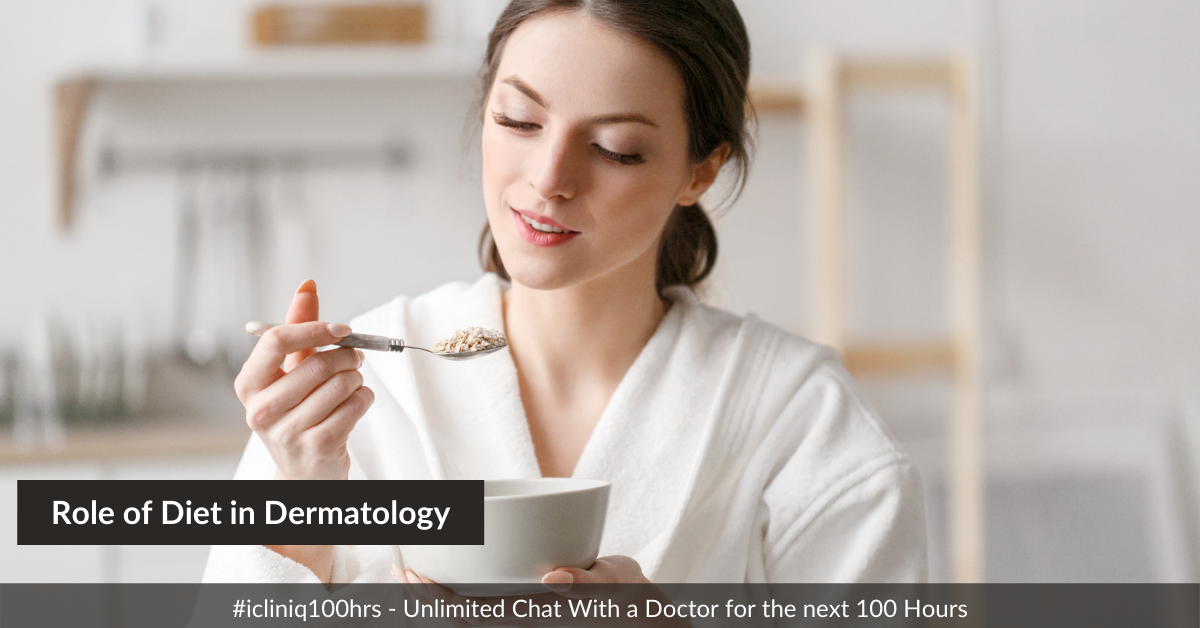 The word diet is derived from the Greek word "dieta" which means 'way of life'. The role of diet in the management of certain dermatological diseases is proven, and in some diseases, it probably plays a role.

Related Topics
Role of Diet in Dermatology
Why did I develop hives after tattoo?
Please suggest homeopathy medicine for urticaria.

Article Overview: Acne is a skin condition caused by obstruction of the follicles with oil and dead skin. It presents as whiteheads, blackheads and pimples, among teenagers commonly. Read Article

Introduction: Clear skin is an obsession for almost everyone. Many cosmetic procedures are available to provide clear and acne-free skin. We all would have come across various advertisements for products aiming to provide acne-free, smooth skin in our day-to-day life. But what is this acne all abou...  Read Article

Article Overview: This article discusses the social problems encountered by teens as well as adults due to acne. Read Article

What Is Acne Vulgaris? Acne vulgaris is nothing but the prevalent form of the acne itself. These are also referred to as pimples or spots. Acne is the most common skin problem encountered in teenagers and adults. It has been estimated that around 85 % of teenagers are affected by acne. How Is Acne V...  Read Article

Do you have a question on Develop Allergies or Allergy?