Oral mucocele or mucous retention cyst is a common lesion of the oral cavity that occurs as a result of salivary gland obstruction and trauma. Please read the article to know more in detail. 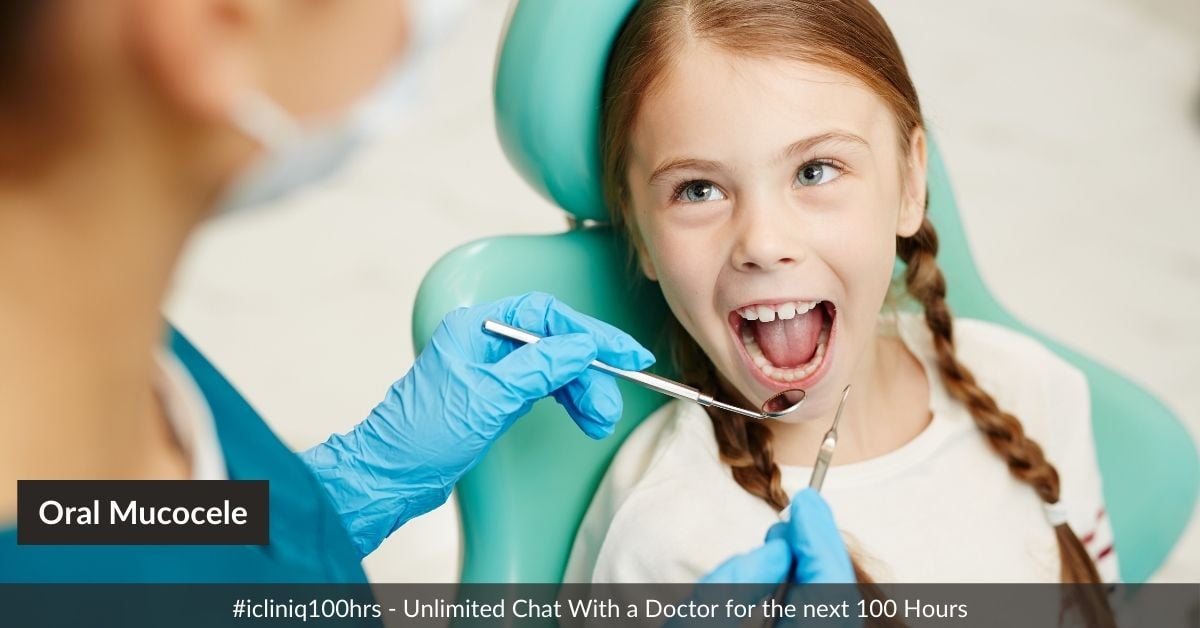 What Is a Mucocele?

What Are the Clinical Manifestations of Mucocele?

Discomfort, pain, and swelling in all areas result from the presence of a growing or a larger mucocele. Oral mucoceles are found most commonly in the oral cavity, with more than 70% of patients who are either young adolescents or children with a major prevalence below the 21-year range. The only exception to this prevalence is the ranulas, which may be simply put as oral mucocele occurring in either 30-50 years of age group or a retention mucocele commonly found in between 50 to 60 years of age group.

What Are the Causes of Mucocele?

Mucocele may arise from extravasation or retention of mucus with a diameter of 1 mm to as large as 2 cm. The pathogenesis of the extravasation cyst or mucocele may be due to the following etiologic factors:

How Is Mucocele Classified?

Based on the position of the cystic mucocele either within the mucosal surface and based on the pathology of the lesion, mucoceles are mainly categorized as below:

Related Topics
I have a benign multinodular goiter. Is there a need for thyroidectomy?
I noticed a clear bubble under my tongue.It is not painful.Is this due to an infected tooth?
Bohn's Nodules

What Is the Difference between a Mucocele and a Ranula?

This is amongst the most common questions for a dental surgeon or practitioner and is crucial to diagnose and differentiate between a mucocele and a ranula. The ranula is also an oral mucocele of the sublingual gland; that is, it occurs in association with the submaxillary or sublingual gland ducts in the floor of the mouth specifically. Less often, it arises from the parotid duct (maxillary salivary gland duct). As its resemblance is similar to that of a bullfrog's throat, its terminology as a ranula came into existence. Hence technically, a ranula is an oral mucocele of the sublingual origin.

One more major difference between the pathogenesis of a ranula and mucocele is that, unlike the mucocele, the ranula is a very slow-growing painless mass that enlarges eventually overtime in the floor of the mouth. Ranulas can be further of a deep plunging sort wherein the ranula often herniates through the mylohyoid muscle and is called the cervical or deep plunging ranula. It is usually treated by marsupialization of the cystic content or the removal of the entire sublingual gland if it is recurring in nature.

How Is Mucocele Diagnosed?

How Is Oral Mucocele Treated?

Considering that the pathology of trauma is typically responsible for initiating the blockage, spillage, or obstruction of the salivary glands, the management strategy does not vary much for both extravasation and retention of mucoceles. There is often a discharge of viscous fluid from the swelling following the build-up of cystic content. Hence the most common mode of removal for large or persistent lesions preferred method is surgical excision. This involves the removal of the cyst, the mucosa around it, and the glandular tissue until the muscular layer is reached, which is the procedure termed marsupialization (considered most effective surgically yet fails when the recurrence rate is high).

But if the mucocele exhibits recurrence, then the most successful surgical option is to remove the salivary gland source itself, especially in sublingual mucocele or ranulas. Surgical excision of the cyst or marsupialization is associated with a few complications, which include:

In case of a ranula, apart from marsupialization treatment strategies so as to prevent fear and help with effective pain management in young adults and children suffering from mucocele, the following recent advanced techniques are highly recommended:

To conclude, oral mucocele is a benign and commonly prevalent condition that can cause discomfort, swelling, and pain. Investigations, diagnosis by the maxillofacial surgeon or dentist, and painless surgical management only for large or persistent mucoceles to prevent recurrence of the lesions are useful in its management and to maintain oral health.

What could this mass on top of the intestine be?

Query: Hello doctor,There was something found on top of the intestine that measured 17 x 4 cm. We would like to receive a diagnosis from your doctors. We have attached the reports for your reference. We have known about this diagnosis for about four days. The patient experienced pain in his back, so he wen...  Read Full »

Why do I feel soreness at the root of my tongue after every meal?

Query: Hello doctor, I am 28 years old, and currently, I have a medical issue. Every time after a meal, I feel this sort of soreness in the root of my tongue. It feels like the root is pushing the tongue up. The same happens when I drink coffee and coca-cola. I was wondering if I could get some help diagn...  Read Full »

I have a painful lump in my breast. Are my reports suggestive of a breast cancer?

Query: Hi doctor, I have a lump on my breast that is painful. It is on the right breast, under the underarms. I was given vitamin E medicine, and I was told to get ultrasound and FNAC. I have attached both my reports. The reports say FNAC smear prepared from right breast reveal abundant neutrophils admi...  Read Full »

Do you have a question on Mucocele or Ranula?