Our world is progressing faster than ever, also progressing are the rumors and myths surrounding diabetes. Read on as we bust some myths. 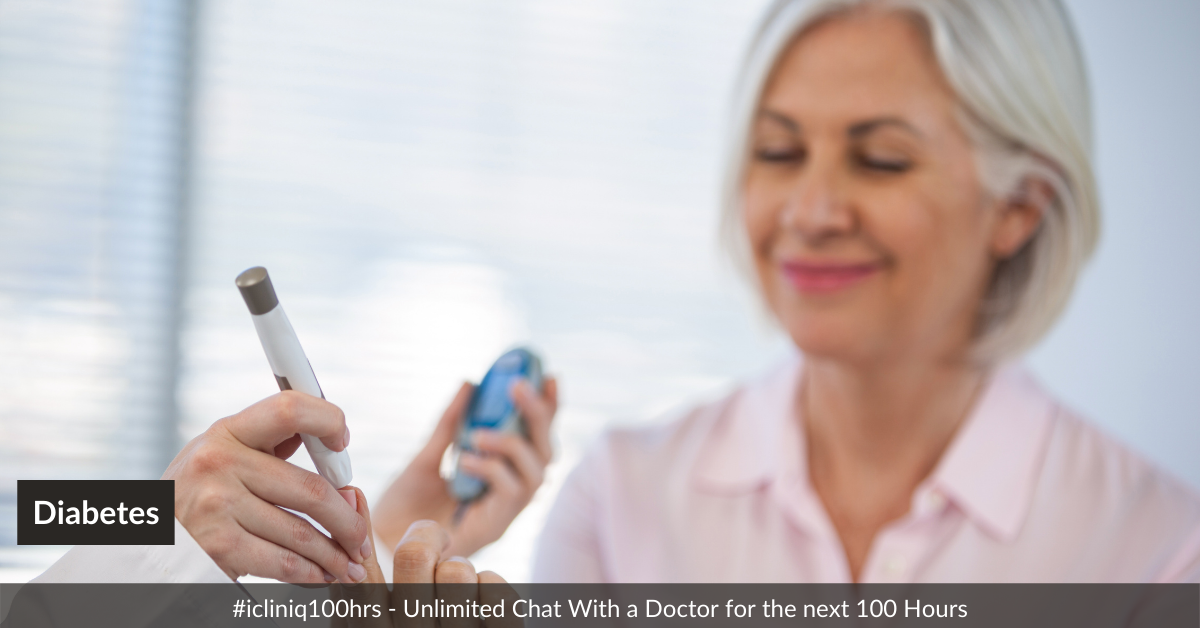 To benefit the large number of individuals who live with or are in danger of diabetes, we are focused on helping you comprehend this interminable sickness. Please read the common myths that surround diabetes.

The misconceptions about diabetes risk factors, side effects, diabetes-friendly diet, and more could influence how diabetes patients deal with themselves are referenced in this article. Individuals with diabetes cannot generally tell certainty from fiction. What is more, with the web flooded with clashing views on diet, practice, and glycemic control, it is anything but difficult to perceive any reason why.

This diabetes myth is extensively repeated. Clearly, it is not true. No sort of diabetes is mild. When type 2 diabetes is insufficiently regulated, it can lead to various side effects and even affect your heart. Incredible control of diabetes can basically reduce the risk of complications, but this does not mean the condition itself is not serious.

Related Topics
Diabetes Mellitus and Oral Health
Diabetes - How Aware Are You?
I am advised to take Novastat while on insulin. Is it safe?

Myth 4: People With Diabetes Should Only Eat Diabetic Food

Diabetic food is one of the most notable myths of the last ten years. The name 'diabetic' is consistently used on sweet substances. Normally, in such food items, sugar alcohol or various other types of sugars are used as opposed to sugar. Diabetic food will routinely still impact blood glucose levels, is exorbitant, and may similarly cause hostile side effects. It is recommended that people with diabetes maintain a healthy lifestyle and avoid foods that claim to be good for blood sugar levels.

Myth 5: People With Diabetes Go Blind and Lose Their Legs

Diabetes is the primary cause of visual debilitation and also causes various complications consistently. In any case, those people with diabetes that control blood pressure, glucose, weight, and quit smoking all extend their chances of leading a trouble-free life. Visual problems are preventable. Most diabetic patients can avoid eye-related complications wide margin if they keep up with yearly diabetic checkups religiously. Uncontrolled diabetes can affect the nerves and blood circulation, resulting in ulcers in the feet. Sometimes, they need amputation, but this can also be prevented.

This myth is based on a mistaken theory. It can be dangerous for diabetic people to drive if they have an episode of hypoglycemia. Regardless, hypoglycemia is a preventable state, and by a wide margin, the majority of people with diabetes at risk for low blood sugar levels can practice various methods to prevent hypoglycemia while driving. In any case, the myth that individuals with diabetes are hazardous drivers is not true.

Myth 7: People With Diabetes Should Not Play Sports

Myth 8: People With Diabetes Cannot Do Many Jobs

Having diabetes will not prevent you from having an occupation. With the enhancements that have been made in the treatment of diabetes, the number of people with diabetes that are ineligible for multiple jobs is presently exceptionally small. The military is one calling which may keep individuals with diabetes from entering explicit jobs, for example, cutting edge administration. Yet numerous different positions will be available. It is significant that individuals with diabetes that cannot work, for singular or multiple reasons, might be qualified for explicit advantages.

Myth 9: People With Diabetes Are More Likely to Be Ill

This is one of the ridiculous myths surrounding diabetes. Diabetes cannot be gotten off another person. Diabetes is not caused by a virus, bacteria, or other pathogens, and hence it is a non-transmittable illness. This means it cannot be passed on by sneezing, through touch, nor by means of blood or some other individual to individual methods. The principal manner by which diabetes can be presented is from parents to their kids. Yet even this is just a hereditary probability of diabetes and not simply the condition.

Around 9 out of 10 grown-ups with diabetes have type 2 diabetes. Type 2 diabetes was called non-insulin subordinate diabetes, albeit some expect insulin to control their blood sugars. Type 2 diabetes is treated by diet, exercise, and some of the time, medicines. We now know that blood sugar levels can be controlled and make a living with type 2 diabetes more manageable. Some people with reasonable control over their lifestyles have had the option to fall off medicines and become exceptionally well. Diabetes influences around 400 million grown-ups around the world. That is, many individuals share this condition! In certain countries, getting Insulin for diabetes is a genuine struggle. Indeed, even in an extremely rich nation like the USA, a few people cannot manage the cost of Insulin. China is the nation with the highest number of people with diabetes.

Meet you next time; till then, eat well, and live protected.

Article Overview: The number of people being diagnosed with diabetes is drastically increasing. To know how diabetes affects your heart, kidney, and brain, read the article. Read Article

What Is Diabetes? Diabetes or diabetes mellitus is a condition that affects how your body uses blood glucose or blood sugar. Glucose is an important source of energy for the cells in the body, and it is the main source of fuel of the brain. There are many types of diabetes depending on the cause, b...  Read Article

How to manage diabetes?

Query: Hi doctor, My father is suffering from diabetes. His blood sugar values are around 350-470 in the report. Earlier, he never had such a problem. Please provide some solution and help us to get it cured.  Read Full »

Query: Hi doctor, This is about my elder sister who is 37 years old. She is diabetic since 4 years. I have attached the report and prescription of the same. Please check and give suggestion. Now she is suffering from swollen face. Is there any problem in kidney due to high sugar level?  Read Full »

Do you have a question on Hypoglycemia or Diabetes?