GERD (Gastroesophageal Reflux Disease) is a common condition affecting more than half of the world's population at some point in time during their life. Read the article to know about its symptoms, diagnosis, and treatment. 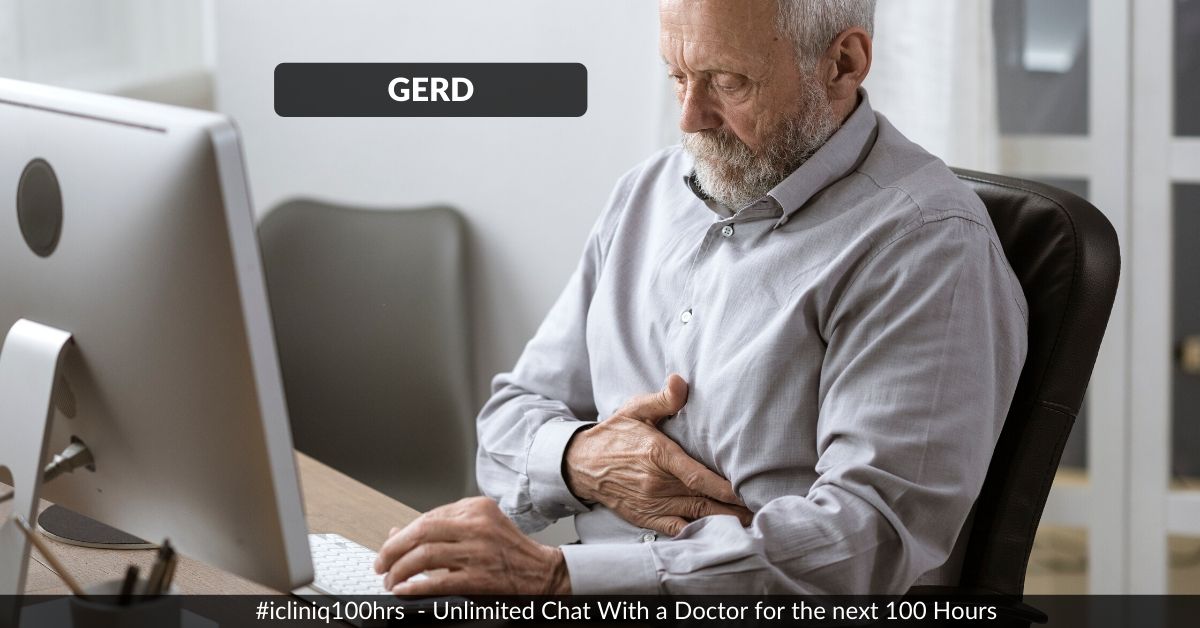 What Is Gastroesophageal Reflux Disease (GERD)?

Gastroesophageal reflux disease is a condition in which our food pipe called the esophagus is exposed to acid produced within the stomach. In normal circumstances, our stomach produces approximately 1 liter of acidic juice, which helps to digest food. In normal healthy individuals, this acid does not come in contact with the esophagus, because of the presence of a competent valve called lower esophageal sphincter. The lower esophageal sphincter is produced by a sling of muscle fibers wrapping the lower part of the esophagus at the junction stomach with the food pipe.

In patients with GERD, this sphincter or in other words this valve becomes loose and patent, allowing acidic juices from stomach to flow in retrograde direction to lower part of the food pipe, resulting in pain, heartburn, sore throat, sore taste of mouth, bad breath, cough, nausea, and vomiting in some patients.

A large proportion of patients with GERD present with heartburn, chest pain, and regurgitation of acid into the mouth, altered taste in the mouth in the early morning after one wakes up from sleep, and some other non-specific symptoms such as cough, sore throat, and asthma.

Related Topics
I have heartburn, dry cough, and nausea for almost a month now. Can you suggest medicines?
I have heart burn and a small bubble like growth in the throat. What could it be?
Can chest pain have other reasons than heart attack?

A physician has to have a high level of suspicion to establish a diagnosis of GERD among individuals with chronic symptoms of cough, chest pain, sore throat, and asthma. Initially, this acid reflux could cause simple ulcers, which can respond to acid-suppressant medications, however in the long term, if acidic reflux is not controlled, it could narrow the lumen of the esophagus (peptic strictures) or result in Barrett's esophagus, which is a precancerous condition.

The confirmation of the presence of gastroesophageal reflux requires typical symptoms and/or evidence of ulcers on endoscopy, and evidence of acidic exposure to the lower part of the food pipe, by using a specialized test called pH impedance testing and/or SmartPill (PillCam).

After a thorough assessment and evaluation through history, physical examination, and some relevant investigations, patients can be safely started on proton pump inhibitors for a certain duration of time. They can later taper to the minimum dose, which is effective in controlling acid reflux. So, it is always essential to give a trial of proton pump inhibitors to see if it does resolve the patient's symptoms. A close follow-up with a physician is required to evaluate for any improvement after the start of proton pump inhibitors.

In around 30 % of patients, the symptoms of chest pain, heartburn, sore throat, and sore taste of mouth and cough do not improve to a single dose of proton pump inhibitors. Among such patients, a dose-escalation policy is adopted.

If symptoms are more at night, I suggest using an anti-reflux mattress specially designed for patients with GERD and frequent awakening at night due to acidic taste in mouth or heartburn.

There are certain patients who do not respond even to double doses of proton pump inhibitors therapy, and such individuals have refractory gastroesophageal reflux disease. They require a different approach to diagnosis and management.

How can I treat the pain a little left under my Adam's apple?

Query: Hello doctor, There is pain under Adam's apple a little to the left. I have a history of acid reflux. There is a pain in the throat with acid reflux. I did see an ENT about two years ago. Everything was fine except for swollen vocal cords due to the acid reflux. I also had thyroid studies and ...  Read Full »

Chest pain since 15 days. ECG & TMT reports are normal. What could be the problem?

Query: Hello Doctor, I am having chest pain since 15 days. My ECG & TMT reports are negative. But still I am suffering with the pain. Please suggest me the appropriate treatment.  Read Full »

Do you have a question on Heartburn or Chest Pain?