Q. After taking abortion kit, how to confirm abortion?

Answered by
Dr. Sameer Kumar
and medically reviewed by iCliniq medical review team.
This is a premium question & answer published on Jun 22, 2017 and last reviewed on: Jan 28, 2019 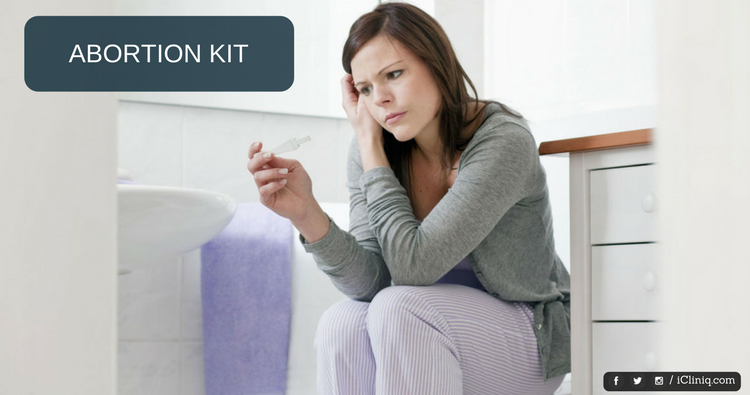 I had unprotected intercourse on the 11th. My menses date was on 26th of the same month, but I missed my menses. I had a pregnancy test after eight days and it was positive. I took the first set of abortion pills on the same day at 6:30 PM. At 10:30 PM, I started to have bleeding and the cramps and pain continued till morning 6 AM. It bled and five to six blood clots were there. I took my second set of pills at 10 AM. After that bleeding was very less, but the cramps were there. Till now I have some bleeding and small spots with an interval. Is everything working well? I want to assure that the abortion is complete. Please suggest me.

The bleeding experienced may just be an endometrial shed and the gestational sac may not have been aborted out at all, because cytotrophoblastic invasion has not been stopped by the first pill called Mifepristone. As the bleeding has stopped it is suggested that you should get a transvaginal ultrasound done tomorrow or today to see if the sac has been aborted or not as you saw fewer blood clots and no tissue like glistening lump. I feel that you have not aborted yet as the pills have been wrongly consumed.

I want you to mention the name of the pack that you have used or the name of the pills that you have consumed. There are multiple packs available and the only concern in such early pregnancy of less than seven weeks is that Mifepristone is required 36 hours prior to Misoprostol intake and then completion success rates are higher. Nevertheless, get a transvaginal ultrasound done to check for completion and review with the report.

The name of the kit is Termipil kit, combo pack of Mifepristone and Misoprostol and five tablets were there. I took three of them first and two tablets later. What is the color of gestational sac? When we can say that it has been removed? I do not have heavy bleeding, but spotting is still there. I had cramps and clots. I bled for the first eight hours of the first set. Is it fine? Please suggest me.

You have taken the pills in a wrong manner. Mifepristone is to be taken alone and then after 36 hours two pills of Misoprostol has to be taken and then after another four hours the remaining two pills of Misoprostol. The successful completeness cannot be guaranteed in your case as the sac does not seem to have passed, which are a fleshy, shiny and glistening good covered mass. If it passed, then one can say that medicines have worked.

Still, as you have expended the kit, please do not take more tablets now. Wait for the bleeding to stop and then do an ultrasound after 48 hours of stoppage of bleeding to confirm the completion. You may follow up with the reports or in case of excess bleeding.

|
Related Questions:
I want to know if pills Mifepristone, Misoprostol are genuine and reliable and how to use it?
Baby has a heartbeat of 110 bpm.Is there a chance of abortion?Please help.
Is it fine to use Mifepristone for abortion after C-section?

Please tell me the uses of Misoprostol.

Fetal ultrasound failed to detect heartbeat. Has the child been aborted?

Query: Hello doctor, My wife's last period date was two months ago. After one month, we came to know through blood tests that she is pregnant. She had her first ultrasound 10 days ago and the baby is fine at five weeks and five days with a heartbeat of 114. But for the last three to four days, she saw som...  Read Full »

Will Mifepristone and Misoprostol be effective if taken after 49 days of pregnancy?

Query: Hello doctor, My fiancee is 59 days pregnant. So we consulted a doctor for an abortion and she prescribed Mifepristone and Misoprostol for the abortion. But the doctor had told this method should be used before 49 days. So if these tablets are taken on the 59th day, how much effective it would be?  Read Full »

Can naked body to body massage spread HIV?
Hello doctor, I recently had some business trip during which I had some naked body to body massage wherein massager vag...  Read more»Are COVID-19 Patients Infectious for up to 90 Days After Recovery?
There have been reports of recovered COVID-19 patients getting reinfected and testing positive for almost 3 months. Read...  Read more»Crohn's Disease
Crohn's disease causes inflammation of the digestive tract, which results in symptoms like severe diarrhea, stomach pain...  Read more»