iCliniq / Answers / Obstetrics and Gynaecology / Heartbeat Of Fetus / Baby has a heartbeat of 110 bpm. Is there a chance of abortion?Please help.

Q. Baby has a heartbeat of 110 bpm. Is there a chance of abortion?Please help.

Answered by
Dr. Sameer Kumar
and medically reviewed by iCliniq medical review team.
This is a premium question & answer published on Nov 18, 2017 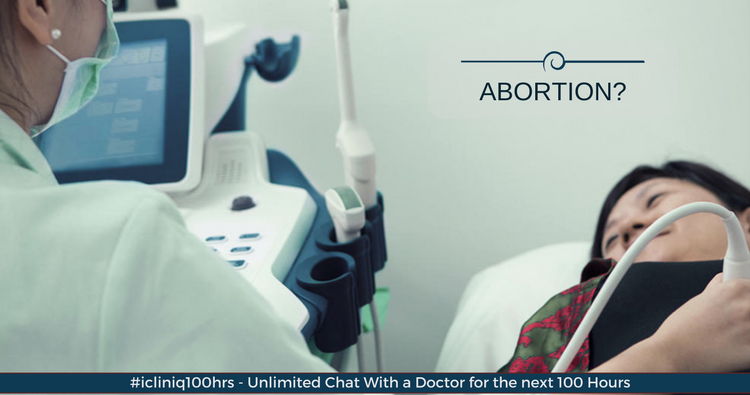 My wife is 5 weeks and 6 days pregnant. The doctor diagnosed that the baby has a heartbeat of 110 bpm and there is a chance of abortion. Please advise.

If the heartbeat is present, though it is 110 bpm which is less, we cannot definitely say that the heartbeat of the fetus would stop.

But a close follow up and repeat scan is required after a week to keep a watch on the heartbeat of the fetus.

Missed abortion a condition where the dead fetus remains inside the uterus without being expelled from the uterus would ensue once the heartbeat stops.

There are no intrauterine medications to stabilize the heartbeat.

Thanks for your quick reply doctor.

Looking forward for your reply.

The heartbeat of 115 bpm indicates bradycardia (decreased heart rate) which may be because of a probable heart lesion or may have a genetic deformity or may be a mechanical factor.

However, in 30 percent of cases it is seen that the heart beat recovers by 8 weeks of gestation and stabilizes.

So, one needs to keep a watch through ultrasound scan weekly.

It is difficult to predict the outcome in such cases though, but what one can offer is rest to the patient to improve blood supply to the uterus and better oxygenation to the fetus thereby.

Also progestational support may be offered in the form of tablet micronized progesterone 200mg daily at night to prevent any abortion.

She should take rest as per my advise and not exert herself.

Watch for next 2 weeks at least.

The outcome is unpredictable, but efforts have to be put in for the best.

Exertion and stress often are implicated in early abortions, so they have to be taken care of.

|
Related Questions:
Baby has a heartbeat of 110 bpm.Is there a chance of abortion?Please help.
How do I use Mifegest kit to abort 8 weeks pregnancy?
I did not go for the follow-up appointment after an abortion. Will it cause any problem?

Fetal ultrasound failed to detect heartbeat. Has the child been aborted?

Query: Hello doctor, My wife's last period date was two months ago. After one month, we came to know through blood tests that she is pregnant. She had her first ultrasound 10 days ago and the baby is fine at five weeks and five days with a heartbeat of 114. But for the last three to four days, she saw som...  Read Full »

Why is my wife bleeding from the anus after abortion?

Is the abortion process complete or not?

Query: Hello doctor, I recently had an abortion pill. I took Mifepristone tablet first then after 36 hours, I took four tablets of Misoprostol of 200 mcg orally. At first, there was light bleeding during one hour then after some time I had heavy bleeding and it almost soaked two pads and it continued for ...  Read Full »

I get twitches on my calves, shoulders, and head after getting the Novavax COVID vaccine. Please help.
Hello doctor, I got the Novavax COVID vaccine. Since I had the vaccine, I had bad arm pain. But the scary thing that ha...  Read more»It hurts when I push above my left breast bone. Please help.
Hi doctor, I have been having some chest pain issues. When I push above my left breast bone it hurts in only one spot. ...  Read more»Bird Flu (Avian Influenza) - Causes, Symptoms, Mortality Rate, and Treatment
Bird flu or avian influenza is a viral infection that spreads among birds and can affect humans rarely. Read the article...  Read more»