iCliniq / Answers / Dermatology / Swelling On Penis / How is furuncle on the penis treated?
ADVERTISEMENT

Q. A bump has appeared on my penis. I have feverish symptoms. What could it be?

Answered by
Dr. Atishay Bukharia
and medically reviewed by iCliniq medical review team.
This is a premium question & answer published on Apr 28, 2015 and last reviewed on: Sep 12, 2020 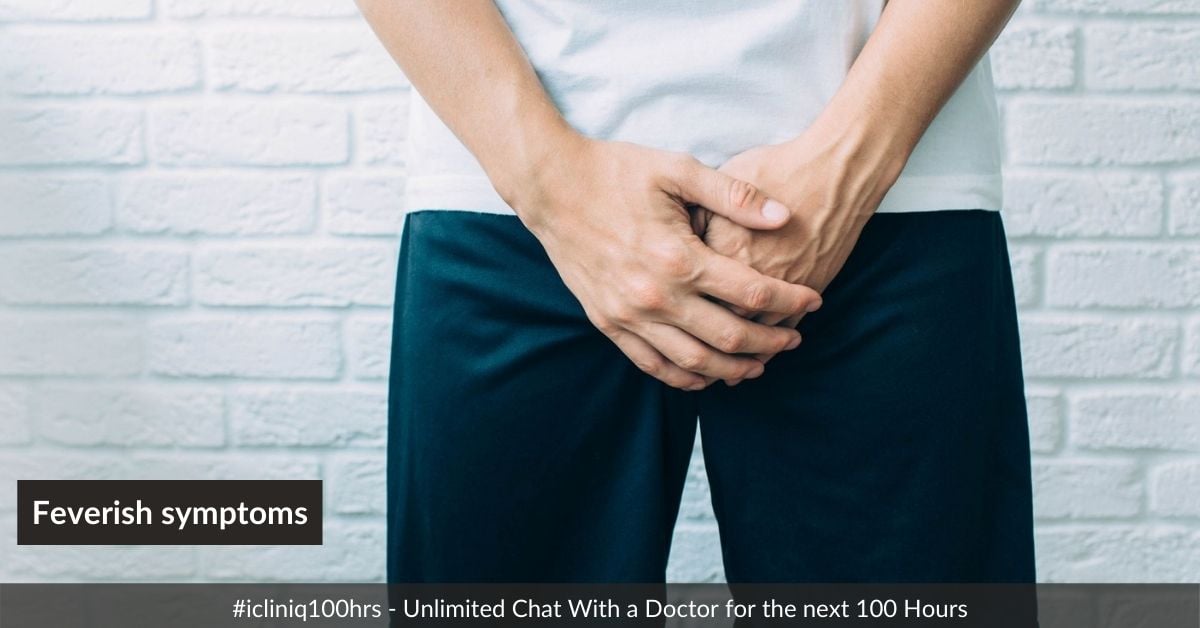 I have a problem. I am a 24 year old caucasian male.

1 and a half years ago a boil - carbuncle formed on my penis, popped after 4 days. I used Framykoin for a week and it went away. A month later molluscum contagosium formed right above penis, stayed like that for 2 weeks, then doctor burned it off with liqud hydrogen, and gave me betadine to use. It healed within 2 weeks.

11 days ago a bump appeared on my penis, near foreskin. I thought it was a boil which I had before, so I kept applying Framykoin for 5 days, it kept drying the bump. Then visited a urologist, he tried to pop it but it was not poppable. He told me to stop using Framykoin and let it heal by itself. Well, I decided to use betadine instead (I am on the 3rd day now).

Bump hurts when I put pressure on it, and hurts only very slightly when idle. Bump was itching during first week as well, but only little bit. There is no visible head, it is approximately 10x7mm big, dome shaped, when I tighten the skin on penis, it becomes a visible bump, and is shiny. It is more like purple/red. There is no visible head and is unpoppable and is kind of firm when squeezed (but top is soft). Also, after 2-3 days I found out lymph node was swollen near groin area and I had feverish symptoms (but that could have been due to fact that I also have been using internally for 7 days oregano oil, since the bump appeared, and oregano oil is a strong natural antibiotic). It is certainly not herpes, I do not have those, and symptoms look nothing like it. I hope it is not a cancer either, we do not have it in family (so chances are reduced). It also cannot be an STD, since I have been only with my wife.

I have attached pictures of the bump. What could it be, furuncle, carbuncle, molluscum contagosium, inflamed sebaceous gland or cyst, or something else?

Coming to the differential diagnosis and treatment:

Chances of it being furuncle is less as it is a progressive condition and would have certainly popped out by pressing.

Carbuncle is the collection of furuncle, so chances of it again is very less.

Since you have a history of molluscum, it could be molluscum, but you have destroyed its classical morphology by popping it out in early stage.

It can certainly be an infected sebaceous cyst or infected apocrine gland which are normally present in high number over the genital area.

You were right of it not being any STD.

Lymphadenopathy is a non specific finding and could be due to any infection involving the genitalia.

Continue betadine lotion and do not try to pop it out.

Revert back after two weeks to a dermatologist online for review --> https://www.icliniq.com/ask-a-doctor-online/dermatologist

Related Questions:
A boil present above my beltline is oozing out from multiple pores. What should I do?


.. can occur due to a bacterial infection of the hair follicle and it can cause painful pus-filled eruptions on the body. If you are having a frequent recurrence, then it can occur due to persistent infection or reinfection. Please mention whether yo...   Read full


.. Your father has swelling above the penis which is reduced after passing urine. Recently he took Chymoral forte. No urinary issues like dribbling or thinning of stream. Alright, I actually appreciate if I could see the picture of the swelling. Bu...   Read full

How to prevent bleeding on brushing?


Ask your dentist to do cleaning of your whole mouth (dental scaling) to remove calculus and plaque from your teeth and gums ...   Read full