Viral hepatitis is the infection and inflammation of the liver caused by viruses that can lead to liver damage. Read the article below to know more about viral hepatitis.

What Is Viral Hepatitis?

The term hepatitis refers to inflammation of the liver. When the cause of this liver inflammation remains to be a viral infection, it is known as viral hepatitis. In viral hepatitis, the liver becomes swollen and painful as a response to the infection. Liver damage also occurs. Five viruses are known to cause viral hepatitis, and this condition is contagious, meaning it spreads from one person to another. The viruses that cause this infection are known as hepatic viruses. As of now, only five to seven viruses causing hepatitis have been identified, but there are several unidentified viruses causing hepatitis, which will sooner or later be discovered.

What Are the Types of Viral Hepatitis?

Based on the duration of symptoms, two types of viral hepatitis exist,

Based on the types of hepatic viruses causing the disease, five types of viral hepatitis exist. They are,

Though hepatitis B infection is usually acute, it can become chronic too. The ways through which hepatitis B spreads are;

Thankfully vaccines are available to protect and prevent oneself from contracting the infection.

The ways through which hepatitis A spreads are,

Related Topics
I had iron deficiency anemia three years ago. Why was my liver enzyme level elevated?
I have fever, rash, stomach pain and other symptoms. How to diagnose the problem?
My SGPT is 49. Is it dangerous to liver?

Around 85 % of the hepatitis C-infected individuals develop chronic viral hepatitis over time. And most people living with hepatitis remain unaware of their infection and unwittingly transmit hepatitis to others. No vaccines are available to date for hepatitis C.

What Symptoms Does Viral Hepatitis Cause?

People with viral hepatitis experience similar symptoms regardless of the type of hepatic virus causing it. Most times, viral hepatitis does not cause any symptoms or causes mild symptoms. When present, they include,

When chronic hepatitis sets in, the following symptoms can occur;

What Is the Incubation Period of Viral Hepatitis? 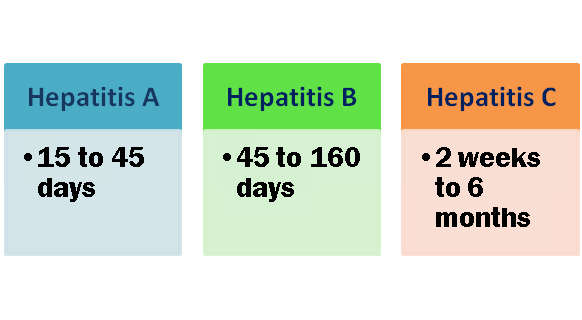 Who Is at Risk for Viral Hepatitis?

How Is the Diagnosis of Viral Hepatitis Made?

What Complications Does Viral Hepatitis Cause?

Viral hepatitis in its acute form does not cause any serious complications. But when the infection resides for a long time, more than six months (as in the case of hepatitis B and C), it becomes chronic, which can later worsen to cause complications such as,

How Can Viral Hepatitis Be Treated?

There is no cure for hepatitis A. Other types of chronic hepatitis are treated with antiviral medications and interferons.

How Can Viral Hepatitis Be Prevented?

What Vaccines Are Approved for Viral Hepatitis?

The United States Food and Drug Administration (FDA) has approved the following vaccines; 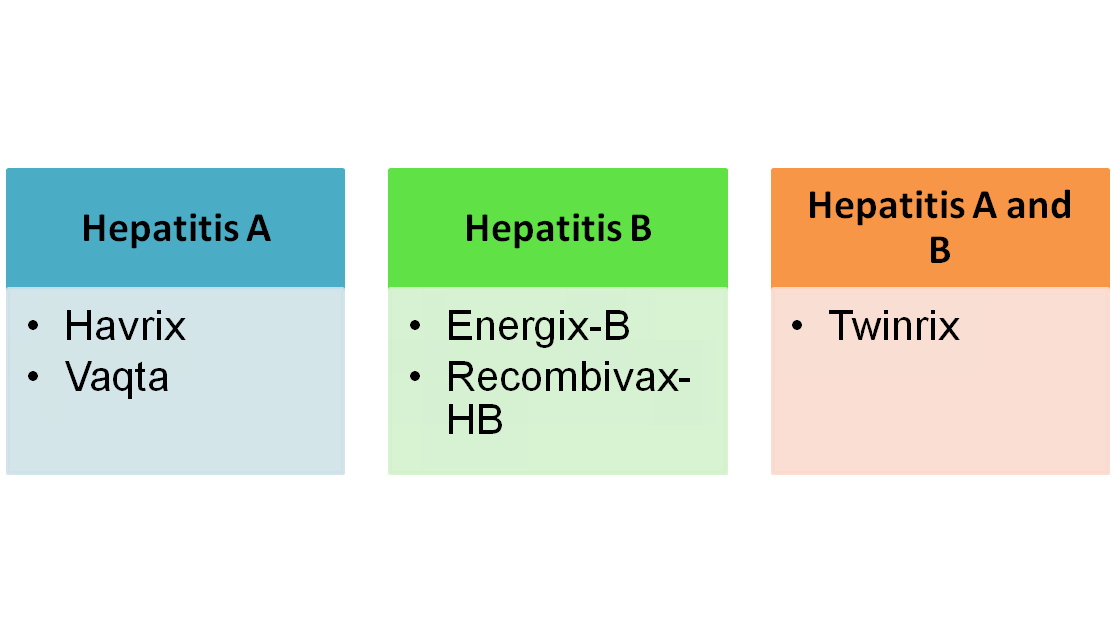 All people with an increased risk of hepatitis are advised to get hepatitis vaccines. Most people recover from acute hepatitis with supportive care. Those with chronic hepatitis need to take medications with a doctor's prescription for a period of six months and should get their liver condition assessed regularly to prevent complications.

Viral hepatitis is caused by hepatitis A virus (HAV), hepatitis B virus (HBV), and hepatitis C virus (HCV).

What Is the Most Effective Drug Used in Treating Viral Hepatitis?

The most effective combination drug used in treating viral hepatitis is Pegylated interferon and Ribavirin.

How Long Does It Take To Recover From a Hepatitis Infection?

Without any treatments and medications, a person might recover in four to eight weeks. In some people, hepatitis might become a chronic infection.

What Are the Stages of Hepatitis Infection?

There are four stages in hepatitis infection,

Can Hepatitis Infection Be Cured?

Unfortunately no, viral hepatitis cannot be cured entirely. However, appropriate treatments can manage the symptoms.

How to Take Care of Hepatitis at Home?

- Stay isolated to avoid spreading to others.

- Eat a clean and balanced diet.

- Stay away from smoking and other substance abuse.

How Does Hepatitis Infection Spread?

What Is the Common Serious Complication Associated With Viral Hepatitis?

Chronic hepatitis can lead to liver scarring and cirrhosis of the liver. This can lead to impairment of liver functions which is a severe life-threatening complication.

Which Type of Hepatitis Is Caused Due to Sexual Transmission?

Hepatitis B can be transmitted sexually from person to person. This can be seen commonly in people with multiple sexual partners.

Are dry eyes and mouth confirmatory signs of Sjogren's Syndrome?

Query: Hello doctor, I had a question about bloodwork that I had done for something called an Early Sjogrens Panel. I had a rheumatological workup due to eye issues I was having. The eye issues turned out to be an eye misalignment that is currently being treated through vision therapy. However, I had repo...  Read Full »

What does high value of ALT, AST, and ALP indicate?

My ALT and AST levels are high and found fat on my liver ultrasound. What should I do?

Query: Hello doctor, I am 42 years male with controlled hypertension. I did my annual check-up, and I found ALT and AST are 192 and 142, which are elevated. I had an ultrasound, and I found fat from marked to moderate on my liver. Lipid profile results are in the optimal level, CBC and kidney results also...  Read Full »

Do you have a question on Viral Hepatitis or ?