Devices or treatments done to prevent unwanted pregnancy are called birth control methods. There are various methods available for both men and women, which enables them to choose when they want to have a baby. The effectiveness and reliability of each method rely on how carefully it is used. In this article, I am going to discuss all the available permanent and reversible birth control methods that you can use to plan your pregnancy.

The thing to remember is, except for condoms and abstinence, no other birth control method gives protection against sexually transmitted diseases (STDs). So always engage in safe to prevent getting infected with infections like HIV, chlamydia, syphilis, and gonorrhea.

Some Facts About Conception:

What Are the Types of Birth Control Methods?

The different birth control methods are:

If you are using reversible or semi-permanent birth control method and want to get pregnant, then just stop using the device or stop taking the pills, and you will be able to conceive again.

Restraining oneself from indulging in sexual intercourse is called abstinence or celibacy. There are two types of abstinence:

Withdrawal is when the man ejaculates outside the vagina. It is only 80 % effective, as precum can also result in pregnancy.

A condom is a thin cover made of latex or polyurethane, which is put on the penis, that forms a barrier and prevents pregnancy by stopping the sperm from entering the vagina. It is 82 % effective. In addition, it also prevents the transmission of sexual infections. 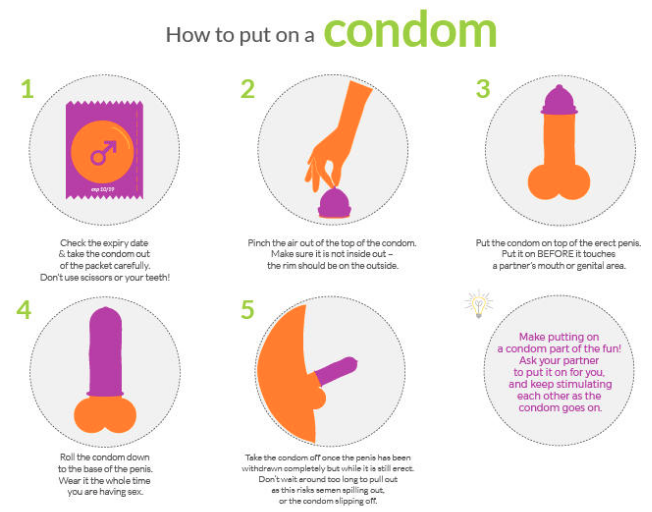 Female condoms are made of polyurethane with flexible rings at both ends. The inner ring holds the condom in place behind the pubic bone, and the other ring stays outside the vagina. A female condom is placed inside the vagina before sexual intercourse. It is 79 % effective. 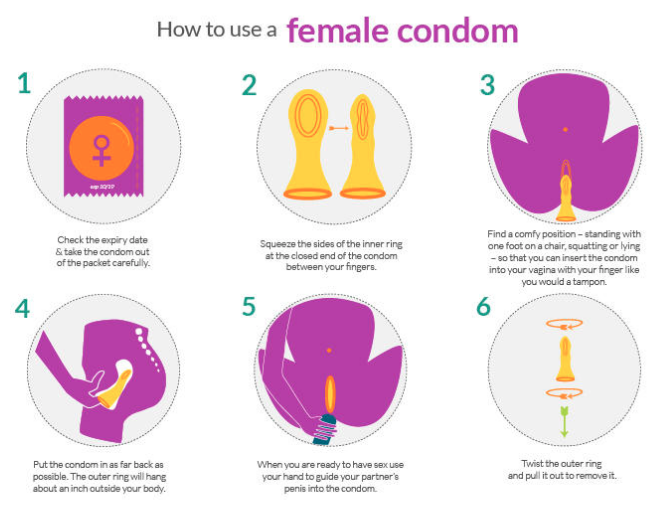 A contraceptive sponge is a soft disc-shaped polyurethane foam, which prevents sperm from entering the uterus. The sponge also contains spermicide that blocks and kills sperm. The sponge has a depression in the middle which holds it in place over the cervix. It is from 76 to 88 % effective.

The sponge needs to be thoroughly wet to activate the spermicide, so do not forget to wet is properly before inserting it. 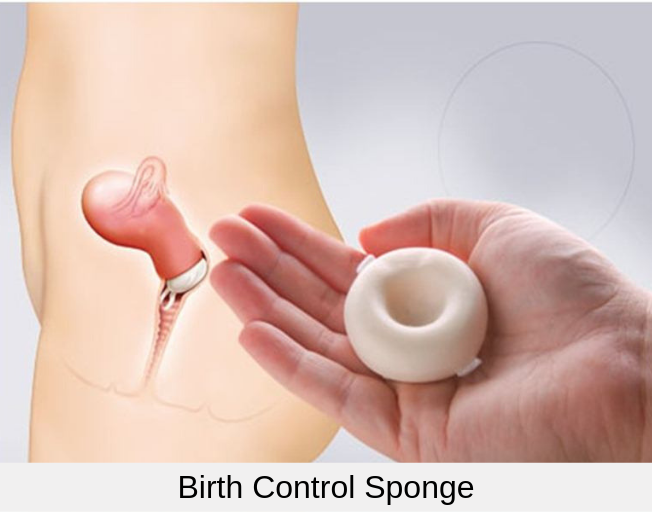 A diaphragm is a dome-shaped barrier device made of rubber, which is placed behind the woman’s pubic bone. For more effectiveness, it is used along with spermicide or contraceptive jelly. The spermicide is filled in the dome-shaped structure before inserting. It is 88 % effective. 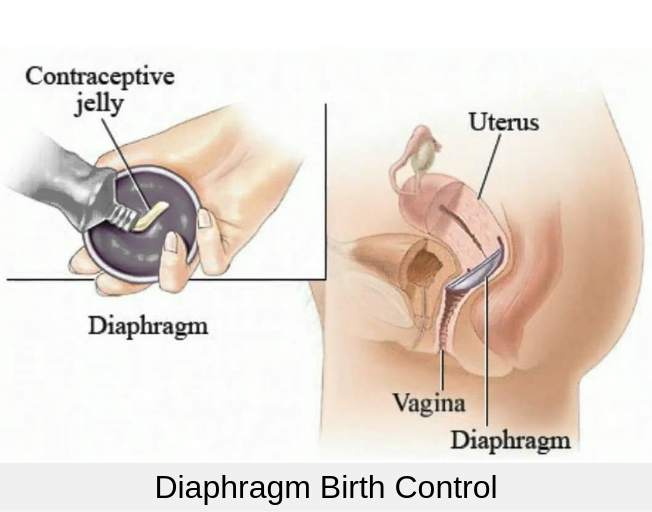 A cervical cap is a deep silicone cup that is inserted into the vagina. It tightly fits over the cervix due to suction. It has to be filled with spermicide before inserting and is 88 % effective. 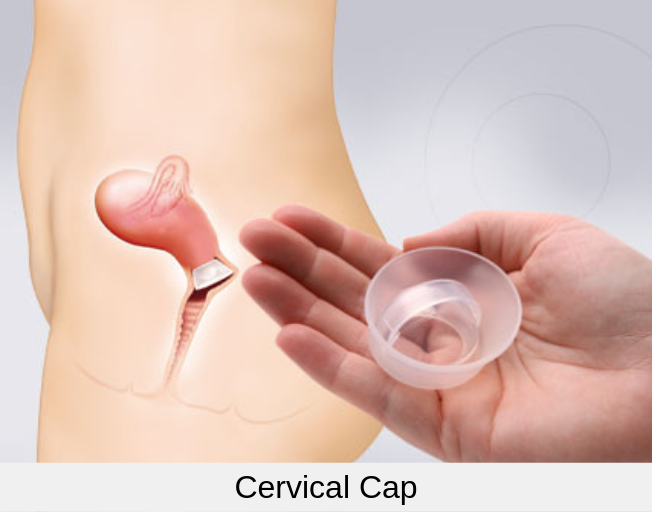 A copper intrauterine device is a T-shaped plastic body with copper wrapped around its stem. It can also be used as an emergency contraceptive if it is inserted within five days after unprotected intercourse. Once inserted by the doctor, it can last for up to 10 years. It is 99 % effective. 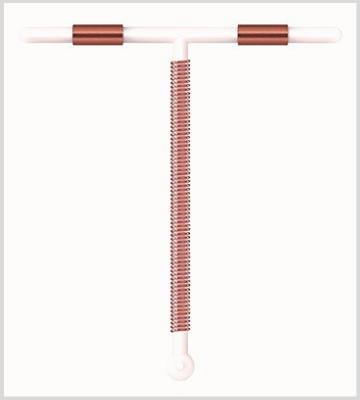 Birth control pills contain two female hormones, that is progesterone and estrogen. These pills work by preventing ovulation or by thickening the mucus around the cervix or by altering the uterine lining. There are two types of hormonal birth control pills:

It is a transdermal patch, which when applied on the skin prevents pregnancy by releasing synthetic forms of estrogen and progesterone hormones. The patch is worn for 3 weeks on the lower abdomen or buttock, and it is not used on the fourth week for periods. It is 91 % effective.

This intrauterine device releases progestin, which prevents ovulation. It will last for 3 to 5 years. 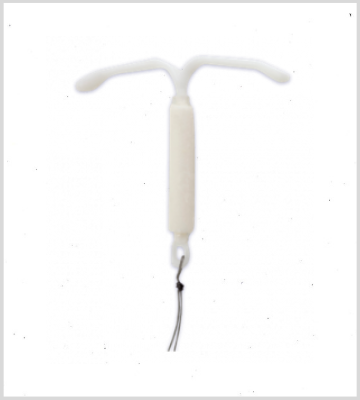 Vaginal or birth control rings are made of plastic flexible rings, which release a continuous low dose of progesterone for 3 weeks. It works by preventing ovulation and by thickening the cervical mucus, thus preventing the sperm from entering the uterus. Due to human errors in placement, it is 91 % effective. 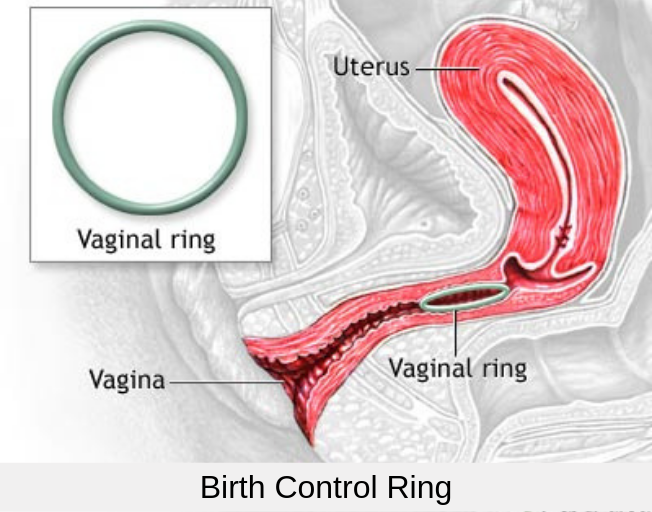 A 40 mm flexible tube is inserted under the skin of a woman’s upper arm, which prevents pregnancy by releasing hormones. It is 99 % effective. The most common types of implants used are: 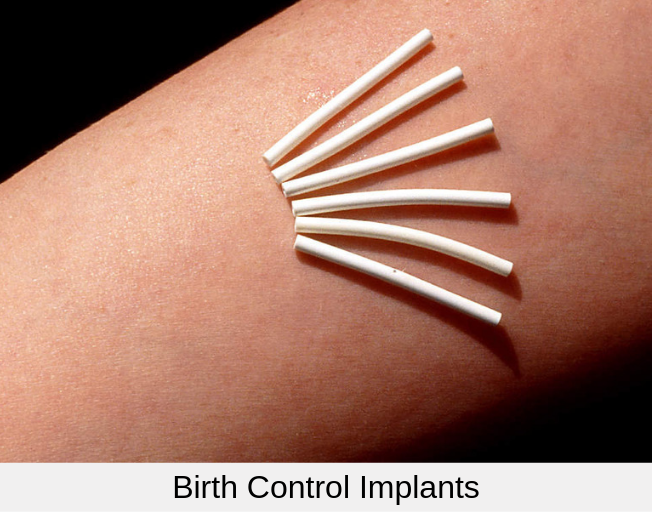 Pills used to prevent pregnancy by women who have had unprotected sexual intercourse or when the other birth control method has failed are called ECP or morning-after pills. This has to be taken within 72 hours of unprotected sex. The earlier you take it, the more effective it will be. These pills either contain Levonorgestrel or Ulipristal acetate.

The contraceptive injection is a long-acting progestin-only birth control drug, which is injected once in 3 months. It prevents ovulation and is 94 % effective. It is available under the brand name Depo-Provera.

These are surgical procedures done to prevent a woman from getting pregnant permanently. These procedures are 99 % effective. The two procedures used are:

Male sterilization or vasectomy is a surgical procedure, where the vas deferens are cut or tied or sealed to prevent sperm from entering the penis from the testes.

No birth control method is 100 % effective in preventing pregnancy. So consult your doctor and combine two methods to get extra protection. If you are still not sure about which birth control to choose, consult a gynecologist online, who will guide you in selecting the best method suited for you.

How effective is birth control?

Birth control's effectiveness depends on the method of birth control, how you use it, and other factors. For example, birth control pills are 99.9 % effective if you take them regularly, but if you miss a tablet, the effectiveness reduces to 91 %. The same goes for all other methods.

How does birth control work?

- Most birth control methods, including pills and implants, provide estrogen and progesterone to the body, which prevents the body from ovulating. These hormones also thicken the cervical mucus, making it difficult for the sperm to reach the uterus.
- If the birth control method only releases progesterone, they mainly work by thickening the cervical mucus and thinning the endometrium (lining of the uterus).
- Physical barriers, such as condoms and vaginal cups, block the entry of sperm into the uterus.

How long does it take for birth control to work?

What happens if you take birth control pills while pregnant?

Some old studies suggest that continuing to take birth control pills even after conceiving can increase the risk of congenital abnormalities. According to a study conducted in 2015, taking pills when you are pregnant will not increase the risk of major birth abnormalities. A study conducted in 2016 showed that babies born to mothers who took birth control pills are more prone to wheezing and rhinitis.

What is the best form of birth control?

Implants and IUD (intrauterine devices) are known to provide the best birth control, as they are the most convenient to use. The other methods, like condoms, pill, ring, patch, and injection, also are good options, provided you use them correctly.

How to get birth control pills without a doctor?

Birth control pills, like all other medications, have some side effects. These side effects can be severe if combined with a pre-existing condition or interaction with some other drug you are on. To prevent this, it is crucial to consult a doctor and take birth control pills only if he or she prescribes them.

How to stop spotting while on birth control pills?

Spotting is commonly seen in the first 3 to 4 months of using birth control pills. This can be prevented or reduced by taking the pill at the exact same time every day.

What medicines can interact with birth control pills?

What happens if a man takes birth control pills?

It will not make much difference if a man takes one or two birth control pills, as the levels of female hormones in the pills will not be enough to result in hormonal imbalance. But, taking these pills regularly for a prolonged period can result in breast enlargement, shrinking of testicles, decreased facial hair, and decreased sex drive. The hormones might protect against heart attacks.

What is the best time of day to take birth control pills?

You can take pills at any time during the day, but make sure you take them at the same time every day. It is easier to remember if you take it before breakfast or before going to bed.

Which contraception has the least side effects?

All birth control methods have some degree of side effects associated with them. IUD and implants are one with the least side effects.

I had no sex after last cycle. Should I worry about unwanted pregnancy?

Query: Hello doctor,I had been put on Primolut N for 15 days for PCOD. I started the pills on last month and finished in 15 days. On the seventh day, I had sex with my husband. I got my period on the 21st day and had been asked to begin Diane 35 for 21 days on the fifth day of the cycle. I began taking Dia...  Read Full »

Query: Hi doctor, My daughter has been taking birth control pills for five months, since she gave birth. About two months ago, she started having some swelling in her feet and legs. She waited to see if it would go away, but it did not. Her doctor did some tests and found protein in the urine, so she sent ...  Read Full »

Quick Facts: Yasmin birth control pill is a combination birth control pill. It is made of two female hormones and is used to prevent pregnancy. It is prescribed as a 28-day or 21-day oral contraceptive pill. It works by inhibiting ovulation. One tablet has to be taken orally...  Read Article

Do you have a question on Birth Control Methods or Unwanted Pregnancy?