Gonorrhea is a sexually transmitted disease (STD) that causes pain and other symptoms in the genital tract in both men and women. Read the article to know more. 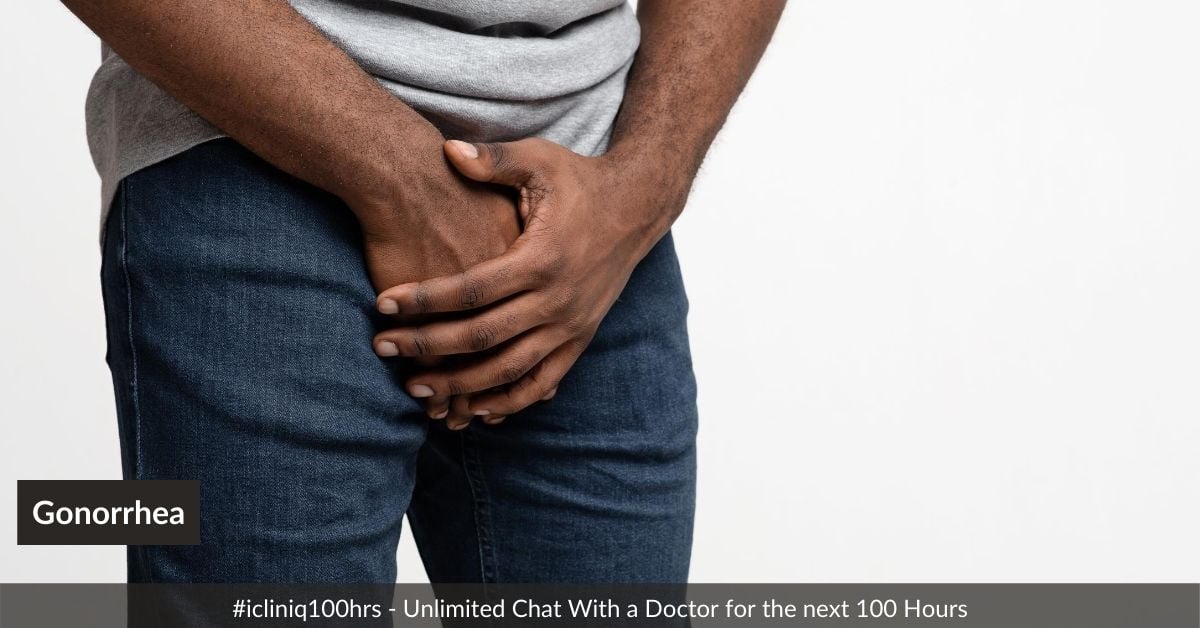 Gonorrhea is a sexually transmitted bacterial infection that can affect both men and women. The bacteria responsible is Neisseria gonorrhoeae, which commonly affects warm and moist parts of the body. The common parts that get infected are urethra, vagina, anus, eyes, throat, cervix, uterus, and fallopian tubes. It can also spread to babies during childbirth from an infected mother.

What Are the Symptoms of Gonorrhea?

People generally notice symptoms after 2 days to 2 weeks after being exposed. But, some do not show any symptoms and are called nonsymptomatic carriers. Such people tend to spread this infection, as they are not aware that they might be infected.

The symptom in women are:

The symptoms in men are:

Can oral sex result in STD?
What could cause yellowish vaginal discharge?
Why am I having painful wound with itching in penis after sex?

If gonorrhea affects other body parts, the symptoms include:

What Are the Risk Factors of Gonorrhea?

The risk factors include:

What Are the Tests Done to Diagnose Gonorrhea?

After taking a complete medical history, if your doctor suspects gonorrhea, you might be asked to perform the following tests to determine the presence of gonorrhea bacteria in your body:

As gonorrhea increases the risk of other sexually transmitted diseases, your doctor might also suggest you undergo tests to infections like chlamydia and HIV.

What Is the Treatment for Gonorrhea?

As it is a bacterial infection, gonorrhea is treated with antibiotics. The treatment options for uncomplicated gonorrhea are:

Drug-resistant strains of gonorrhea are increasing, which makes the treatment more challenging. The antibiotic-resistant variant is treated with a seven-day course of two oral antibiotics, mostly Azithromycin and Doxycycline.

Even if your partner has no signs or symptoms of gonorrhea, he or she must undergo the treatment at the same time. Babies born to infected mothers are given antibiotic eye drops to prevent infection.

Avoid having sexual intercourse during and for 7 days after your treatment.

What Are the Complications of Gonorrhea?

If left untreated, gonorrhea can:

How Can Gonorrhea Be Prevented?

Follow these tips to reduce the risk of gonorrhea:

It is important that the treatment be done together for a couple, even if one of them do not show any sign or symptom. As you might get reinfected by your partner after the treatment. If you or your partner is suffering from symptoms of gonorrhea, consult a doctor online immediately.

How do you get gonorrhea?

How is gonorrhea spread?

The bacteria Neisseria gonorrhoeae that cause gonorrhea can enter your body through unprotected sexual intercourse and can grow and infect moist body parts like urethra, cervix, vagina, eyes, throat, and eyes.

How to test for gonorrhea?

The two tests that are done to diagnose gonorrhea are urine test and swab test. The urine and the sample from the swab are tested for the presence of bacteria Neisseria gonorrhoeae.

What does it feel like when you have gonorrhea?

Most people do not show any symptoms even after getting infected. But if you have symptoms, you might have burning or paining during urination, sore throat, frequent urination, and increased urge to urinate, and abdominal pain. In men, testicles become red and swollen and pus discharge from the penis can be seen. In women, it can cause spotting and pain during sex.

How long can you have gonorrhea without knowing?

50 % of woman and 10 % of men do not exhibit any gonorrhea symptoms for months or days. They might not even realize that they are infected. It is best to get tested for gonorrhea periodically.

Does gonorrhea make you tired?

If left untreated, later stages of gonorrhea can make you tired and fatigue.

Does gonorrhea affect the brain?

It is rare but in untreated and longstanding gonorrhea, the bacteria can spread through the bloodstream to the joints, heart, and brain.

What are the first symptoms of gonorrhea?

Does oral gonorrhea clear on its own?

Oral gonorrhea needs to be treated with antibiotics, as it will not clear on its own. You should avoid oral sex and kissing until you are treated.

What causes tingling in scrotum after unprotected sex?

Query: Hello doctor, I have had some urinary issues in the past from a slightly enlarged prostate (37-year-old male). Two months back I had some testicle discomfort. The doctor gave me 10 days Ciprofloxacin. Last month I had unprotected sex. About six days later I had a sudden strong tingling in my scrotu...  Read Full »

I had oral sex with a girl without protection. Please list out the test I have to go through?

Query: Hello doctor,I had an oral sex with a girl without protection, and I licked her vagina too, later I came to know she has PSV which she had undergone treatment and she was cured, I came to know risks of the STD's via oral sex and I was suggested to have test after four weeks, but they did not tell wh...  Read Full »

Is there any chance of oral HPV transmission via kissing?

Do you have a question on Gonorrhea or ?