iCliniq / Answers / Ophthalmology (Eye Care) / Eye Pain / I have pain in the whole eyeball and I have blurry vision. How can this be treated?

Q. I have pain in the whole eyeball and I have blurry vision. How can this be treated?

Answered by
Dr. Rahul Vaswani
and medically reviewed by iCliniq medical review team.
This is a premium question & answer published on Nov 10, 2017

About 45 days ago, I received a trauma to my right eye in a street fight, after which a large part of the cornea became blood red. After three weeks, the redness went away and the eye started looking normal, but I am still having a lot of discomforts. I am listing all the symptoms below. There is a pain in the whole eyeball and sometimes in the bony region surrounding the eye. A mild dull pain which goes away on some days. It is particularly noticeable after spending a few hours looking at the phone or a computer screen. There are difficulty and mild pain in eye movement and focusing. There is a slightly blurry vision and increased watering of the eye. There is a feeling of something caught in the eye. Photo-sensitivity in the affected region of the eye especially noticeable upon opening the eye first time in the morning. A tiny light grey scar in the affected area of the eye. Awareness of the affected eye. It also feels like I am seeing with only the unaffected eye. The eye becomes slightly red after taking bath or splashing water and remains so for about an hour. None of the above symptoms were present before the trauma. The unaffected eye is free from all those symptoms. Both eyes look perfectly normal and white except for the tiny scar in the affected eye, though I am not sure if it is a scar.

I went to an ophthalmologist earlier this month and he said that there was swelling in the eye and everything would become normal soon. He prescribed two eyedrops which I am attaching here. After the treatment, the symptoms became milder and less noticeable than before but did not heal completely. So, I went to another ophthalmologist two days back. He examined the eye and said it was normal and only prescribed artificial tear drops. He checked power too and said there has been no vision loss in the affected eye but things do look more blurry with that eye. I was not convinced with his opinion because I am feeling all the symptoms I listed above. I do not know what to do. Please help.

I went through the attachment (attachment removed to protect patient identity).

I am attaching a close-up of the affected eye to show you the scar I talked about. In the image, it is looking yellowish, but in person, it is actually light grey in color. I have tried pointing it with an arrow. It is looking like a yellowish band starting from the iris and ending near the head of the drawn arrow. I hope you are able to locate it precisely. No such scar was there before the trauma. That is the spot where I feel like a dust particle is caught in the eye especially while blinking. That is also the spot which is very sensitive to light in the morning when I open the eye after waking up. Could you please suggest some medications to clear those symptoms and the scarring? I will try to describe the feeling that I have in the affected eye. If you close your eye and press it with a finger for a few seconds, and then open your eyes; that is the sensation and change in vision that I experience in the affected eye for the most part of the day though with a very mild intensity. Also, it feels like the corners of the eyes are sticking, and if I stretch open my eyelids with my fingers, things feel a lot comfortable. I am very afraid that I might have caught some infection and the symptoms that I have talked about will never go away. Please suggest some medications. I stopped using Milflodex after a week, as suggested by my doctor. It did make the symptoms milder. Also, is there any abnormality in the shape of the iris in the attached image? If so, what can be done about it?

I have gone through your attachments (attachment removed to protect patient identity).

Related Questions:
What causes blurred vision even after cataract surgery?


.. your concern and want to assure you that it is usually just a benign increase in tearing in both eyes after surgery that causes such a picture. It settles down on its own and will not need any further treatment than your post-operative medication....   Read full

I got conjunctivitis 7 days back.I had red eye with eyelid swelling.Now redness is gone but blurring is present.What do I do?


Hello doctor, I am very concerned and need an answer. I am seven weeks and pregnant and have had no complications so far. But, today, my clitoris feels way smaller then it did yesterday. And I am way more nauseous then I have been. I cannot stand or...   Read full

How can my blurred vision be treated?


Hello doctor, I am very concerned and need an answer. I am seven weeks and pregnant and have had no complications so far. But, today, my clitoris feels way smaller then it did yesterday. And I am way more nauseous then I have been. I cannot stand or...   Read full 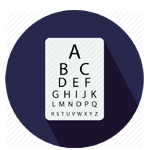 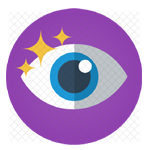