The Perils of Social Media Addiction

Contents
What Is Social Media?
What is Internet Addiction Disorder?
What is the Solution to this Virtual Menace? 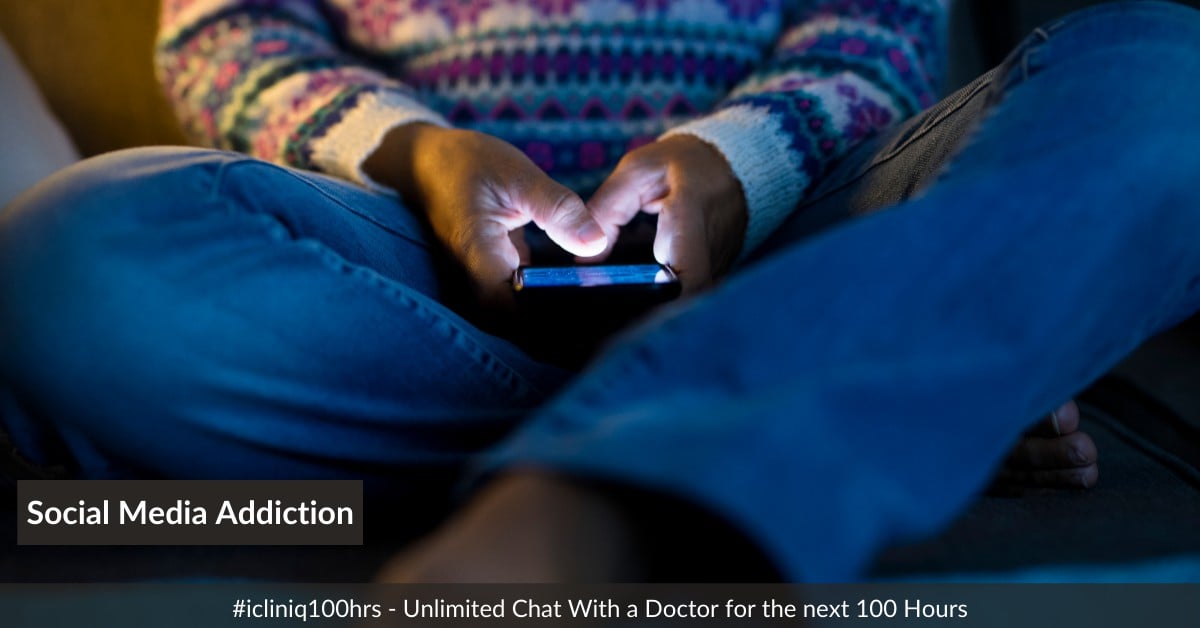 What Is Social Media?

What is Internet Addiction Disorder?

The Diagnostic and Statistical Manual-V (DSM-V) will be helpful in diagnosing addiction disorder. Three subtypes of this disorder exist:

It has become fashionable and trendy to describe oneself as a social media addict. This tag comes with its fair share of advantages and numerous disadvantages. On the downhill side, people are anxious that they are not having as much fun as their friends or colleagues in the workplace.

They constantly keep track of what their friends are doing. This newfound anxiety falls under the realm of FOMO - Fear Of Missing Out. That is, these individuals fear that they are missing out on the fun, and so they try to keep compulsive attention on their friends through social media to keep themselves updated about the latest trendier stuff. Taking selfies and uploading them on social networking sites has become the new rage. This constant preoccupation with taking selfies and uploading them on social media platforms falls under the compulsive-impulsive spectrum of a psychological disorder. Individuals afflicted with this disorder keep logging into their accounts to see the number of likes their newly uploaded pictures have got. The ego of the individual was boosted when the number of likes they received increased. Some even go to the extent of comparing the number of 'likes' their picture has got with their friends' pictures.

To begin with, one gets a high from limited online interaction and appreciation. As time passes, one craves more sophisticated softwares, a greater number of social networking sites, and better connectivity. This increased urge makes the individual increase their time and interest in various aspects of the Internet.

Neurobiology Behind This Addiction:

Every time someone 'likes' their virtual representation, dopamine spikes through their mesolimbic tract. Abnormal reward processing by the nucleus accumbens (a region in the brain) forms the basis for any addiction.

A recent Turkish study aimed to determine the levels of internet addiction and the various physical and psychological behaviors ensuing from this form of addiction. The results of this study were mind-boggling.

When we try to address the needs of modern-day society, moguls of cyberspace have had to see a generation of teenagers getting dependent on a newfound medium. All this was unheard of ten years ago. With cut-throat competition in the market and the technology that seems to be advancing, innovators in the realm of cyberspace seem to be racing against time. It is no surprise then that mental health professionals are seeing CEOs, innovators, teenagers, and top leaders battling symptoms of anxiety and depression. The Internet has also given rise to promiscuity and cyberbullying. Psychiatrists have begun to see victims of cyberspace being blackmailed and bullied online.

What is the Solution to this Virtual Menace?

The WHO predicts that by 2020, depression will be the second leading cause of disability worldwide. The proverb "prevention is better than cure" could not have been applied to a better platform.

Social networking sites are very disturbing. An individual has both advantages and disadvantages. However, the vulnerable teenagers fail to overcome the urge, and so they become the victims of this obsession condition.

What Do You Mean by Social Media Addiction?

Social media addiction is a common problem faced by people of all age groups. It is an addiction related to people's behavior where they are concerned too much about social media and earnestly log on to it by wasting all their time on it.

Why Are People So Addicted to Social Media?

Social media is so addictive because it provides an easy platform to connect with people quickly, and it is cheaper to access. A study stated that social networking sites light up the same part of the brain that gets lighted by taking drugs or other addictive substances.

How to Get Rid of Social Media Addiction?

It is possible to get rid of social media addiction if you keep yourself disciplined and commit yourself to other useful activities. You can restrict social network activities by setting a time limit, turning off the notifications in your smartphone, and using it only if relevant to work and personal life.

Addiction to social media causes various side effects on people who use it for a prolonged period. It can cause isolation, anxiety, depression, cyberbullying, impractical expectations, and fear of missing something. Social media addiction can make people overlook their daily routine and stay away from their immediate family and friends.

How Fast Can You Get Away From Social Media?

If you plan to get rid of social media initially, you need to decrease the timing of its usage by starting to use it 1.5 hours a day, ten days before your break. And then, seven days prior to your suspension, decrease it to one hour. You can also turn off the notifications from the social network if they disturb you by tempting you to look at it.

How Social Media Affects Your Brain?

Prolonged social media use may cause the degradation of white matter in the brain regions that control emotions and decision making. You will also be accustomed to scrolling through the images, videos, and posts. Positive feedback (likes and comments on posts) in social media platforms stimulates the brain to release dopamine, which also promotes addiction.

How to Find Out if You Are Addicted to the Social Media?

People who are addicted aimlessly and pointlessly scroll through the posts to view everything, which is unnecessary. They get restless when they do not check their social media accounts and keep checking if they have missed something even at midnight.

What Are the Harmful Effects of Social Media on Students?

Does Use Of Social Media Have Positive Impacts?

By using social media, we also have some positive impacts like,
- Learning new things on the internet.
- Watching educational videos for students.
- It is useful in developing the business.

What Is an Alternative for Social Media?

Instead of scrolling aimlessly on social media sites, you can:
- Meet your friends and talk to them.
- Spend time with your family and relatives.
- You can finish your daily work on time.
- Learn new things in life.
- Exercise.
- Read books.
- Be productive.
- Listen to music.
- Pray.
- Try to know about yourself.
- Build your personality.
- Enjoy nature.

Can a Break From Social Media Bring You Positivity?

Yes, taking a break from social media can bring you positivity by reconnecting you to your family and friends and saving a lot of time.

What Is the Reason for Students Getting Addicted to Social Media?

Students get easily addicted to social media because it is free to sign up, easy to use, and can quickly connect them to their friends, irrespective of how far they are. The students want to know how many likes, comments they get for their profile and how many followers they have to become more popular in society very quickly.

Will It Affect You if You Quit Social Media?

A sudden withdrawal from social media can cause withdrawal syndrome, but with proper guidance and professional help (if required) it is possible to get rid of it.

Why does my mom's behavior change every minute?

Query: Hi doctor, Myself and my wife are stressed by my mom's behavior. She keeps changing every single minute and fights with us for small matters. Kindly help me to resolve this.  Read Full »

Can antidepressants cause low sex drive?

Can I take antidepressants only when needed and not continuously?

Query: Hello doctor, I have depression. But for some reason, I do not want to take antidepressants. I have been taking it for the past one year. And have stopped it. But sometimes I get very depressed. Can I take my antidepressant like Desvenlafaxine sometimes? As needed? Or maybe any other antidepressant ...  Read Full »

Do you have a question on Addiction or Internet Addiction Disorder?