Written by
Dr. Geethu Thomas
and medically reviewed by Dr. Lekshmipriya. B

Antibiotic-associated diarrhea is a common condition caused by taking antibiotics (medicines that kill bacteria). Read this article to know more about diarrhea caused by antibiotics. 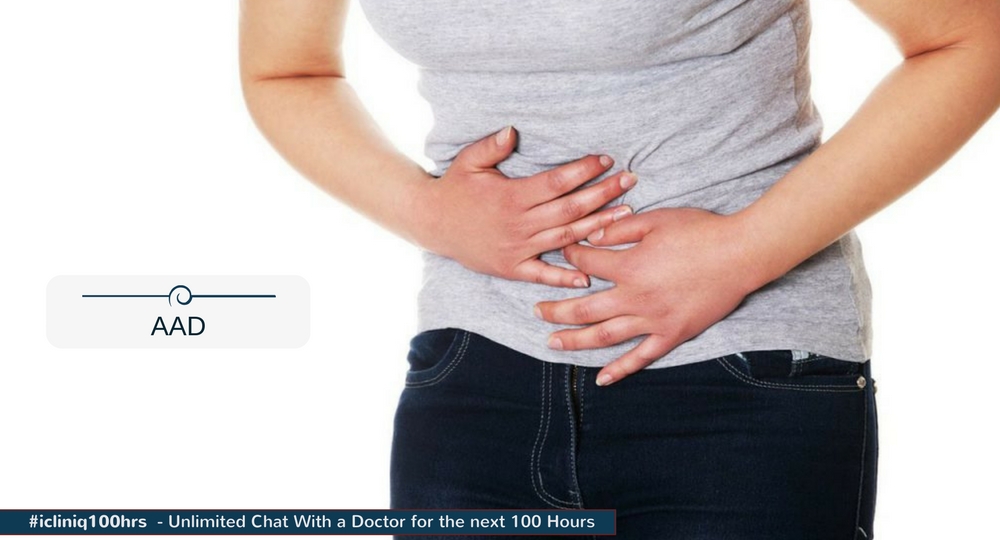 What Are the Antibiotics That Carry a High Chance of Causing Diarrhea?

What Is the Role of Clostridium Difficile in Antibiotic-Associated Diarrhea?

Clostridium difficile-associated disease (CDAD) is one among the most important causes of antibiotic-associated diarrhea. It is responsible for 15 to 25 % of cases of AAD. CDAD is a serious condition with a mortality of up to 25 % in frail elderly.The average age of those with Clostridium difficile infection is nearly 20 years older than the average age of those in hospitalization for other reasons. CDAD is defined as unexplained diarrhea occurring after two hours to within two months after antibiotic usage and is often accompanied by fever, abdominal pain, and cramps. CDAD is established when a toxin is identified in the stool, regardless of C.difficile isolation from the stool.

C. difficile is a spore-bearing, gram-positive bacterium, present in ample amounts in the environment. Spores of C.difficile are hard to eradicate as they are resistant to drying and heating, and also resistant to most of the antiseptic disinfectants. The ability to produce spores explains how the organism being fastidious anaerobic, can be acquired from the environment. Broad-spectrum antibiotics such as Clindamycin, Fluoroquinolones, Cephalosporins, etc. most often cause CDAD.

How to Diagnose the Presence of Clostridium Difficile?

The laboratory diagnosis is based on culture and toxin detection in fecal specimens. Culture is very sensitive, but if carried out without toxin testing, it may lead to misdiagnosis of CDAD as it detects even asymptomatic cases. C. Diff Quik Chek Complete® test is a rapid cassette assay that simultaneously detects both glutamate dehydrogenase (GDH) antigen and toxins A and B of C. difficile in fecal specimens.

The cultivation of the organism, though difficult, is considered gold standard. Although stool culture has high sensitivity, as the rate of asymptomatic carriage of C.difficile among hospitalized patients is high, the specificity for CDAD is low. The disadvantages of the cell cytotoxicity neutralization assay (CCNA) is that it is technically demanding and has a relatively long turnaround time (24 to 48 hours). Although endoscopy is required for the specific diagnosis of PMC, it is an invasive test and not sufficient to diagnose all the cases of CDAD. Newer methods like toxin detection by immunochromatography have a rapid turnaround time and are inexpensive.

Who Is at Risk of Acquiring Clostridium Difficile-Associated Disease?

C.difficile is acquired from the hospital environment. It causes increased burden in terms of cost and health. The risk factors involved in the acquisition of CDAD are patients aged above 65 years, treatment with broad-spectrum antibiotics, exposure to an infant carrier or infected adult, tracheostomy, immunodeficiency, Ryle’s tube feeding, antacids, intestinal surgeries, chemotherapy, and chronic kidney disease.

C.difficile produces toxins that attack the lining of the intestine. Toxins A and B are the primary virulence factors contributing to the pathogenesis of CDAD, and the genes responsible for these toxins are TcdA and TcdB. The toxin expression is increased by antibiotic concentration. TcdA is a potent enterotoxin. TcdB is cytotoxic and is more potent (~1000 fold) than TcdA. Another toxin is the binary toxin encoded by genes ctdA and ctdB. CDAD may progress to a fatal condition known as pseudomembranous colitis (PMC) with rapidly fatal fulminant colitis and megacolon, resulting in death.

How to Manage Clostridium Difficile-Associated Disease?

The most crucial aspect in the management of CDAD is an early identification of the disease and the discontinuation of the inciting agent, as it has the potential to emerge as an epidemic strain causing large hospital outbreaks. The treatment and isolation of infected cases decrease not only the treatment cost incurred by the patient but also reduces the morbidity and halts the spread of the disease in the community.

How to Prevent Antibiotic-Associated Bacteria?

There are a few ways to prevent antibiotic-associated diarrhea and they are,

Antibiotics-associated diarrhea is a common condition but has to be kept in mind. So that future usage of the same antibiotics can be avoided. The best way to cope with diarrhea is to drink lots of fluids to remain hydrated. One way to combat antibiotics-associated diarrhea is to reduce the intake of fiber foods. Foods that may worsen diarrhea should be strictly avoided. Creamy foods, dairy products, sugars, and sweets can be avoided. Consulting with a doctor if the diarrhea does not cease, is very important. Otherwise the affected individual may become extremely weak.

How to Treat Antibiotic-Associated Diarrhea?

To treat antibiotic-associated diarrhea, the following can be practiced:
- Discontinuing the antibiotics.
- Changing the medications.
- Giving probiotic supplements

What Do You Mean by Antibiotic-Associated Diarrhea?

Antibiotic-associated diarrhea (AAD) is unexplained diarrhea that occurs with antibiotics. Sometimes, AAD may also be associated with a clostridium difficile infection. This infection constitutes only a small percentage of AAD.

What Are the Antibiotics That May Cause AAD?

The antibiotics that may cause AAD may include:
- Cephalosporins.
- Fluoroquinolones.
- Amoxicillin.
- Ciprofloxacin.
- Ampicilli

Which Is the Best Probiotic for AAD?

Probiotics are quite effective in treating antibiotic-associated diarrhea. The best probiotics that are used in the treatment of AAD include:
- Lactobacillus rhamnosus G.
- Saccharomyces boulardii.
- Lactobacillus casei.

Why Are Broad Spectrum Antibiotics Known to Cause Diarrhea?

Does Antibiotics Cause Colitis?

Inflammation of the colon may be known as colitis. Almost all antibiotics are known to cause colitis. Antibiotics such as Amoxicillin, Fluoroquinolones, and Penicillin have more chance of causing colitis. However, these symptoms usually reduce in a week or ten days after stopping the medications.

How Long Does AAD Take To Develop?

AAD may start as soon as one week after commencing the antibiotic medication. After starting the medication, it is referred to as a condition with loose and watery stools. The symptoms gradually disappear after stopping the medications.

Should Antibiotics Be Stopped if You Get Diarrhea?

What Happens if You Do Not Take Probiotics Along With Antibiotics?

Does Amoxicillin Cause Diarrhea?

Diarrhea can be one of the side effects of amoxicillin. Amoxicillin is an antibiotic that belongs to the macrolides group of antibiotics. Diarrhea due to Amoxicillin may not necessarily occur in everyone. It is advisable to keep yourself hydrated to get over this.

What Causes Watery Stools or Diarrhea?

Watery stools or diarrhea can be caused by
- Infection.
- Food poisoning.
- Medications such as antibiotics.

What Are the Side Effects of Antibiotics?

The side effects of antibiotics can include:
- Vomiting.
- Nausea.
- Diarrhea.
- Bloating and constipation.
- Stomach ache.
- Loss of appetite.

Do you have a question on Diarrhea or Chronic Kidney Disease?