Q. Why a swollen lymph node that I have had for two years, has shrunk on taking Prednisone?

Answered by
Dr. Arvind Guru
and medically reviewed by iCliniq medical review team.
This is a premium question & answer published on Apr 09, 2017 and last reviewed on: Oct 23, 2019 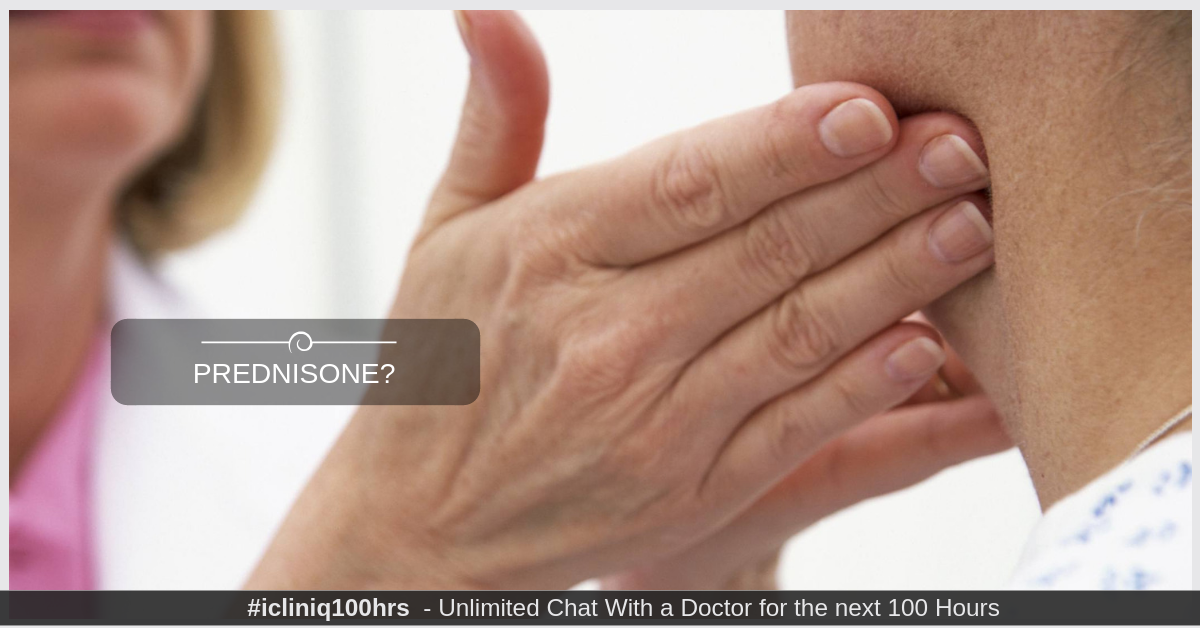 Two years ago, I discovered a small lump in my neck near the back right side. My GP said it did not seem like anything to worry about and to come back if it grows. I noticed no growth, but it did not go away or shrink either. A year and a half later, I developed a rash and stomach bloating and cramping, so I went to another doctor and said I was concerned the lump is lymphoma and causing the other symptoms. The doctor ordered an ultrasound. The node measured 1 x 0.9 x 0.4 cm. The results said it has the appearance of a lymph node. The doctor said I could have an ENT look at it if I like, but that he thinks it is nothing to worry about. The rash and stomach pains cleared up soon after, so I did not pursue it further.

Now, last month I started to have chest tightness where my air passage felt like it was being restricted. I went to an urgent care and was put on Prednisone for ten days. The chest tightness has cleared up, but there is still a little irritation in my right lung area like I can feel something in my chest. The strangest thing is that after two days on Prednisone, I could no longer feel the lump in my neck. In two years, it had not changed, and after two days of Prednisone, I could not feel it. However, within 3 to 4 days after stopping the Prednisone, I could start to feel it coming back. It is now about two weeks since I have stopped the Prednisone and I can easily feel the lump now. It does not feel as large as before yet and would be hard for someone else to feel, but it has returned after stopping the Prednisone.I did some reading about how Prednisone can mask lymphoma symptoms, such as temporarily shrinking the nodes. Are there any other explanations for why a swollen lymph node that I have had for two years, would shrink while on Prednisone and then start to regrow after stopping it?

Related Questions:
What does my chest scan result indicate?


.. seen all your FDG-PET reports, which is very sensitive to detect any tumor activity in unidentified mass as the scan shows solitary pulmonary nodules in the left lateral lower lobe. This scan is beneficial to identify and detect tumor by detecting...   Read full

There is lymph node enlargement under chin and groin in a child. Is it serious?


.. with lymphadenopathy sometimes indicates chronic infection like tuberculosis. If ESR (erythrocyte sedimentation rate) is normal and the fever subsides, this may be a remote possibility. A mild fullness of pelvicalyceal system sometimes indicates m...   Read full


.. your query, my opinion is as follows: No, it is neither lymphoma nor leukemia. There is no cell predominance (either neutrophil or lymphocyte or any immature cells) or the counts are also not high enough to think of leukemia. Lymphoma lymph nodes...   Read full