iCliniq / Answers / Sexology / Penile Discharge / I have penile discharge even after having medications. What should I do?

Q. What is the treatment for constant penile discharge?

Answered by
Dr. Aditya Gupta
and medically reviewed by Dr.Nithila A
This is a premium question & answer published on Jul 13, 2019 and last reviewed on: Sep 28, 2019 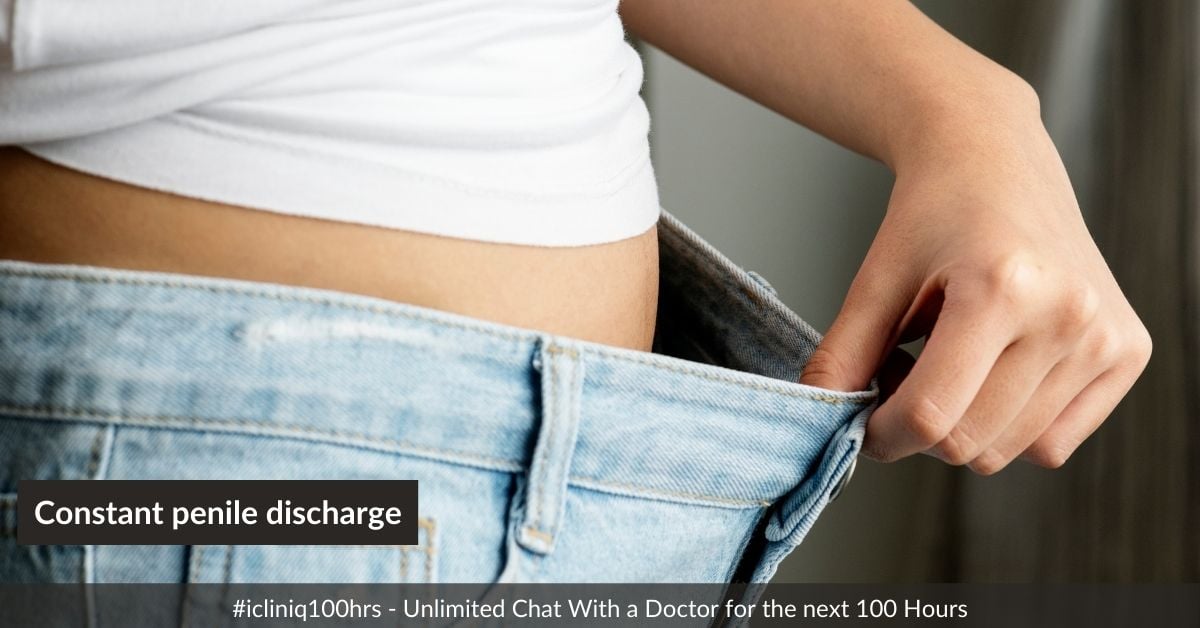 I had gonorrhea or chlamydia five times. I had penile discharge before four months. I started taking Doxycycline, Azithromycin on and off for four months. When I take medicine, the discharge color changes from yellow to clear, and it is not all the time, mostly when I squeeze my penis (very little clear discharge) or in the morning after few hours at work, when I check my underwear, I see few white spots. Lately, I have taken Ciproflaxcin, Cefixime, I was injected with 3g Cefrtiaxone for three days back.

I also tried 2G Metronidazole (I thought I had Trachis). I asked a dermatologist that if it is super resistant gonorrhea, he told me it's fungus and he gave me Fluconazole (150 mg per week) and Alka-Ur bags which did not help. I tried to stop Doxycycline for a week, the discharge turned from watery to yellow, and it happens almost all the time. Now I finished 3G Azithromycin (500 mg daily) and 2.4G Cefixime (400 mg daily) and 4G Doxycycline (200 to 400 mg daily). I do not have discharge anymore, but when I squeeze my penis hard, I can see a clear watery line on the tip of my penis. No burning sensation during urination or otherwise. Please advise me on what to do as every current dermatologist I asked does not know what to do.

As there are no signs or symptoms like fever, wound, pain, burning micturition, or active discharge, the possibility of an active infection seems to be unlikely. The thin line you are mentioning that appears on the penile tip on squeezing seems more like the lubricating fluid that comes out from penis when stimulated or aroused and is quite normal. It can also be seen on your underwear as sticky spots, which are also normal.To be extra sure, repeat a urine routine and microscopy test and a blood test for STD panel. If they came back negative, it would further strengthen my above statement. Feel free to ask if you have any further queries.

|
Related Questions:
How can I treat allergic reaction to Doxycycline?
I have penile itching, burning, and discharge. Please advice.
If routine and culture urine tests are normal, is chlamydia and gonorrhea test necessary?

May I know the set of tests to be done for gonorrhea and chlamydia?

Query: Hi doctor, Please explain the laboratory tests to be taken for gonorrhea and chlamydia. Is there any test other than urine and throat swab test? If I go for testing what should I ask? How much will it cost?  Read Full »

Query: Hello doctor, This is regarding a syphilis test RPR ratio.  Read Full »

Side Effects of Doxycycline, Which I Took for UTI

Query: Hello doctor, I have been sick with side effects from Doxycycline for two weeks. I had a UTI which has cleared. I have been to the doctor twice, they checked my urine, and there is no infection. I feel tired, have chills, I feel cold, have a back and joint pain. I do not have a fever. I have read t...  Read Full »