Q. Does RBC count of 6 to 8/hpf in urine report mean UTI?

Answered by
Dr. Shahil Khant
and medically reviewed by iCliniq medical review team.
This is a premium question & answer published on Jun 06, 2018 and last reviewed on: May 27, 2019 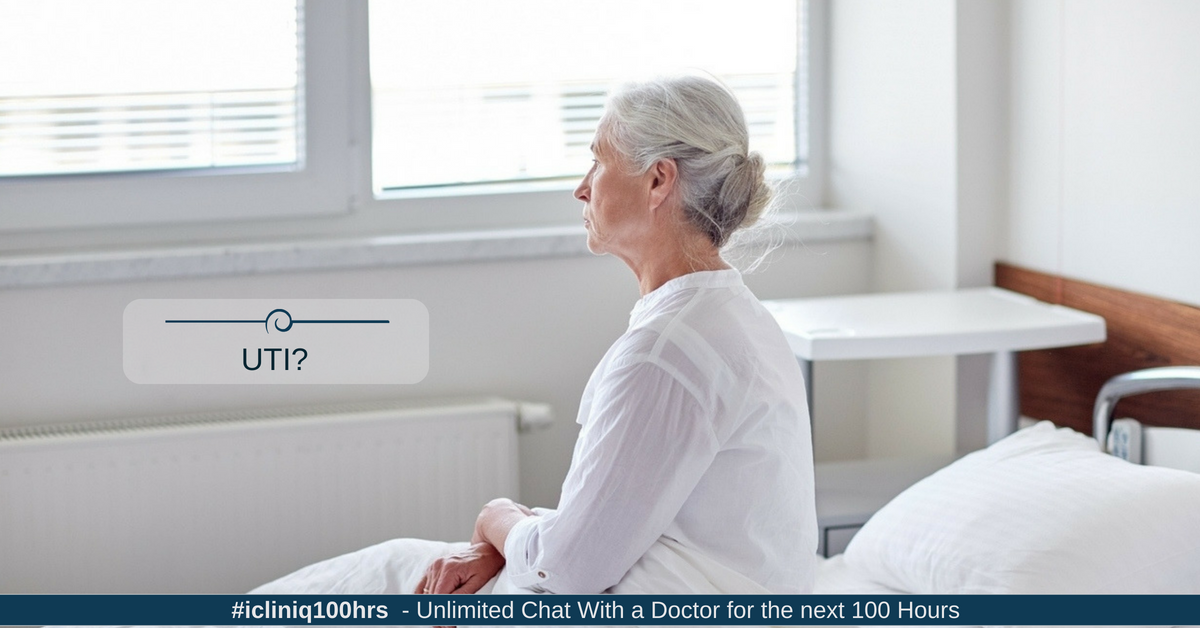 My 64 years old mom was recently diagnosed with ovarian cysts and is undergoing a hysterectomy plus oophorectomy two days later. During the same routine health checkup when her cysts were diagnosed, her urine report showed RBC of 6 to 8/hpf. Is this a possible UTI? And if it is, why should not our surgeon correct it before the operation? I asked him about it, and he said it would be taken care of when she gets admitted. I wonder why?

I am particularly more worried about it because she also has a left artificial hip from the past two years which should not catch any infection. I remember her orthopedician asking for a urine culture a few days before her hip replacement and giving her antibiotics for the UTI immediately after that surgery. So, why is this surgeon not bothered to correct the UTI pre-operatively?

RBC (red blood cells) in urine does not mean UTI (urinary tract infection). Pus cell in urine indicates UTI. Up to five pus cells per HPF are normal. 2 to 4 is in your case. So, it is not UTI.

There are many causes of RBC in urine. Is she on any blood thinners, like Ecosprin (Aspirin) or Clopidogrel which can cause mild RBC in urine. So, that might be the cause and not UTI.

In case it is not UTI, then it is even scarier because she is only taking Aztor 10 and Shelcal. I have been reading online that blood in urine can be caused by OVCA and we are doing the cyst surgery for the same.

Relax and do not worry. By OVCA, do you mean ovarian cancer? We cannot predict OVCA until final biopsy report comes. OVCA will not cause blood in urine until it is a fairly advanced stage and infiltrating the urinary system, which is not your case.

As per me, at present, she does not require anything more. You can repeat urine microscopy after six weeks to check if it is still persistent as it may also come intermittently from kidney in old age. Depending on the report further investigation may be required. So, please do not refer to the internet as it will only increase your anxiety and confusion. On a lighter note, trust your treating doctor.

|
Related Questions:
A Patient's Guide to Recurrent Urinary Tract Infections
Does RBC count of 6 to 8/hpf in urine report mean UTI?
Why there is a continuous pain and sensation in the right side of the body?

Query: Hi doctor, A few days ago I was diagnosed with UTI infection. I was put on antibiotics, and the ER doctor sent my urine for a culture. My doctor told me that Klebsiella pneumoniae is present in my urine culture and referred me to a specialist. What does it mean? I am 23 years old and sexually active...  Read Full »

How to treat vaginal dryness and pain following a UTI?

Query: Hi doctor, A few months ago, I was suffering from UTI and followed by vaginal dryness. Right now, I feel occasional sharp pain in my vagina, which subsides after a while. Also, I am getting pain during intercourse. I wanted to know the ways to treat this vaginal dryness. I had urine and culture t...  Read Full »

Query: Hi doctor, I am suffering from urinary tract infection. I get these once in every couple of years. I need to get an antibiotic to get rid of it. Please help.  Read Full »