iCliniq / Health Articles / Control Alcohol Drinking / How Much Alcohol Is Too Much?
ADVERTISEMENT
Addictions Data Verified

Alcohol - How Much Is Too Much?

This article helps in the self-assessment of alcoholism in a common man, using a validated scientific questionnaire. 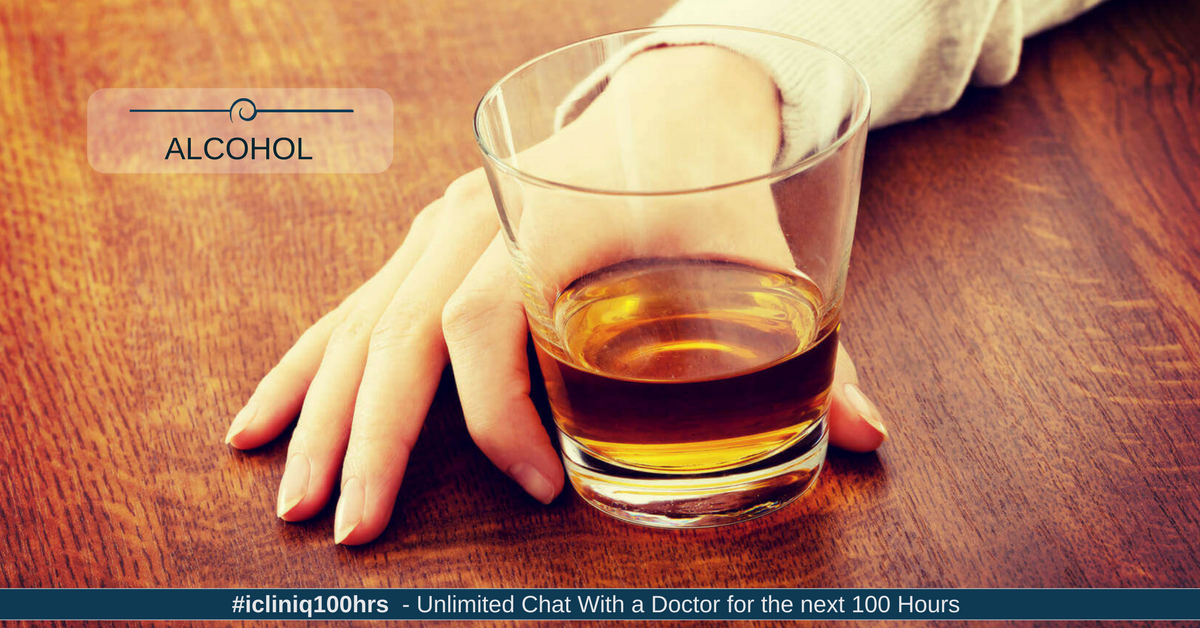 Alcoholism and its related health consequences are a major health care issue all over the world. The social, economic and health consequences are well known. But it is also important to acknowledge the fact that alcohol is an important part of our lives in the form of relaxation, fine dining, socialization, etc. The common man/woman who wants to enjoy drinking responsibly faces a lot of questions. Some of them are: 1) Am I drinking within limits/how much is too much? 2) Am I addicted to alcohol? You can find answers to these questions in this article.

Am I Drinking Within Limits/How Much is Too Much?

The British Units system is easy, as the units can be calculated by Alcohol By Volume (ABV) mentioned in the beverage container and the amount consumed in mL as well as clear guidelines.

The UK recommendation is that men should not drink more than 3-4 units per day and women not more than 2-3 units per day. Also, weekly not more than 21 units for a man and 14 units for woman are recommended. Binge drinking is defined as drinking more than 8 units a session for men and 6 units for women. Again, as mentioned earlier it is advisable to fix your own ‘dosage’ of alcohol as per your sex, ethnic group and tolerance level. Also, it is important to have 2-3 alcohol free days per week to reduce the chance of tolerance to alcohol which reduces the chance of dependence and excessive drinking. For example, for a man, it should be 50-60% per day (1.5-2 units) of the UK recommendation 3-4 days per week for instance.

Related Topics
How to get someone to stop taking alcohol forever?
My heart beats fast and eyes become red if I drink alcohol. Is there a treatment?
Do You Have Low Blood Pressure? Do Not Ignore

Now let us see the units in common alcoholic beverages:

Now, you should be able to know how much exactly you are drinking and whether it is within limits that you think is appropriate for your sex and ethnicity.

Am I Addicted to Alcohol?

Well, if you are asking this question, you should first calculate your daily/weekly unit consumption.

Doctors ask what is called a CAGE questionnaire to screen people for alcoholism and dependence.

C - have you ever felt the need to Cut down on drinking?

A - have you ever been Annoyed by other's criticism about your drinking?

G - Have you ever felt Guilty about drinking?

E - Have you ever felt the need to drink, as the first thing in the morning to overcome the hangover (Eye opener)?

If your answer is yes for more than 2 out of 4 or yes for drinking as eye opener (E in CAGE), then you have a problem with alcoholism.

I hope this discussion has helped you in deciding your alcohol limitation and enable you to maintain your health.

Is It Harmful to Consume Alcohol Every Day?

Yes, it is harmful to consume alcohol every day. Excess alcohol can damage the cardiovascular and circulatory systems. It may also cause mental problems such as anxiety, depression, memory loss, and dementia.

How Many Alcoholic Drinks per Day Is Normal?

Consuming a fixed amount of alcohol every day is called drinking in moderation. Moderate alcohol use for adults includes up to one drink for women and two drinks for men per day. However, if consumed every day, it may lead to alcohol addiction.

Can Every Day Drinking Make a Person Alcoholic?

Alcohol addiction may also be known as alcohol use disorder. Drinking every day may not necessarily cause addiction. But regular drinking can very well lead to alcohol-related complications such as liver and cardiovascular disorders.

What May Be the Signs of Drinking Too Much Alcohol?

The various symptoms of drinking too much alcohol may include:
- Friends and family express concern.
- Drinking alone.
- Hiding the habit of drinking.
- Unable to reduce drinking.
- Work and personal life get affected.

Is Any Form of Alcohol Healthy?

Alcohol, in any form, has its own risk. However, red wine is comparatively healthier alcohol. Red wine contains antioxidants. They can prevent cell damage and, at the same time, promote the overall health of a person.

What Are the Signs of Liver Damage in Alcoholism?

The signs of liver damage due to alcohol may include:
- Sickness
- Weightloss.
- Appetite loss.
- Excessive vomiting.
- Bloody stools.

How Long Does Alcohol Stay in Blood?

Alcohol may stay in the blood for up to 12 hours. Alcohol can be detected in urine for up to 3 to 5 days via the ethyl glucuronide (EtG) test or 10 to 12 hours via the traditional method.

Why Does Alcohol Make You Feel Sleepy?

Alcohol makes a person feel very drowsy because alcohol can depress the central nervous system. It gives a sedative effect to the body. It relaxes the senses and hastens the onset of sleep.

What Are the Ways to Test for Alcoholism?

The most common ways to test for alcoholism are AUDIT (alcohol use disorder identification test). This test contains a questionnaire of 10 questions. The questions will be pertaining to the frequency of alcohol consumption and the problems related to it. The points determine the gradient of alcoholism.

What Are the Ways to Stop Drinking?

Ways to stop drinking includes:
- Making a written resolution.
- Setting a goal.
- Limiting the days and the number of drinks.
- Not storing alcohol in the house.

Query: Hi doctor, I am 24 years old. Is it safe to consume alcohol in moderate level? What is the moderate level recommended? I am concerned about my health. Please help.  Read Full »

Does yellow vomit after drinking alcohol a sign of liver damage?

Query: Hello doctor, I am 44 years old. I consumed alcohol (whiskey) last Friday, about 20 ounces over 5 hours. I do not drink often. I had my dinner after taking alcohol. The next day morning I vomited, it was yellow and no food. An hour later, I vomited again, it was green and no food. I have no diarrh...  Read Full »

What could be the cause for diarrhea with loss of appetitie and dry mouth?

Query: Hello doctor, Every once a month at least I get a flare up of diarrhea where I go at least six times a day and nothing seems to settle my stomach. The stool itself has a weird texture, almost sand-like. Most of it float down but some do float up and there is mucus in it. Other symptoms I am experie...  Read Full »

Do you have a question on Control Alcohol Drinking or Alcohol By Volume?