This article talks about the importance of eye examination in diabetics to prevent diabetic retinopathy. 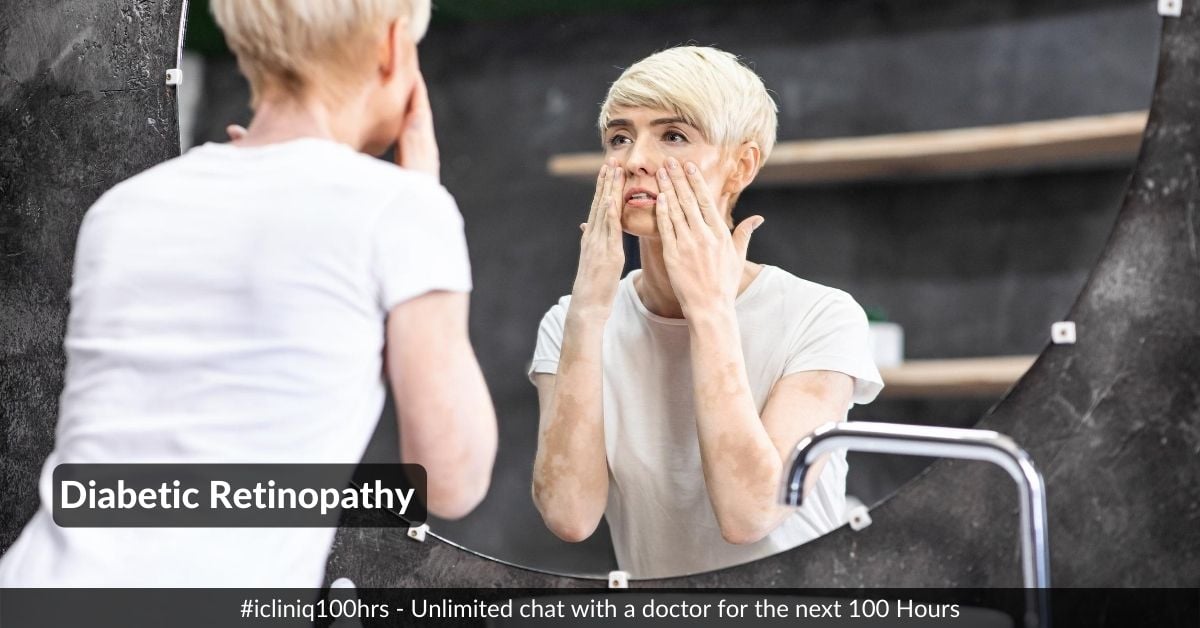 Related Topics
Prevention of Diabetic Retinopathy
Diabetes Mellitus and Oral Health
What is an alternative to Lantus in controlling blood sugar level?

The risk factors for the development of diabetic retinopathy are:

The treatment of diabetic retinopathy is by the use of laser photocoagulation by a procedure called as pan-retinal photocoagulation to remove the ischemia and to prevent the development of new blood vessels.

Hence all diabetics should undergo eye examination once a year to diagnose diabetic retinopathy in its earlier stages and to treat it by laser photocoagulation, thus preventing blindness.

At each visit, the ophthalmologist performs an examination of the retina by a procedure called indirect ophthalmoscopy to assess the state of the retina. Further treatment is planned depending on the severity of the condition.

What Is Diabetic Retinopathy?

Diabetes retinopathy is a complication of uncontrolled diabetes. It can lead to a state where blindness can also occur. The increased glucose levels in the blood can cause damage to the retina. If you have diabetes, then you have to be extra-careful.

What Are the Causes of Diabetic Retinopathy?

Are All Diabetic Patients Affected by Diabetic Retinopathy?

What Are the Stages of Diabetic Retinopathy?

What Does a Patient Affected By Diabetic Retinopathy See?

A patient with diabetic retinopathy might see spots floating in the vision. It might give blurred vision, and the vision would not be stable for an individual. You can get help from an ophthalmologist to improve your vision.

Is It Possible to Reverse Diabetic Retinopathy?

No, it is not possible to reverse diabetic retinopathy. It is possible to take precautionary measures to prevent the ill effects. By practicing certain exercises, blurred vision can be overcome.

Can You Drive With Diabetic Retinopathy?

Medical reports suggest that patients who are affected by diabetic retinopathy have poor night vision. Most of them manage to drive well during the morning time. Due to the alterations in the vision during the day and night time, they are not recommended to drive.

How to Improve the Condition of Retinopathy?

The condition of retinopathy can be treated with the help of the following options.
- Vitrectomy. It is a surgical procedure in which vitreous humor is removed.
- Photocoagulation. The method of photocoagulation is a laser treatment that can prevent the leakage of the fluid and blood.
- Panretinal photocoagulation.

What Is the Cause for Blurred Vision in Diabetic Patients?

The blurring of the vision is usually seen in diabetic patients. When there is an elevation in the level of blood sugar, the water in the body is dragged into the eyes that might result in swelling. This swelling will cause the vision to get blurred. It might take more than six weeks for the swelling to subside.

What Happens in the First Stage of Diabetic Retinopathy?

Can Diabetic Retinopathy Be Cured?

What Is the Treatment Option for Diabetic Retinopathy?

Query: Hi doctor, My friend recently got a blood test done and they told her that she had a large number of schistocytes. However, she was not found to be anemic and has no other history of serious health issues. She is 30 and thin built. She has been anemic on blood tests occasionally in the past. I do...  Read Full »

Article Overview: Diabetes is one of the leading causes of permanent blindness. We need to be aware of how to avoid the complications of diabetes. But early detection and prevention can help prevent permanent disability. Read Article

Introduction: "Eyes are the most beautiful organs created by nature which enables us to visualize things, people, animals, etc. It is an essential factor that is necessary for individuals to be independent in their life." But a lot of health conditions not associated with the eye cause complication...  Read Article

Why is there a muscle tension in my shoulders, arms, and hands?

Query: Hello doctor, I have problems with clear thinking. When I am in a wrong position, there will be tension in my shoulders and arms, and in my face muscles, but also I cannot think clearly anymore. It is like a blackout. When I bend my head forward for a few seconds, my body reacts with sweating, rapi...  Read Full »

Do you have a question on Diabetic Retinopathy or Microangiopathy?