Attention-deficit disorder is known to affect children. Still, they are known to be active and brilliant people. Read the article to know about the symptoms, causes, and treatment options. 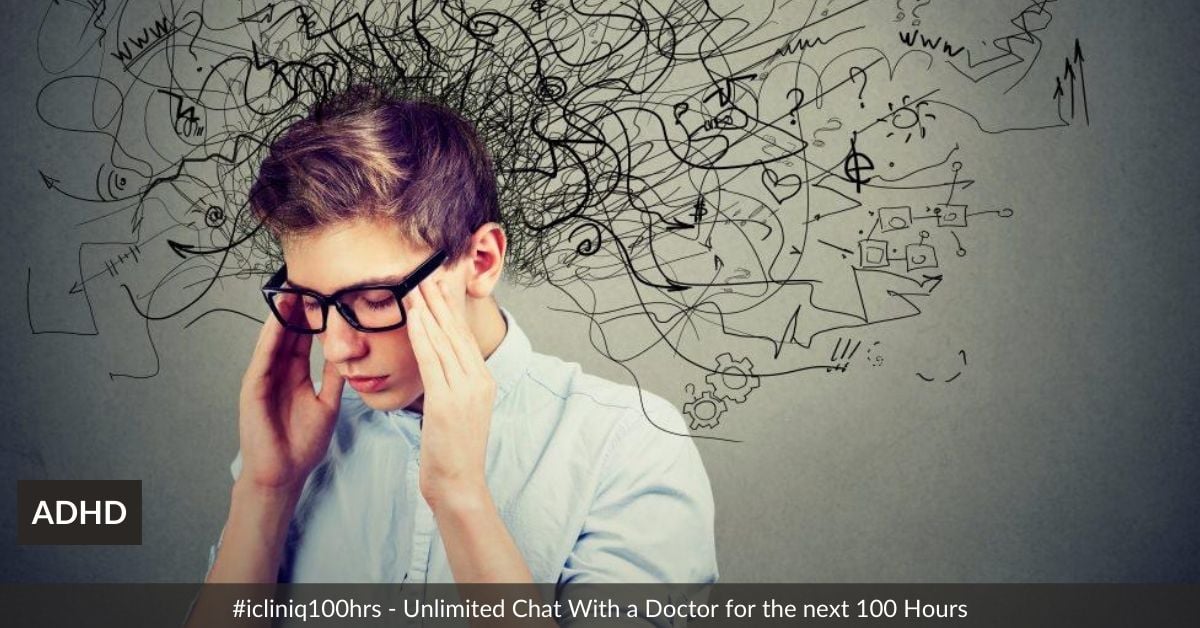 What Is Attention-Deficit Hyperactivity Disorder?

Attention-deficit hyperactivity disorder is a behavioral condition that interferes with focus, self-control, functioning, and social skills. People with this condition have trouble with time management, dealing with emotions, remembering things, completing tasks, and difficulty in controlling their impulsive behavior.

Hyperactivity involves over-enthusiastic patients, who are not willing to remain in a place, highly impulsive and excessive muscular movements. Hyperactivity usually develops in school-age and might recede as the child grows up. It often co-exists with attention- deficit and hyperactivity disorder.

What Are the Types of Attention-Deficit and Hyperactivity Disorder?

The symptoms of Attention-deficit hyperactivity disorder show up at different ages in different people. They may be diagnosed early in life or well into adulthood when they are faced with situations that demand being organized and social. It is important to note that there is no impact on the child's IQ (intelligence quotient). They are as smart as their peers. Although they appear to lack focus, they can excessively focus on certain tasks that they find interesting.

There are two categories of symptoms in Attention- deficit hyperactivity disorder, which includes:

Who Are the Famous Personalities With Attention-Deficit and Hyperactivity Disorder?

There are many misconceptions that these people are lazy and less smart. Actually, that is not true. Because there are many people who made footprints in their field, in spite of being an Attention-deficit person.

What Are the Warning Signs?

Consult the child's pediatrician if you notice some of the worrying signs.

- Fail to finish what they started.

- Demanding on the teachers at school.

- Behave rashly when taken outside.

- Seem unpopular with their peers.

There are no imaging tests to detect Attention-deficit and hyperactivity disorder.. Psychologists and psychiatrists use The Diagnostic and Statistical Manual of Mental Disorders (DSM-5). The doctor will use a combination of history from the child's parents, feedback from school teachers, and a set of questions about the child's behavior that is to be answered by the parents.

There is no cure for Attention-deficit hyperactivity disorder. The simultaneous use of medication and psychotherapy such as cognitive behavior therapy is found to be very beneficial in managing their symptoms.

As parents, it can get challenging to handle a child diagnosed with ADHD and there may be many questions arising in your head. It is important to realize that it is not that the child is unwilling to focus on what he is doing, but he or she is unable to. Once you are clear about this, you can gradually work out a strategy that works best for you and your child as well as others in the family. Here is how you can help your child 'fit in'.

Can ADHD Kill Your Child?

ADHD increases the child’s risk of experiencing various life-threatening issues. A late diagnosis with ADHD causes more children to die prematurely. This may explain that lack of treatment options and delayed treatment plans might increase the chances of mortality.

Is ADHD a Serious Mental Illness?

Attention-deficit and hyperactivity disorder is a mental illness, but its severity depends on the efforts taken by the parents regarding the treatment. ADHD is diagnosed in school children. If not treated properly, the disorder can proceed to adult life too. So, it is important that you diagnose at an early stage.

Is ADHD the Same as Autism?

Both ADHD and autism share many of the same symptoms. But, they are two different conditions. Autism involves several developmental problems such as language skills, social interactions, behavior, and the ability to study and gain knowledge. ADHD deals with the different ways the brain can grow and develop. The child might have both at the same time.

ADHD is a health problem commonly seen in children who are not unable to focus on academic work. It may be accompanied with procrastination of work and weak organizational skills. The child has great difficulty in focusing on an object, situation, or work.

How Do ADHD Kids Behave?

Some children affected by ADHD are very hyperactive. But some children are very calm and quiet. Some kids tend to have too much focus on a single task and have trouble moving the focus to something else. Some kids have difficulty in focusing attention on one thing.

What Is the Root Cause of ADHD?

The causes of ADHD might include acquiring the genetic element from a close family member. Other reasons would be unwanted exposure to toxins such as lead, pipes, etc. Maternal usage of drugs, alcohol, or cigarettes during pregnancy.

Foods that increase the risk of ADHD reactions include chocolate, corn, milk, tomatoes, wheat, soy, eggs, beans, oranges, and grapes. If you found that a specific food is contributing to the symptoms of ADHD, then talk to your ADHD doctor about trying an elimination diet.

How Do I Teach My ADHD Child Self-Control?

- Help the child in identifying the feelings end emotions.
- Be clear about expectations. Some kids react badly when they do not
know what to expect in a situation, or what is expected from them.
- Play at self-control.
- Give a related reward.
- Take a break.
- Praise the efforts of your child.

Are People With ADHD Highly Intelligent?

A lower IQ level is not associated with ADHD. Many of these people are highly intelligent. They are known to have high creativity aspects, even more, the normal kids. Since they are good at having intuitions, they tend to manage a crisis better.

How Do They Test for ADHD?

- Conduct a general physical and neurological exam.
- Obtain a thorough medical and family history.
- Lead an interview with you, your child, and your child's teacher(s).
- Observe your child at play or school.
- Use standardized screening tools for ADHD.

I am taking Atomoxetine for adult ADHD. What are the long-term side effects?

Query: Hi doctor, I was suspected to have adult ADHD. I am continuing Atomoxetine HCL for almost a year and my current dosage 60 mg/day. I observed significant improvement in concentration and reduced distraction. Is there any long term side effect of this drug?  Read Full »

Why do I get agitated, mentally hyperactive, cannot sleep and get suicidal thoughts?

Query: Hello doctor, It was five years back when I encountered sleep problem for the first time, and at that point, I was doing a night shift. I consulted a doctor, and he suggested me the medicine Clonazepam 0.5 mg. I had continued Clonazepam 0.5 mg for 1 year. After more than a year, I got to know from a...  Read Full »

How to deal with my son's behavioral problems?

Query: Hello doctor, My son is 5.5 years old with developmental delay, speech delay and poor motor skills. He is always hitting, biting and scratching other kids or me when he is upset for any reason. I do not know how to deal with this. I have tried many things, but nothing works. Also, he has a 9 year ...  Read Full »