Be Aware of the Thyroid!

The thyroid is a butterfly-shaped gland in front of your neck. Along with the other glands of the endocrine system, it regulates the metabolic functions of the body by releasing thyroid hormones. This article talks about the normal functions of the thyroid as well as common thyroid disorders and their symptoms and treatments. 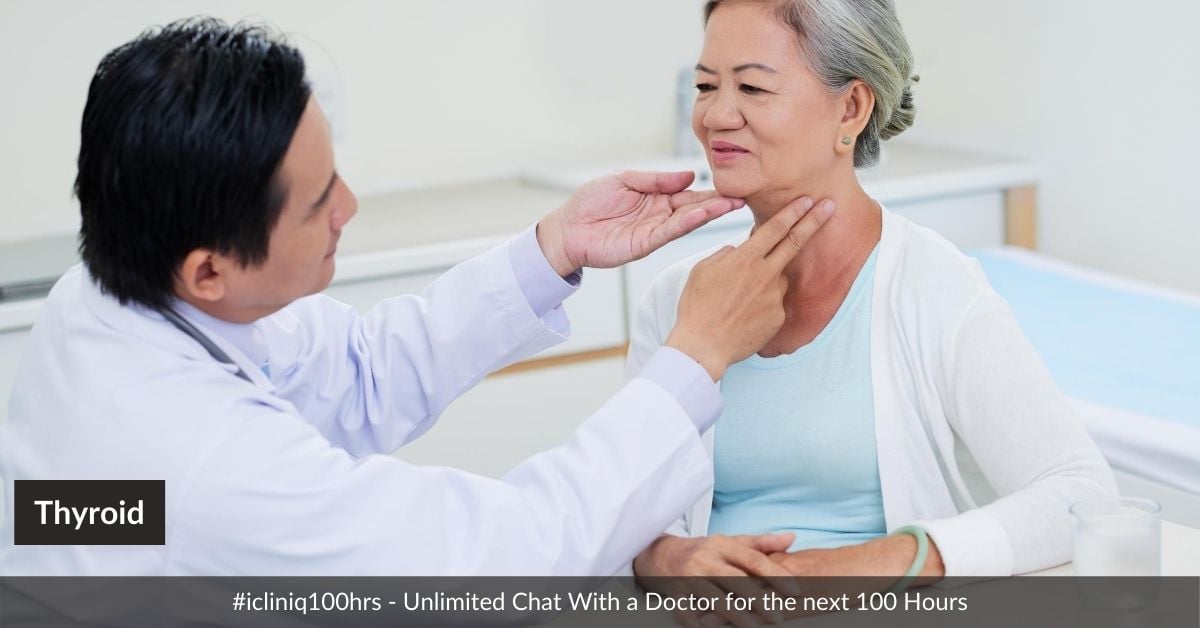 The thyroid is a butterfly-shaped gland in front of your neck. Along with the other glands of the endocrine system, it regulates the metabolic functions of the body by releasing thyroid hormones into the bloodstream. 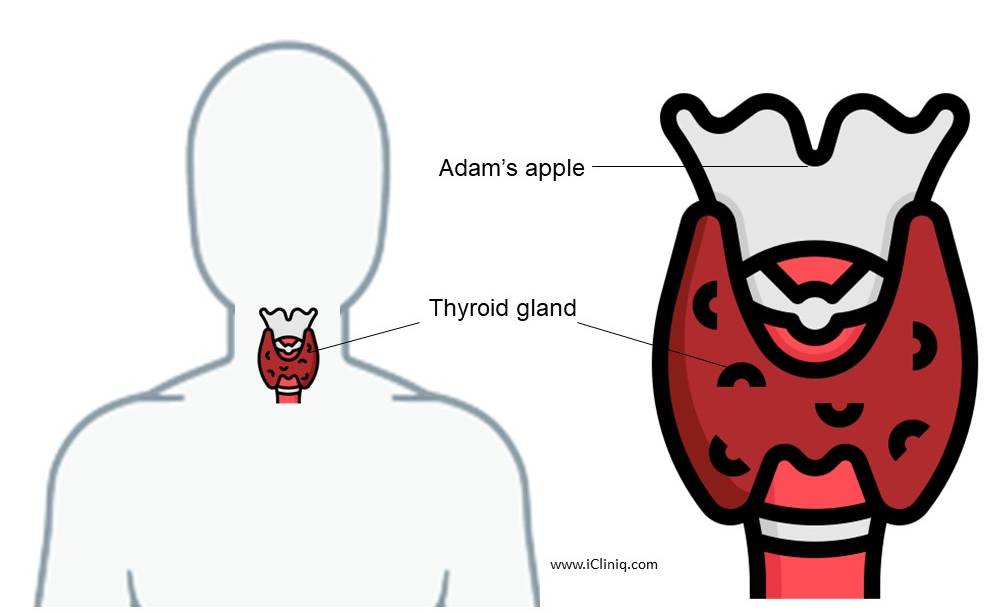 Normal Functions of the Thyroid

The thyroid gland absorbs iodine from our diet and combines it with an amino acid known as Tyrosine to make the thyroid hormones T3 (triiodothyronine) and T4 (thyroxine). They are involved in regulating a variety of bodily functions such as: 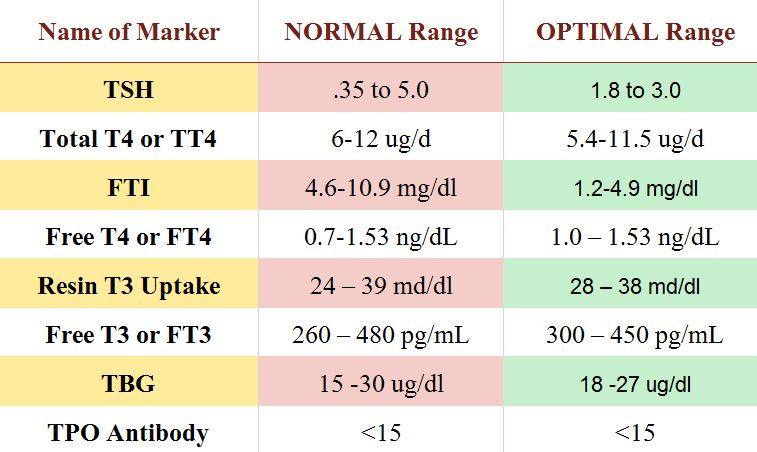 This is a disorder of the thyroid where the gland is overactive. In this condition, there is an overproduction of thyroid hormone. It is more common in women and those over 60 years old. An autoimmune disease known as Grave's disease is the most common cause, but there may be other reasons as well.

In this condition, the thyroid gland is underactive and there is an underproduction of thyroid hormone.

Goiter is a non-cancerous, abnormal enlargement of the thyroid gland. It is more common in women than in men. It is of different types based on the cause.

Thyroid nodules are small, harmless, benign overgrowths that can develop on the thyroid gland. They can be solid or fluid-filled. They are mostly asymptomatic. Sometimes, some symptoms may develop such as the following.

Sometimes, no treatment is required. If symptoms are present, one of the following may be required.

Graves' disease is an autoimmune disease where the body's immune cells mistake the thyroid cells to be foreign substances and attack them, causing overproduction of thyroid hormones.

There is no cure for Graves' disease. Medicines cannot stop the immune system from continuing to attack the gland. But, symptoms can be managed with certain medications. 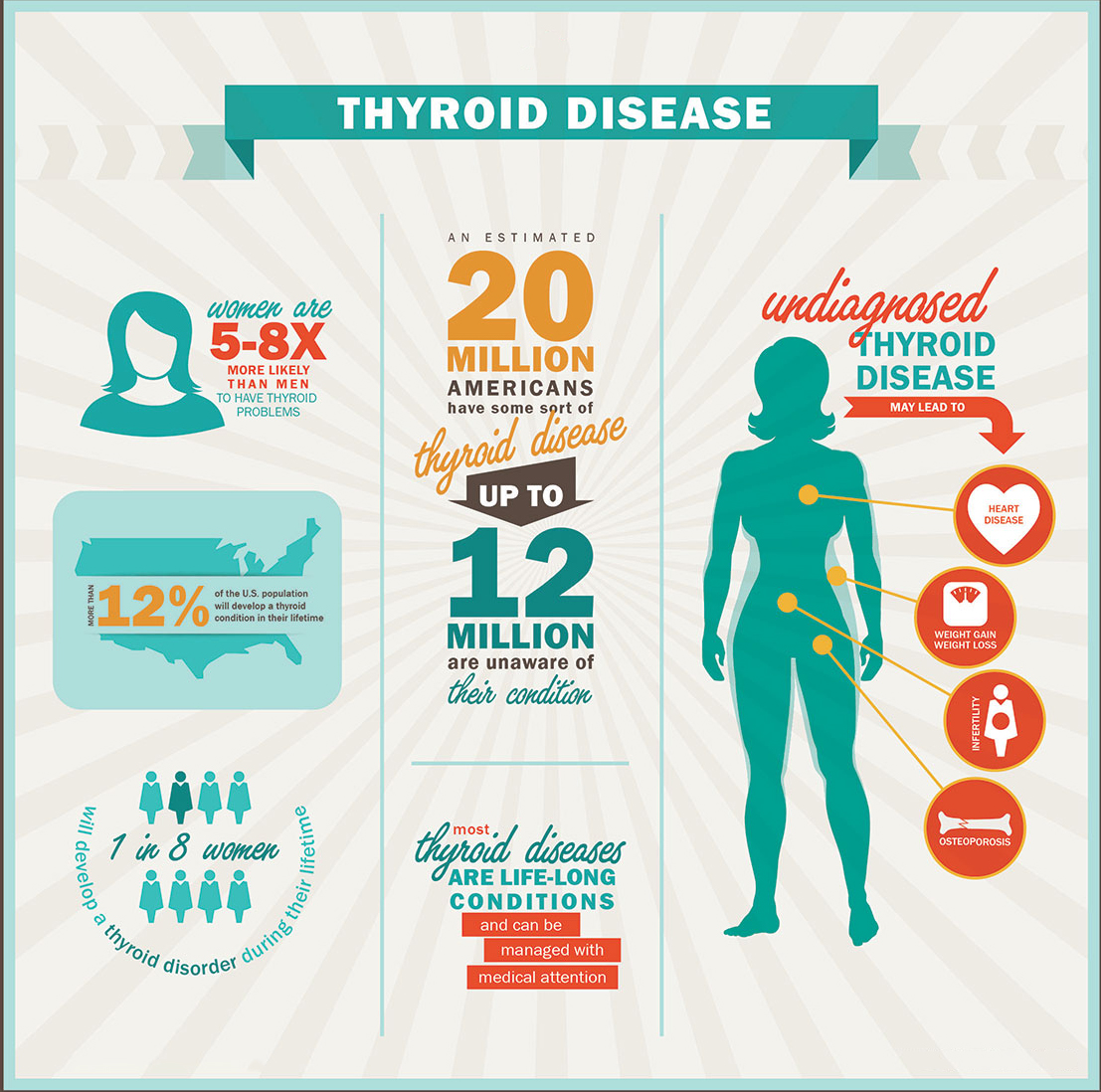 What Are the Signs of Thyroid imbalances in Females?

How to Identify If You Have Thyroid Issues?

How Can the Thyroid Problem Affect the Body?

Imbalances in the thyroid hormones can affect the heartbeat's force and speed, blood pressure, and cholesterol levels by worsening the heart's health. When the thyroid level drops down, it can lead to hypothyroidism that can affect the heart and circulatory system in many ways. Lower production of thyroid hormone can also slow down the heart rate. It can also affect the central and peripheral nervous system's development and function and cause peripheral neuropathy.

What Is the Cause of Thyroid Problems?

The thyroid problems can be caused by:
- Iodine deficiency.
- Autoimmune diseases like Graves' disease or Hashimoto's disease.
- Inflammation, which is caused by a virus or bacteria.
- Nodules, or non-cancerous lumps.
- Cancerous tumors.
- Specific medical treatments, including thyroid surgery, radiation therapy, and some medicines
- Genetic disorders.
- Hardly, pregnancy can cause thyroid problems that can cause problems to the mother and baby, including premature birth, miscarriage, preeclampsia, and bleeding after childbirth.

How to Self-Check the Thyroid?

The thyroid can be self-checked by standing in front of a mirror to check the base of the neck. Now tip your head back and drink water. As you swallow the water, look at your neck and check for any bulges or protrusions in the area where you swallow, and do not confuse this with your Adam's apple. Then use your hands and slowly feel the area over your thyroid; if you feel any lumps or bulges in your throat, make an appointment with your physician.

What Type of Foods Are Harmful to the thyroid?

The foods which are harmful to the thyroid and may impair the normal functioning of the thyroid gland are:
- Soy-based foods like tofu, edamame beans, tempeh, soy milk, etc.
- Cruciferous vegetables like broccoli, cauliflower, kale, spinach, cabbage, etc.
- Certain fruits like peaches, pears, and strawberries.
- Beverages like coffee, green tea, and alcohol may irritate your thyroid gland.

Can Thyroid Disease Be Cured?

We cannot cure thyroid disease, but it can be treated successfully with medications by maintaining the thyroid hormone's normal level. It is essential to be frequently on medication to maintain a normal thyroid state.

Which Drink Is Best for the Thyroid Gland?

It is necessary for people suffering from thyroid problems to keep a check on their diet and the kind of water they drink, impacting their thyroid health. Drinks like reverse osmosis water, spring water, and cranberry juices are good for thyroid health.

Which Vitamins Help in the Proper Functioning of the Thyroid Gland?

What Are the Early Warning Symptoms of Thyroid Problems?

The early warning symptoms of thyroid problems which should not be ignored are:
- Fatigue.
- Weight gain.
- Recurring sickness.
- Loss of coordination.
- Brain fog.
- Anxiety or depression.

What Will Happen If Hypothyroidism Is Left Untreated?

If hypothyroidism is left untreated, it can lead to many complications. The thyroid hormone level can impact cardiovascular health, lung function, and abnormal enlargement of the thyroid gland, known as goiter. They may lead to heart problems like a slow pulse, a weakened pulse, an irregular heartbeat, infertility, nerve injury, and in severe cases, coma and death.

How Can Thyroid Affect Your Sleep?

Thyroid imbalances can affect your sleep:
- Hyperthyroidism (overactive thyroid) can cause difficulty sleeping due to nervousness or irritability, muscle weakness, night sweats, frequent urges to urinate, and constant feelings of tiredness.
- Hypothyroidism (underactive thyroid) patients often experience intolerance to cold at night and muscle or joint pain that disrupts their sleep. It can also cause hypersomnia or an uncontrollable need to sleep.

What Should Be the Level of Thyroid Hormone during Pregnancy?

During pregnancy, the target TSH level, as recommended by the American Thyroid Association, is 0.3-3.0 mIU/L, T3 ranges from 80 to 200 nanograms per deciliter (ng/dL), and T4 ranges between 4.5 and 11.7 mcg/dL. Still, the laboratory or doctor might use a slightly different range. When both T3 and T4 are very low, it is considered to be hypothyroidism. Make sure that the TSH levels are monitored and reviewed every six weeks throughout the pregnancy.

Is That Possible to Have a Healthy Pregnancy with Hypothyroidism?

You cannot have a healthy pregnancy if you suffer from hypothyroidism; therefore, it is essential to be adequately treated. Uncontrolled hypothyroidism of the mother has a long-term effect on children. The body needs more thyroid hormones during pregnancy, and without proper treatment, hypothyroidism during pregnancy can cause severe problems like:
- Miscarriage.
- Preeclampsia.
- Placental problems, including placental abruption.
- Premature birth.
- Having a low-birth-weight baby.

Can a Thyroid Disorder Transfer from the mother to the baby?

There is no clear idea that the baby will acquire the mother's thyroid problem. Still, the mother's uncontrolled thyroid issues can lead to some congenital disabilities in the newborn baby. This is because the fetus depends only on the mother for thyroid hormones in the initial few months of pregnancy. When the child does not receive sufficient thyroid hormone from the mother, it will impair the fetus's normal brain development.

Query: Hello doctor, I am 54 years male, having erectile dysfunction and diabetic for the last three years with HbA1c value 8. Can you please prescribe the dose of Sildenafil?  Read Full »

Does radio iodine ablation treatment for hyperthyroidism cause cancer?

Query: Hello doctor, My father had hyperthyroidism six years ago and he underwent radioiodine ablation and now taking thyroxine 100 mg tablet. Now, I want to know whether this treatment causes cancer? Whether it completely destroys the gland or little bit of hormone is secreted or not? Is there any possib...  Read Full »

Can hypothyroidism cause joint pain, shivering and fever?

Query: Hi doctor, I am 30 years old. My weight is 60 kg and height is 5'10". Three months before, I was diagnosed with hypothyroidism. Also, I am suffering from joint pain, shivering and fever. For this condition doctor advised me to take Thyrox 50 mcg, Thyrox 100 mcg for 10 days and Thyrox 125 mcg for ne...  Read Full »

Do you have a question on Thyroid Dysfunction or Multinodular Goitre?