When the nasal septum is significantly displaced to one side, it is called nasal septum deviation. Do all deviated septum need surgery? This article will answer this and many more such questions. 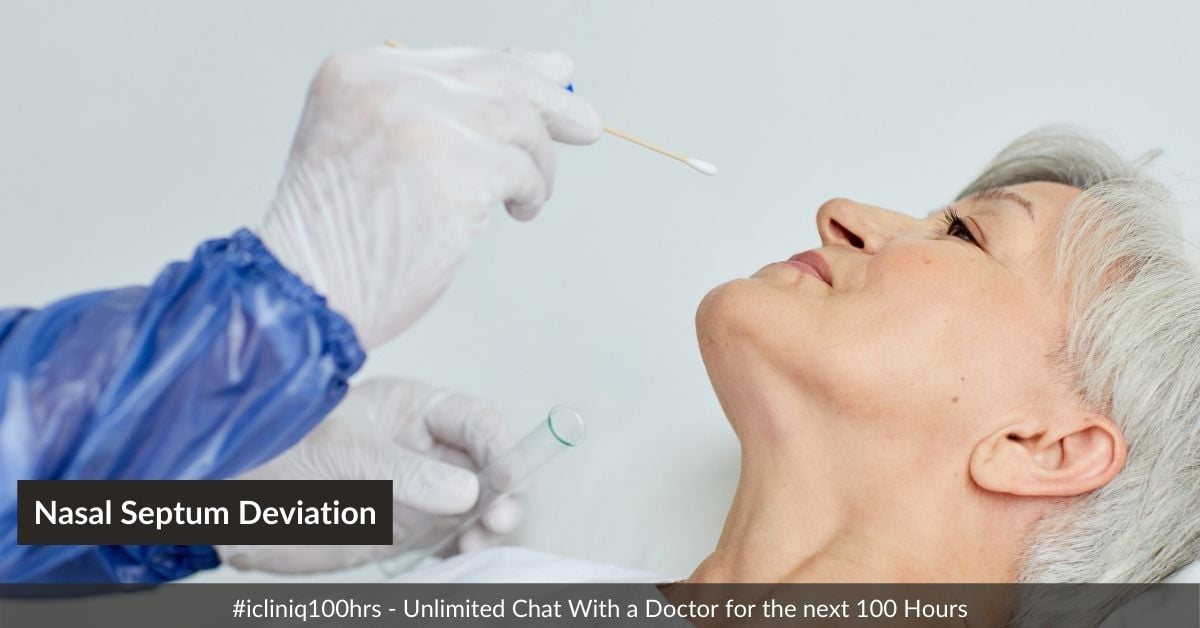 Signs and Symptoms That Indicate the Need for Surgery:

A deviated nasal septum that needs surgical correction is the one that results in some of the following problems:

1) A deviated nasal septum can compress nasal turbinates, causing what we call a contact headache; unilateral nasal congestion accompanies the contact headache. The compression of the middle turbinate may lead to blockage of the maxillary sinus opening, leading to a recurrent sinus infection and thinning of the bony sinus wall. This causes negative sinus pressure, which is called a silent sinus syndrome.

2) A deviated nasal septum may cause repeated epistaxis because of extreme tension on the nasal blood vessels that pass over the nasal septum's deviated part. This type of epistaxis may not respond to medical treatment.

Related Topics
What is my stool test result showing?
Does nose bleeding occur after a septoplasty?
I would like to have the best treatment for constant running nose.

3) A deviated nasal septum may not be presented only by subjective criteria but also can be presented by objective cosmetic signs. Here, surgery is more critical because minimal changes of the nose shape strongly affect the general look of the face.

If I Have a Complicated Nasal Septum Deviation, Would Surgery End My Problem?

Complications of nasal septum surgeries are less frequent now due to the use of endoscopes, but complications still persist.

1) The most common complication is a nasal septum perforation, which happens because of vigorous manipulation during surgery, affecting the septum's anterior cartilaginous part. The annoying problem with this perforation is the persistent whistling sound with each breath plus continuous crust formation along the perforation boundaries. This perforation can be easily closed by the use of a silicon button.

2) Bleeding is one of the most common complications of nasal septum surgeries. Although the hypotensive anesthesia technique now decreases the incidence of intraoperative bleeding, bleeding still persists in some cases because the nose is a highly vascularized space. Intraoperative bleeding is mainly a problem for surgeons, while bleeding after surgery is a complication for surgeons and patients. Although bleeding after the surgery is mostly minimal, but the patients and their relatives can see it as a horrible disaster. Simply bleeding can be stopped by nasal packs and drugs that increase the blood coagulation ability.

All the above-mentioned complications are less commonly seen now due to the use of computerized tomography (CT) scanning, which acts as a navigation system that helps the surgeon to detect his way through surgery, allowing him to respect the dangerous areas during nasal septum surgeries.

In the past, nasal septum surgeries were not welcomed before the age of 16 years because, before this age, the ossification centers in the nasal septum grow actively. So any trauma to these centers can affect the growth of the nasal septum, which in turn affects the whole development of the face. Now, after the use of endoscopes and the special pediatric surgery instruments, the role of 16 years is broken. There is a big medical branch now called pediatric otolaryngology, which cares about otolaryngology pediatric diseases and surgeries.

Can Nasal Septum Deviation Be Corrected?

What Problems Does a Deviated Nasal Septum Cause?

Surgery for correcting the deviated nasal septum is performed under either local or general anesthesia, so there will not be any pain during the procedure. After the anesthesia wears off, there might be slight pain and discomfort, which can be managed with medications.

How Long Will Deviated Nasal Septum Surgery Take To Heal?

Can a Nose Job Be Done for Free With a Deviated Septum?

While getting surgery done for correcting deviated nasal septum, the shape of the nose can also be altered. The change in the shape caused due to deviation will be corrected while doing septoplasty.

Nasal strips are spring-like bands that help in lifting one side of the nose away from the nasal septum, thus improving breathing.

Is Surgery the Only Option for Correcting Deviated Nasal Septum?

What Is the Correct Age for Correcting Deviated Nasal Septum?

Deviated nasal septum correction is done after adolescence. As there are growth centers in the septum, the surgery is not advised during childhood unless it is an emergency.

How to Clear the Sinuses and Nose With a Deviated Nasal Septum?

Sinuses can be cleaned using nasal rinses, such as neti pot, bulb syringe, or any irrigation devices. The nose can be cleaned by using Q-tip soaked in peroxide as there might be a bloody crust around the nasal opening. If the above-mentioned methods do not help, then nasal decongestants and nasal sprays can be used to clean the sinuses and nose.

How Do Surgeons Correct a Deviated Nasal Septum?

Surgeons anesthetize the nasal area and cut one side of the nose to access the nasal septum bone and cartilage. By cutting and removing the part of the septum, reshaping the septum is done.

What could be the major cause of nose bleeding?

Query: Hi doctor,My daughter is 9 years old. She gets nose bleeding once in few months and also gum bleeding. She complains about occasional back pain, stomach burning, and hip pain too. My family physician has written down a series of tests and asked me to get opinions from a hematologist, gastroenterolog...  Read Full »

What is the treatment for deviated nasal septum and sinusitis?

Query: Hello doctor, My 23 years old daughter has been suffering from a blocked nose for the past three months. She took Sinarest and Cefixime antibiotics tablets, and Nasivion S drops. She has only temporary relief from nose block. So, we took a CT scan of PNS (paranasal sinuses) recently. Clinical findi...  Read Full »

How to treat sore throat and post nasal drip with deviated nasal septum?

Query: Hello doctor, I had a sore throat and fever four months ago. I took some antibiotics (Cebosh) referred by an ENT and the sore throat went away. But I have a constant nasal dripping and throat clearing since then somedays it is more and some days it is normal. I can see mucus in my throat and it loo...  Read Full »

Do you have a question on Bleeding From Nose or Nasal Bleeding?