All You Need to Know About Acute Encephalitis Syndrome

Acute encephalitis syndrome (AES) is a group of neurological disorders, that affects the brain and limbs, and caused by viruses, bacteria, fungus, parasites, or chemical toxins 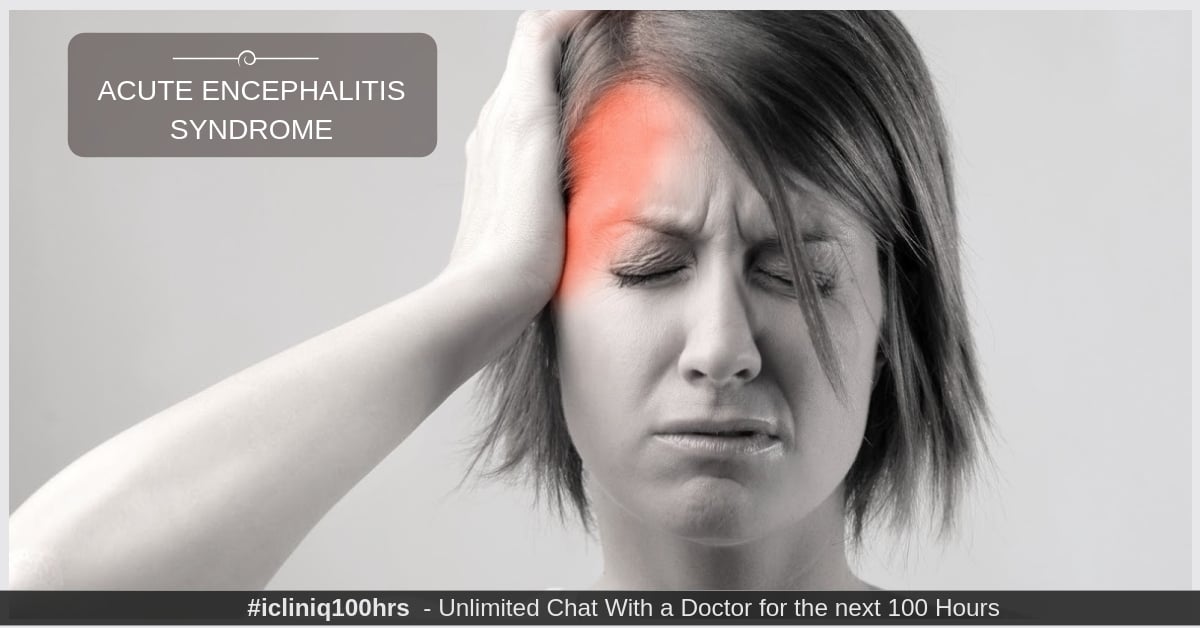 There have been more than 188 cases of acute encephalitis syndrome reported since January 2019 in India. This disease has claimed the life of more than 45 children so far. These deaths have been caused due to low blood sugar levels in the body. To know how low blood sugar level, AES, and deaths are related, let us understand more about this condition.

What Is Acute Encephalitis Syndrome?

Acute encephalitis syndrome (AES) is a group of neurological disorders, that affects the brain and limbs, and caused by viruses, bacteria, fungus, parasites, or chemical toxins. Inflammation of the brain tissue is called encephalitis. It is commonly seen in children younger than 15 years. The outbreak of this disease is common during monsoon. The causative organism varies depending on the season and geographical variation.

What Is the Most Common Cause of AES?

The cause of AES is not clearly understood as it is a very complex condition. It is known to be caused by many factors and microorganisms like viruses, bacteria, fungus, parasites, environmental chemicals, or it can be autoimmune.

Viruses are known to cause most cases of AES. The common viruses include: 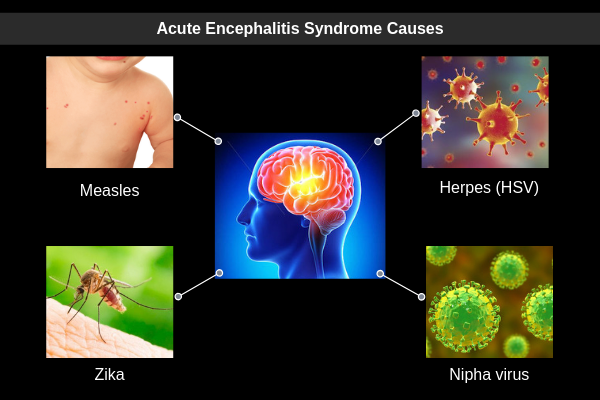 How Does AES Spread?

The virus is spread through drinking or eating contaminated water and food. The JE virus spreads through the bite of an infected mosquito. AES commonly spreads during monsoon. It can also spread from person-to-person contact if it is caused by just viruses that can spread through personal contact.

What Are the Symptoms of AES?

The disease spreads rapidly and affects the cells in the brain. The symptoms include:

What Are the Signs of AES to Look for in Infants?

Signs in infants are:

Who Is at Risk?

AES generally affects children in rural areas. It is mainly due to malnourishment and low blood sugar levels. This results in poor immunity and the condition progresses rapidly, leading to death.

How Is AES Treated?

As it is caused by a viral or bacterial infection, antivirals or antibiotics are used. Fever and seizures are managed with medicines. Steroids and anti-inflammatory medications are used to reduce pain and other symptoms.

Prognosis is good if the disease is caught in the early stage.

How Can AES Be Prevented?

It can be prevented by:

What Are the Complications of AES?

The recent outbreak in India is believed to be due to children consuming unripe or rotten lychee fruit. Consuming lychee is not directly linked to death and AES. Animal experiments have shown that methylene cyclopropyl glycine (MCPG), a toxin present in lychee causes hypoglycemia (low blood sugar). The kids who died are believed to be suffering from AES and hypoglycemia (as they are malnourished and skip meals), which on consuming lychee made the blood sugar levels drop to fatal levels, resulting in coma and death.

Why am I unable to walk steadily?

Query: Hi doctor, I am 76 years old. For the past two years, I am unable to walk steadily. I do not have vertigo. While sitting down, I do not have any problem. Within seconds after standing up, I feel my legs become heavy and difficult to walk. If I try to veer sideways abruptly, I feel like I am going t...  Read Full »

My glans has measles-like red spots all over it. Please suggest an ointment.

Query: Hello doctor,I am 52. I noticed my glans penis has some measles-like red spots all over. Overall, the glans penis seem reddish and slightly inflamed. A light irritation is felt.  Read Full »

Do you have a question on Antibiotics or Neurological Abnormality?