Though ultraviolet radiation induced erythema is seen in all skin types, it is more marked in fair skin and barely perceptible in dark skinned individuals. This article throws light on different skin phototypes and tanning. 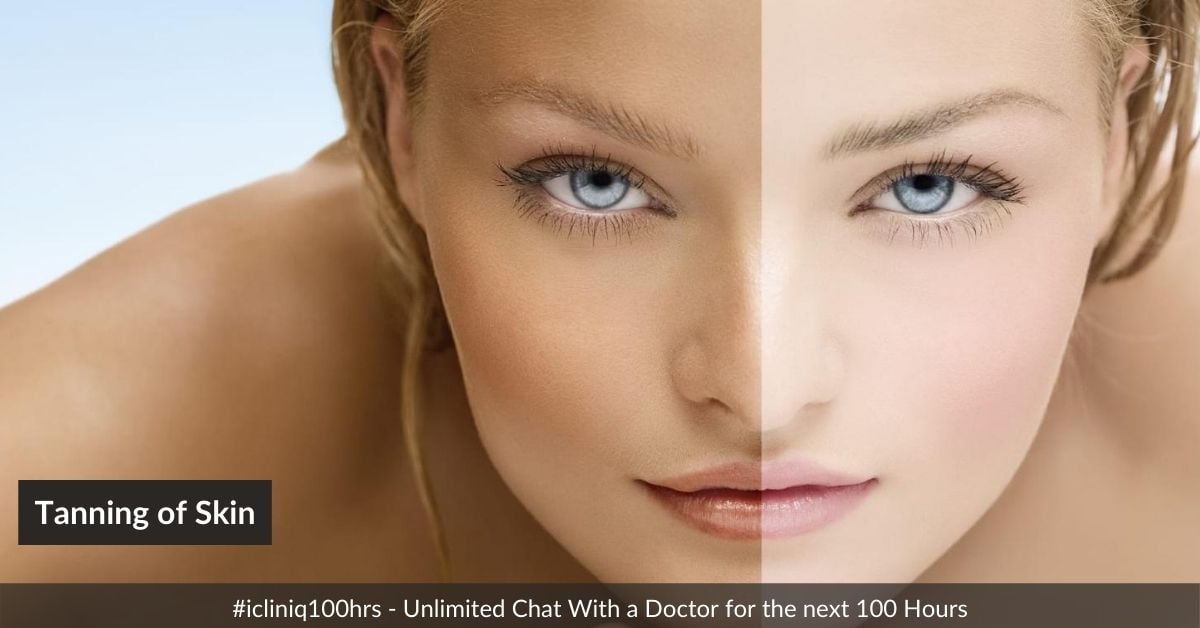 The skin phototype categories are:

Type I - Always burn and never gets tan. Seen in individuals with pale white skin, blond or red hair, blue or green eyes.

Related Topics
Tanning of Skin
What can the red spots on back of hands that resemble bruising be?
What are the effective ways to regain the complexion of tanned skin?

This is primarily due to UVA, longer UVB and also short wavelength visible radiation. It begins soon after exposure to ultraviolet radiation and lasts for up to two hours. Immediate pigment darkening protects the skin against other UV induced effects such as damage of basal cell nuclei.

If any pigment persists for more than two hours, then it is referred as persistent pigment darkening and may last for up to 24 hours. Persistent pigment darkening is usually seen with higher UVA. There is no increase in the number or activity of melanocytes, but there is photo-oxidation of pre-existing melanin with redistribution of pre-existing melanosomes.

In delayed tanning, the spectrum of UV radiation depends on the color of skin.

If there is an increase in the number and activity of melanocytes, then UVB induced delayed tanning has its onset within 72 hours after exposure and it persists for several weeks. While the UVA induced changes occur earlier that is 3 to 24 hours, it overlaps with immediate pigment darkening and lasts for several days.

The UVB induced tanning raises the minimum erythema dose of the skin and it is associated with thickening of the stratum corneum. Thus, it offers a two-fold photoprotective effect whereas UVA induced changes are less photoprotective.

For further information about tanning of skin consult a cosmetologist online --> https://www.icliniq.com/ask-a-doctor-online/cosmetologist

Is vitamin E the right treatment for polymorphous light eruptions?

Query: Hello doctor, I have self-diagnosed myself with polymorphous light eruptions, and I know that sounds annoying to someone who has dedicated their entire career to skin care. But every time I am at the beach in extreme sunlight, around day 2 or 3, I start developing a bumpy and itchy rash. After much ...  Read Full »

Shall I use night cream to get fair skin?

Query: Hi doctor, My face and body color are different. My face is getting dark and black day-by-day. What should I do to increase my fairness and get glowing skin? Shall I use some night cream?  Read Full »

Can I use Rejuglow Gel for skin whitening. I have very tanned skin. Give me suggestions.

Query: Hello, I am a 22 year old, male. I have a very sensitive skin, even after using sunscreens, it is tanned. Suggest me any skin whitening pills.  Read Full »

Do you have a question on Tanned Skin or Fair Skin?