Surgery for vitiligo is a good option for a patient who is not responding to medical treatment. But, patients are not aware of this option. This article discusses the surgical management of vitiligo. 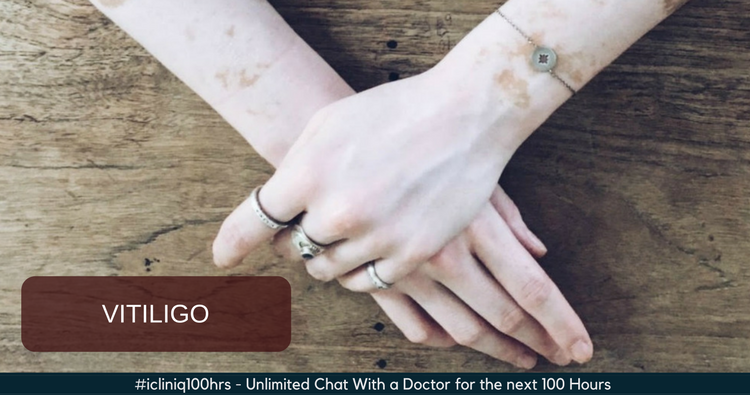 Vitiligo, also known as white patch disease, is characterized by amelanotic or hypomelanotic patches anywhere over the body. To date, there is no definite etiology known for vitiligo. This skin disease has great social consequences in our modern society in spite of it being non-contagious in nature.

What Are the Causes and Pathogenesis of Vitiligo?

What are the Stages of Vitiligo?

Vitiligo can be divided into three stages:

What Are the Types of Vitiligo?

There are five different types of vitiligo, and it depends on where you have it.

Who Is More Likely to Get Vitiligo?

How Is Vitiligo Clinically Identified?

1. Generalized Vitiligo - It is often symmetrical and involves hands, wrists, knees, and neck, as well as areas around body orifices. The hair of the scalp, beard, eyebrows, and lashes may also depigment.

2. Segmental Vitiligo - It is restricted to one part of the body but not necessarily a dermatome (skin supplied by a single spinal nerve). The depigmentation patches are sharply defined, and in Caucasians may be surrounded by hyperpigmentation.

Wood’s light examination enhances the contrast between pigmented and non-pigmented skin. The course is unpredictable, but most patches remain unchanged or enlarged, and a few patches start to repigment spontaneously.

3. Non-segmental Vitiligo - It most commonly occurs on the face, neck, hands, and the areas which are commonly exposed to the sun. It is subdivided into generalized (no specific area), mucosal (lips and mucous membrane), acrofacial (fingers and toes), universal (seen in most areas of the body), and focal (one particular area).

What is the Surgical Treatment for Vitiligo?

Surgical treatment for vitiligo is indicated when the disease is stable and resistant to conventional medical therapy. The advantage of surgical treatment is that it provides long-lasting pigmentary cover over a short period of time.

There are various surgical modalities, such as-

Surgical treatment for vitiligo is indicated for patches resistant and stable for at least one year of time. If a small area or small patches are depigmented, it can be treated with punch grafting and suction blister grafting. If a large area or large patches are involved, thin split-thickness skin grafting, dermabrasion, and culture techniques like melanocytes transplantation are useful.

What Are the Complications of Vitiligo?

To know more about the treatment options of vitiligo, consult a vitiligo specialist online.

What Are the Various Triggers of Vitiligo?

In vitiligo, the primary cause is the immune system destroying the melanocytes in the skin. So any trigger to the immune system has a high probability of causing vitiligo. Other triggers are sunburn and altered emotional distress.

Can I Get Rid of Vitiligo?

Unfortunately, there is no definitive cure for vitiligo. Treatments can only help in reducing the course of the disease. Various methods cover up the skin’s hypopigmented areas to give an esthetic appearance in the affected individual.

Yes, vitiligo is noted to be hereditary. In various studies, it is said to be because of the interaction between genes and unknown underlying environmental factors or triggering factors.

How Quickly Can Vitiligo Spread in My Body?

In certain people, the hypopigmented patches do not spread. But in the majority of people, the white patches usually spread to other areas of the body. Likewise, in a certain group of individuals, vitiligo spreads slowly, where it takes many years. For some, it also spreads quickly. It is really hard to predict the spread of vitiligo.

Yes, both emotional stress and physical stress can trigger vitiligo. It is a complex skin disease that involves a combination of faulty genes and varied environmental factors.

Can Vitiligo Go Away by Itself If Left Untreated?

Vitiligo reduces by itself very rarely. Sometimes, in certain people, little or all of the lost pigment eventually returns on its own, and the white patches completely disappear. However, in the majority of people, the hypopigmented skin patches last and grow larger if vitiligo is not treated adequately.

Is Vitiligo a Sexually Transmitted Disease?

It is a common myth about vitiligo that it is a sexually transmitted disease. The fact is that it is not a contagious condition, and it cannot spread from activities like touching. It can also not spread through saliva, inhalation, blood, sexual intercourse, or sharing of personal items.

At What Age Does Vitiligo Start?

Vitiligo can start at any age, but vitiligo first appears between 20 and 30. The hypopigmented patches may initially begin on the affected individual’s face above his or her eyes. It can also occur in the neck, armpits, elbows, genitalia, hands, or knees. These hypopigmented patches often develop symmetrically, and it can spread over the affected person’s entire body.

Yes, vitiligo shows immediate symptoms. The following are the most common signs of vitiligo:
- A patchy loss of skin color, which initially starts to appear on the hands, face, and areas around body openings like the nose, ear, and the genitals
- Premature graying of the hair on the affected individual's scalp, eyelashes, eyebrows, and even their beard.
- Loss of pigment in the tissues that histologically line the inner surface of the mouth and nose.

Does Vitiligo Aggravate With Age?

Vitiligo is a complicated condition which has only a very few scientific evidence. This condition can initiate at any age and can become more severe over time. There are no studies to show that vitiligo is associated with aging.

What Are the Other Conditions Similar To Vitiligo?

What Foods Should Be Avoided in Vitiligo?

What Are the Symptoms of Mild Vitiligo?

Can I Get Rid of Vitiligo Naturally?

Yes, certain natural remedies can reduce the symptoms of vitiligo. Turmeric is one of the effective home remedies for vitiligo. Turmeric should be used along with mustard oil. It results in the stimulation of the skin’s pigmentation. It is advised to be applied for 20 minutes on the affected area. This method should be repeated twice a day for positive results.

How Do I Recognize the Symptoms of Vitiligo?

If you suspect to have vitiligo, you might experience one or more than one of the following symptoms:
- Patchy loss of skin color.
- This hypopigmentation will initially appear on your hands, face, and areas around body openings.
- Premature whitening or graying your hair.

How Can I Stop Vitiligo From Spreading?

Topical steroids can be applied as cream or ointment on your skin. This method can stop the spread of the hypopigmented patches. It can also help in restoring some of your original skin colors. However, you are not supposed to use this without a doctor’s prescription, as these drugs consist of potential side effects.

Is Vitiligo a Contagious Disease?

No, vitiligo is not a contagious disease. It can affect individuals who only have a defective gene and environmental triggers. It can never spread from body secretions.

What Foods Help in Relieving Vitiligo?

What could be the best medicine for allergic rhinitis?

Query: Hi, I am currently using Duonase nasal spray and Odimont LC for the allergic rhinitis. I am getting mild fever after taking Duonase. Is it safe to take Duonase? Can I take Paracetamol for fever while using Duonase? Is there any alternative for Duonase without steroids?  Read Full »

White patches developed on spots where corticosteroid was applied. Is it vitiligo?

Query: Hi doctor, My daughter has skin lesions that started last year. They are on one side of the body. Initially, she got eczema kind small red rashes for which we applied Corticosteroid and later we observed whitish patches developing on those spots. Initially, the GP thought it could be tinea versicolo...  Read Full »

Do you have a question on Vitiligo or Surgical Treatment For Vitiligo?