iCliniq / Answers / Medical oncology / Burning Sensation In Stomach / Why am I having constant burning pain in stomach?

Q. Why am I having constant burning pain in stomach?

Answered by
Dr. Bharat Patodiya
and medically reviewed by iCliniq medical review team.
This is a premium question & answer published on Jun 04, 2018 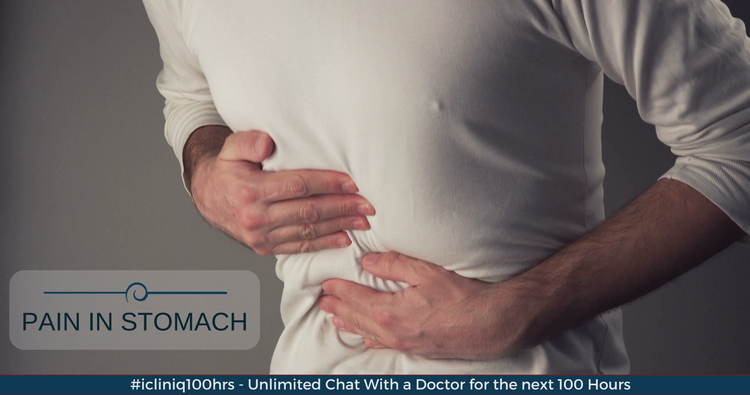 I have been having burning type gnawing pain behind my sternum since last one year. I am on Esomeprazole 40 mg since last six months, which ease my symptoms. Two days ago, my GP advised me to get an upper GI endoscopy. During the endoscopy, they found one small sessile polyp on GE junction and they took a biopsy sample. I am much worried that it may be malignant. Can you describe what this sessile polyp is? How much chance that it may be malignant? Biopsy report is still awaited.

I have received my biopsy report, which is attached here. Biopsy report is benign, but does not show the type of this polyp such as hyper plastic, GCT, etc. My doctor advised me for removal of polyp by endoscopy. But, he is not confirmed whether the burning pain is due to polyp. Can you explain why am I having constant burning pain at my GE junction? Also, no other abnormality was shown by the endoscopy other than polyp.

|
Related Questions:
How can I reduce weight?
Scan shows endometrial polyp and post wall intramural fibroid. Please advice.
How can pain in the back of chest with poor bowel movements be cured?

How to reduce weight through yoga?

Query: Hello doctor, I am a 23 year old obese boy. My weight is 110 kg and I feel myself unfit. I want to start practicing yoga for weight loss. But, I do not know anything about yoga. I want to know, how to meditate and relax our body and mind?  Read Full »

Will Prevacid help with the symptoms of GERD?

Query: Hi doctor, I was diagnosed with GERD six years ago. I have gained 10 pounds of weight and I started having phlegm in my throat. I am coughing more to get the phlegm out of my throat. I am currently taking Prevacid (over-the-counter) once a day in the morning. The phlegm and coughing does not seem ...  Read Full »

Will my gallbladder polyps turn cancerous?

Query: Hello doctor, I got my abdominal ultrasound done due to pain while urinating. In the ultrasound, it showed as 'gallbladder polyps'. I checked online and it said it can lead to cancer. I am very scared. I am uploading pictures.  Read Full »