Q. Can kissing cause HIV?

Answered by
Dr. Sushma Shah
and medically reviewed by iCliniq medical review team.
This is a premium question & answer published on Apr 14, 2018 and last reviewed on: Aug 13, 2019 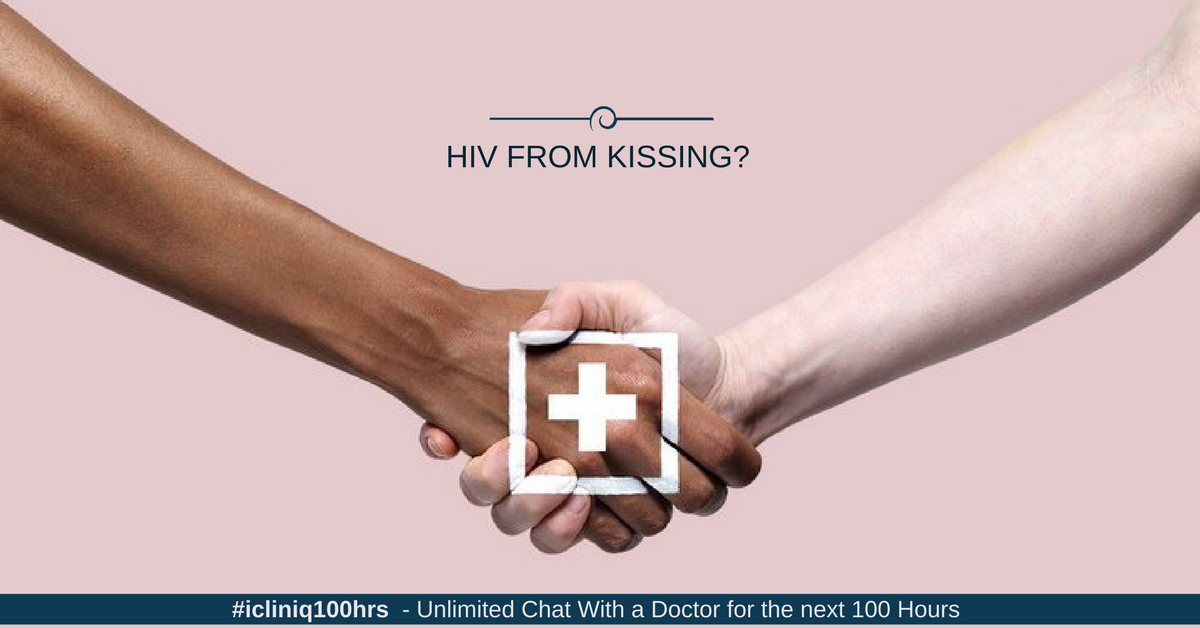 I am a female in my 20s. I have been having obsessive worries, so please do not judge my rather paranoid concerns, since I cannot get them off my mind. A week ago, during a night out, I received a kiss on the cheek by a male stranger, and also gave him a kiss on his cheek. Initially, I was not alert because I thought the person was a friend of my friend's, but later I realized that he was a total stranger, who was acting weird and asking everyone in the nightclub for a kiss on the cheek. For some reasons, I kept thinking that this weird person had some sort of contagious disease and was just desperate to pass the disease to as many people as possible. About three days later, I started having symptoms similar to those of a cold. I felt tired and had a runny nose. I stopped feeling tired after two days, but the runny nose has not completely stopped until today, which is four days later from the start of the symptoms. From my own knowledge and some researching, I learned that early HIV symptoms include flu-like symptoms. And although I did not have any a sore throat, fever or swollen lymph nodes, my runny nose has been worrying me and making me have thoughts that I may have contacted HIV from the weird stranger. From my memory, when he and I exchanged kisses on the cheek, his lips, and cheeks, as well as my lips and cheeks, did not have any open cuts or sores, so I have almost zero chance of HIV exposure. However, I cannot seem to put my mind at ease, as I have been having obsessive worries for about three days. Therefore, I want to seek consultation from a professional. Please give me some advice, so I can get some peace of mind.

As you have mentioned, there were no cuts in his and your lip, then 80 % problem is solved. Touch and light kiss do not transfer HIV. Saliva is their least chance of transmission, which is not known or does not have a reported case though. So, this is just a quick response, nothing else. The common cold is very common in your place. Do not worry. Take tablet Montek FX (Montelukast and Fexofenadine) one at night for three to five days. There is no HIV contamination.

|
Related Questions:
I had oral sex with confirmed HIV positive guy. What are my chances of infection?
Is it possible to have hairy leukoplakia three months after risky sexual activity?
What is the risk of getting an STD from a stained bed linen?


This is an Ad. icliniq or icliniq doctors do not endorse the content in the ad.

Are white tongue and blisters in the throat three months after sex signify HIV?

Query: Hello doctor, I had sex about three months ago but the body has been feeling strange lately. My partner is negative. This is how my symptoms started. It was one day in school two months back where I just could not sit down because of my lower back pain and would go away about two days later and not...  Read Full »

My wife and I started having fever and chills at the same time. Could it be HIV?

Query: Hello doctor, For the last two days, I have a headache, fever, chills, sweating, and body ache. On contacting my doctor, he advised me to go for a dengue test in which NS1Ag came positive, and the doctor has advised for an ELISA test which is yet to be done. Now, I am worried as the HIV symptoms ar...  Read Full »

I took PEP after 42 hours of HIV exposure. Am I safe?

Query: Hello doctor,I had protected vaginal intercourse with an HIV positive woman and I had taken PEP after 42 hours of exposure. I was texted negative at the baseline with PCR RNA test and post completing PEP my blood was drawn again for PCR RNA test and it took five days to get the results. I am very ha...  Read Full »

I have constant muscle twitching in feet and legs with no difficulty in walking. Is it ALS?

I behave like a 10-year-old kid. Do I have dyspraxia?