Answered by
Dr. G.s.s. Sandeep
and medically reviewed by iCliniq medical review team.
This is a premium question & answer published on Aug 12, 2017 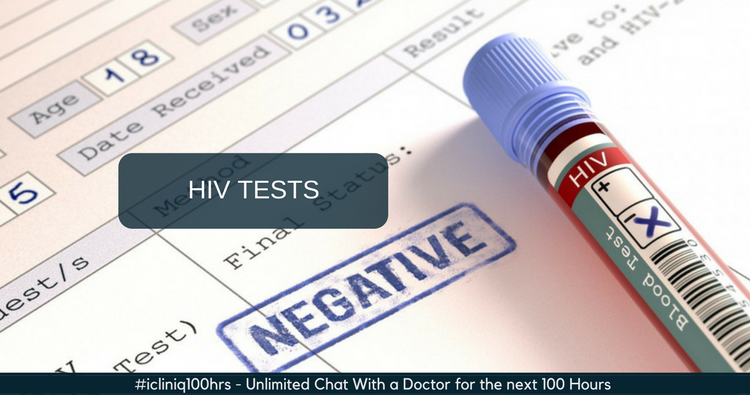 One and a half years ago, I had unprotected oral sex. Two weeks later I tested positive for HSV-2. I started having sores in my anus. I was prescribed Acyclovir. But, unfortunately, it did not work for me. Four months ago, I had what I believed was ARS with chills, rashes, nausea, and peripheral neuropathy. I then took an HIV fourth generation test which came out negative. However, my symptoms got worse. The sores in my anus did not heal up, and I suddenly developed psoriasis with psoriatic arthritis. I had pain in my joints including fingers, knees, and elbows. My finger nails have also been affected. There was a change in the color of fingernails, and my nails had thickened. More recently, I took a comprehensive STD panel test. It tested for syphilis, chlamydia, gonorrhea, HIV, Hepatitis B and C, and Herpes 1 and 2. The only positive one was HSV 1 and 2. Now, I am so worried. I strongly feel that I am infected with HIV, but the fourth generation tests are not picking up the p24 antigen or antibodies for a reason. My last sexual exposure was seven months ago.

What other tests can I do to rule out an HIV infection? Since psoriatic arthritis is an immune disorder, could it delay the production of antibodies, hence giving a false negative HIV result? Has my body not produced enough antibodies yet for the test to pick up an HIV infection? How long does the p24 antigen stay detectable in the body following exposure to HIV infection? What are the reasons behind a false negative HIV result? I tested past the three month window period. I tested at five months and seven months post-exposure. Could I have an immunodeficiency that has not been diagnosed and is not making antibodies show up? If antibodies have not been produced by now, will not the p24 antigen still be in the body? How long does the p24 antigen stay in the body? Is there ever a time of HIV infection where both the p24 antigen and antibodies will be missing or too low for the fourth generation tests to pick up? I have read articles online that says there are a few people who do not produce antibodies to HIV at all and they will always have a negative antibody test. How true is that? Please help me.

Related Questions:
What is the frequency to do HIV testing while taking PEP?

Please explain about the CMIA test for HIV testing.

Kindly explain the tests and precautions to be taken for HIV after unprotected sex.

Relation Between Enamel Hypoplasia and Dental Caries
Enamel hypoplasia is due to incomplete or defective formation in the organic matrix, which forms the first layer of the ...  Read more»Methods to Increase Breast Milk Production
Several measures can help mothers in increasing their breast milk production. Find out the correct way to breastfeed thr...  Read more»Ingrown Hair: How Can You Prevent and Treat It
An ingrown hair is a hair strand that grows back into the skin after a clean shave or waxing. It appears as a raised dar...  Read more»