All About Childhood Cancers

Cancer in children is a rare disease, but still, they are the third major cause of death of children under the age of 15 years. Until five decades ago, a majority of the children who suffered from cancer would succumb to their disease. But now in developed countries, nearly 75 to 80 % of children survive. This has been made possible by continuous research and use of chemotherapy. 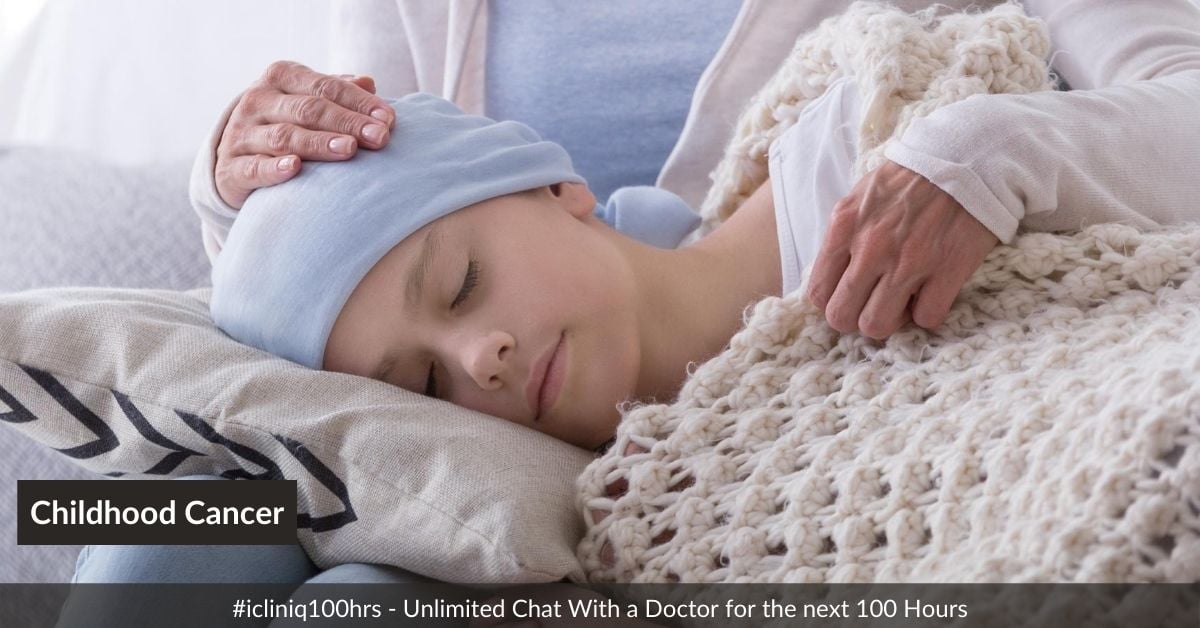 In the past two to three decades, a lot of research has occurred in the process of oncogenesis (initiation of cancer).

They have identified certain genes which are responsible for normal cell division, called proto-oncogenes and tumor-suppressor genes. Any mutation in these genes can start the process of oncogenesis.

Most of the times, these mutations are acquired and are caused by insult due to viruses, chemicals or radiation. These are called acquired mutations.

Very rarely, these mutations are inherited and can cause various types of cancers. Children who develop cancer at a very early age get their DNAs mutated while in intrauterine life.

Differences Between Childhood and Adult Cancers

The biological behavior of childhood cancers is very different from adult cancers.

Most of the childhood cancers are very aggressive, spread very fast to other organs and are not affected by environmental factors.

But they respond very well to the treatment, and in the best centers of the world, the overall survival for childhood cancers has reached almost 80 %.

The type of childhood malignancies we see is very rare in adults.

More than 90 % of adult cancers are epithelial cancers like breast, colon, and lung.

The childhood cancers are mainly divided in to “hematological malignancies” and “solid tumors”.

The hematological malignancies include acute and chronic leukemias, Hodgkins and Non-Hodgkins lymphomas, and histiocytic disorders.

Bladder biopsy shows eosinophilic cystitis with eosinophil infiltration. Please help.
Does biopsy on a pregnant woman result in any complication?
Cancerous Conditions Related to the Eye

The solid tumors could be CNS and non-CNS tumors. The commonest among non-CNS tumors are neuroblastomas, soft tissue and bone sarcomas, Wilms tumors, hepatoblastomas, germ cell tumors, and retinoblastomas.

Acute lymphoblastic leukemia (ALL), is the most common malignancy and constitute nearly 25 % of all cases of childhood malignancy.

As mentioned, nearly a quarter of childhood malignancies are acute lymphoblastic leukemia (ALL).

Among acute leukemias, the distribution between ALL and AML is nearly 80 % to 20 %.

Tremendous progress has been made in the treatment of ALL in the past three to four decades.

In the best centers, the cure rate for ALL has reached nearly 90 %.

This has been made possible by a better understanding of the biology of ALL and treating it according to their risk categorization, which is mainly based on their initial response to treatment and measurement of minimum residual disease (MRD).

Another contributing factor for improved survival is the improvement in supportive care. This success story, where survival has reached from a dismal 30 % to nearly 90 % is unique since no new medicine for ALL has been developed in the past four decades.

In children, chronic leukemias are a rare entity. Barring few cases of chronic myeloid leukemia (CML), this type of leukemia is not seen in children.

With the availability of Imatinib in the past two decades, the survival rate in CML has also improved.

The CNS (central nervous system) tumors are the second most common tumors of childhood.

The survival in CNS tumor depends upon various factors, which include grading of the tumor (low grade vs high grade), the location of the tumor, availability of good neurosurgeon and facilities for adjuvant radiation therapy and/or chemotherapy.

In developed countries, the overall survival rate for CNS tumors has reached nearly 70 %.

How to Investigate Pediatric Malignancies?

The leukemias are diagnosed by bone marrow aspiration/biopsy.

These days many additional tests are done to confirm the diagnosis and prognosticate it, like flow cytometry, cytogenetics and PCR (polymerase chain reaction) for MDR.

The solid tumors are diagnosed by biopsy from the primary tissue.

Other than H and E (hematoxylin and eosin) stain, many other tests are performed like immunohistochemistry and cytogenetics.

After confirming the diagnosis, staging workup is done to see the extent of disease.

The Concept of Multimodality Therapy:

Once the diagnosis and extent of any solid tumoris confirmed, the treatment is initiated by a multimodality approach.

In some cases, if the tumor is resectable, initial surgery is done, keeping in mind that no mutilation should be done.

In a majority of the cases, initial chemotherapy is given for few weeks to reduce the tumor size.

After surgery, the patient may again receive more chemotherapy and/or radiation therapy.

The combination of surgery, radiation therapy, and chemotherapy is called multimodality approach. All cancers are treated according to international protocols.

Use of chemicals to treat cancer was started in the early sixties.

In the last five decades, chemotherapy has become one of the major modalities of treating cancer.

In the process, some of the normal cells of the body also get affected, like bone marrow, hair follicles, and gut mucosa.

Chemotherapy is given at fixed intervals to give time for bone marrow to recover.

Majority of the chemotherapy drugs are given intravenous (IV), while some are given orally also.

It acts locally, while chemotherapy acts as a systemic treatment.

The Cobalt machines are now considered as obsolete.

Many new developments have taken place in delivering the radiation to the patient.

The latest technology in this field is proton beam therapy.

Pediatric oncology is an example of a great success story in the treatment of cancers.

From the dismal 15 to 20 % survival in the early sixties, we can boast about overall survival of nearly 80 %.

This has been made possible by the untiring hard work of dedicated people around the globe who conducted the studies and improved the survival without having the liberty of new drugs.

But a majority of childhood cancer cases are occurring in economically less-developed countries, and in some of these resource-poor countries, the survival rate is still below 20 %.

Long-Term Side Effects of Cancer Treatment

Any success does not come without paying some price for it.

All modalities of cancer treatment carry a risk of long-term complications, which may affect the quality of life at a later age.

Efforts are on to minimize the late effects of cancer treatment so that these children can grow-up like any normal child without any stigma of their disease or treatment.

Pediatric oncology is now a well-recognized super specialty. All the children who are diagnosed with cancer must be treated with experienced and qualified pediatric oncologists. The practicing pediatricians should have high index of suspicion for diagnosing these conditions early.

Query: Hi doctor, I am a 23 year old male. I am suffering from acute lymphoblastic lymphoma and I am going to finish my last chemotherapy. My WBC count has reduced due to discontinuation of GCSF. After the completion of chemotherapy session, how to recover WBC count? Please suggest me.  Read Full »

My father has severe diarrhea after chemotherapy for colon cancer. Please help.

Query: Hello doctor, My 43 years old father has colon cancer. He had undergone hemicolectomy laparoscopic surgery, and he is currently undergoing chemotherapy with Xelox (Oxaliplatin and Capecitabine). I am here to ask you about the side effects of chemo that my father is experiencing from the first cycle...  Read Full »

Do you have a question on Cancer or Biopsy?