Rape is very common in our society. The important thing to note is that out of every 10 rapes, only three come into police records, while others go unreported. The cause may be fear, guilt, embarrassment, and family prestige. Rape affects every aspect of a victim's life. 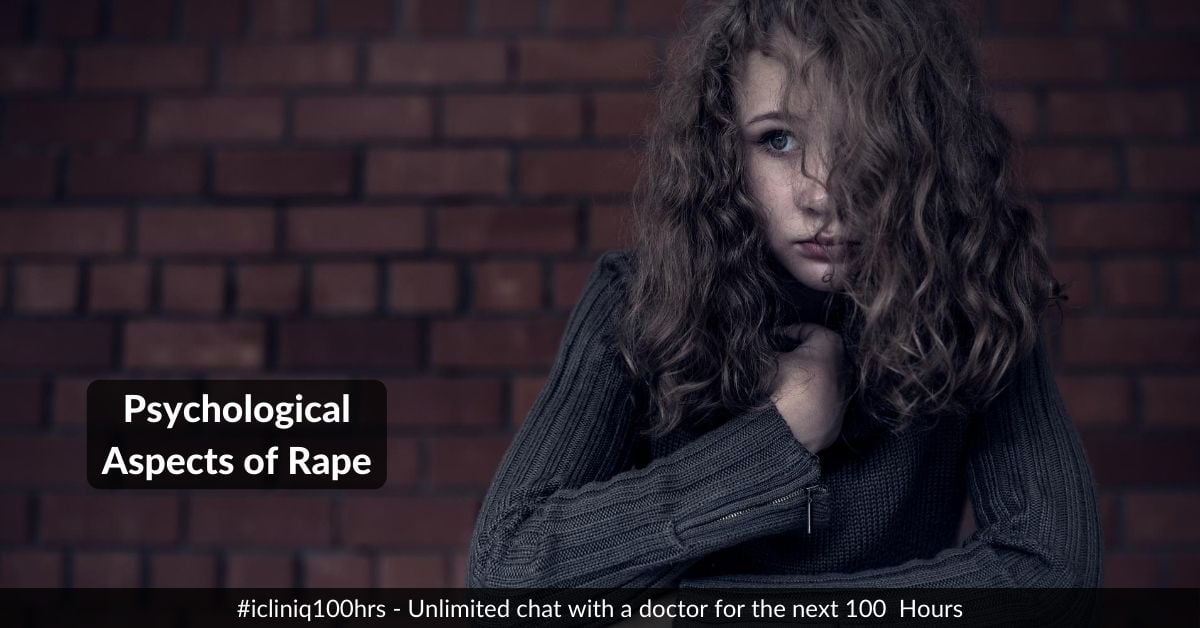 Rape is any kind of sexual assault that involves sexual intercourse, that is done by one or more persons against a person's will.

Victims of rape bear severe trauma. In addition to psychological harm, rape is associated with physical trauma too. There are always chances of acquiring sexually transmitted diseases and the victim can become pregnant.

Psychological consequences that develop in a victim of rape are usually conceptualized under the heading of 'rape trauma syndrome'.

Related Topics
Postpartum Depression
My husband behaves weirdly in the bedroom. What is wrong with him?
Depression - Awareness, Self-Diagnosis, and Treatment Modalities

RTS consists of an acute and long-term process of adaptation that occurs after an actual or attempted sexual assault. There are acute consequences and delayed consequences.

Acute consequences: feelings like fear, embarrassment, humiliation, shock, anger, self-blame, guilt, shame, anxiety. Fear and anxiety can continue for years. Some victims may have significant physical reactions that may be due to injuries. Others are headaches, sleep disturbance, stomach pains, genital pain, nausea, etc.

Chronic consequences: The victim usually has frightening and vivid nightmares. These are usually related to her experience during rape. They may also have phobic symptoms. For example, if she was sexually assaulted in a bus, then she becomes very anxious and uncomfortable while traveling in a bus. If she was assaulted by a tall guy, she would avoid interaction with any tall man. The victim starts avoiding everything that reminds her of her sexual assault. They may also develop unknown fear and there may be hyperarousal and excessive anxiety.

Some women cannot adjust herself in her usual surroundings where everybody knows about her past. So, as a process of reorganization, she may change her mobile number, job, move to a new city, and change her home. There may be fear of sex and men. They often feel anxious and panic when outdoor. Recovery from rape trauma is a very long process.

The clinical picture of RTS is very similar to post-traumatic stress disorder (PTSD). The basic symptom clusters in PTSD are three.

After the experience of sexual trauma, depression is a common consequence. Adult victims of sexual assault also reported current hopelessness and suicidal ideation.

A number of research articles have documented an association between rape and sexual assault and substance abuse. A high incidence of substance abuse was reported among female veterans who presented requesting help for sexual trauma.

"Rape not only affects the victim, but it disrupts every support system that was present for the victim before she was victimized"

This includes family, friends, co-workers, society and so on.

What Do You Think Is Stress in Your Daily Life? Stress is not just a mental illness. It is not merely a disease of your brain and does not always mean that you have a serious psychiatric disorder. It is a multifactorial disorder including general physical wellness, issues related to chronic disease...  Read Article

What can I do to manage anxiety attacks?

Query: Hi doctor, I get a type of anxiety and fear of going out somewhere. Six years ago, when I was in high school some guy gave me something to smoke. I did not know what it was. That day, I went home and I was high. The next morning I woke up fine and went to school. After some time, I started to feel l...  Read Full »

My dad complains of a pain in his left leg seven years after a stroke. Please guide me.

Query: Hello doctor, My father suffered a stroke seven years ago, that got the right side of his body numb and non-functioning. But, after all these years, he constantly refers to a pain in his left leg. Can you tell me what would give him relief from this pain? I am attaching his latest reports here.  Read Full »

Do you have a question on Substance Abuse or Rape Trauma Syndrome?