Q. I believe I have chlamydia prostatitis. Please suggest a treatment.

Answered by
Dr. Karthik Rajan
and medically reviewed by iCliniq medical review team.
This is a premium question & answer published on Jul 28, 2018 and last reviewed on: Oct 14, 2020 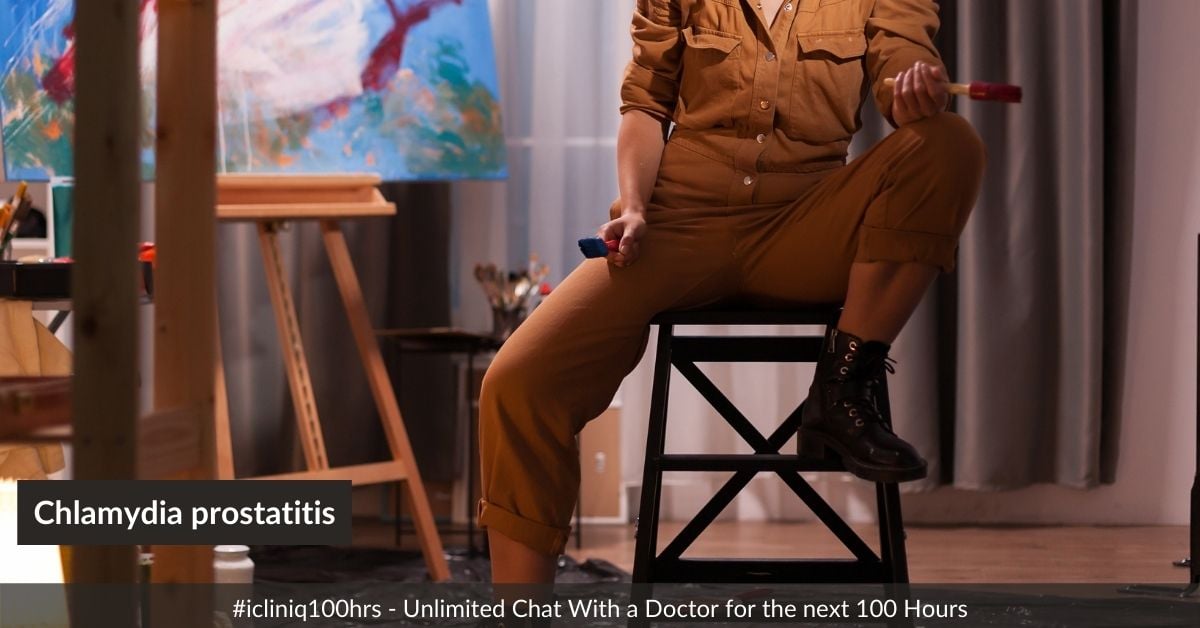 I believe I have chlamydia prostatitis. Six months ago, I started showing signs of prostatitis. I had a hard time urinating fully, I had pain and burning, fever, clear discharge. I was put on eight weeks Cipro. My body did not respond well to the Cipro. I stopped and had a chance to see another urologist. He did prostate check and urine and semen sample. Found nothing. No bacteria. He stuck a camera in my bladder and found no bacteria. I was given Flomax for two months and my symptoms went away. Recently, six weeks ago, I got chlamydia. I was given 1.5 grams Azithromycin taken over two days. Seven days after, I was re-tested and no more chlamydia. Then four weeks ago, I started to feel prostatitis symptoms show up again. Inflamed urethra and frequent urination with tenderness. I was given Pirinum by a doctor at my work to try to flush out any bacteria. The pain and inflammation went down but it is still constant. I believe after research I have chlamydia prostatitis and cannot go to a urologist at this time because of being in a remote country working.

I need to know a few more details to answer your query better:

If your symptoms are similar to your previous attack of prostatitis then the treatment would be antibiotics for at least four weeks and Flomax. Ciplox would be the best choice but if you do not tolerate it, you can take Cephalosporin.

Usually in prostatitis, we do not see bacteria in the urine, so that does not rule out prostatitis.

Revert with more information to a urologist online --> https://www.icliniq.com/ask-a-doctor-online/urologist

I only had fever with chlamydia. Not recently with prostatitis. Pain in the urethra. Tip of penis tender. Cirpro made my joints and tenants extremely bad. I believe the chlamydia is part of this and the research I have done suggests Azithromycin 4.5 g over three weeks.

Your lack of fever implies a chronic prostatic infection with urethritis. Did you develop a chlamydial infection after sexual contact or was it spontaneous?

Azithromycin over three weeks also is an effective alternative, in chlamydial infections.

If it was due to sexual contact, it would be advisable to treat your partner too and also use some barrier protection (condoms) for the duration of your treatment.

I would also like to add an anti-inflammatory drug to help alleviate your symptoms.

Related Questions:
What to take for pain when urinating after sex?


.. common post-coital urethritis. Take more water and baking soda half spoon in one glass of water. I also suggest taking painkillers like Diclofenac with Ranitidine. Consult your specialist doctor, discuss with him or her and start taking the medic...   Read full

Had sex after Chlamydia treatment and I am bleeding. Why?


.. is unlikely be solely due to chlamydia infection. There is a possibility of cervical erosion or polyp which needs to be diagnosed by speculum examination and if needed, by ultrasound. If the pathology is found, needs to be treated differently. Re...   Read full

I am getting pain in penis and tingling sensation in testicles. Please help.