We have to get the word out that mental illnesses can be diagnosed and treated, and almost everyone suffering from mental illness can live meaningful lives in their communities - Rosalynn Carter 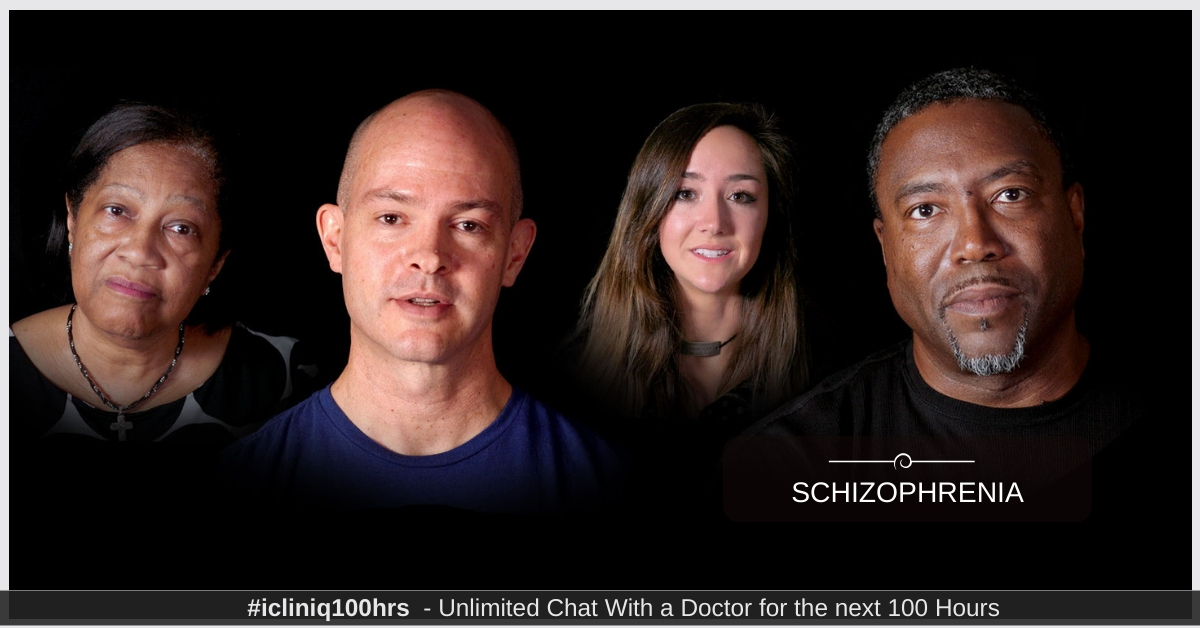 Schizophrenia is a mental disorder that makes it hard for individual to differentiate between what is real and unreal, think clearly, manage emotions, relate to others, and function normally. It affects about 1% of general population. But this does not indicate that there is no hope for person with schizophrenia. Schizophrenia can be successfully managed.

Majority of patients of schizophrenia appear in the late 2nd or early third decade of life. Although, schizophrenia can appear for the first time in middle age or even during old age. In very rare case, schizophrenia can present in very young age even before the child attains puberty, although the symptoms are slightly different. It has been said the early the onset of this disease, the more severe it is. Schizophrenia also appears to be more disabling in men than in women.

Although schizophrenia said to be a lifelong disorder, there is much help available currently. With advancement of medical services, in form of development of newer medications, sophisticated support and therapy, most individuals with this disease are able to function independently and live satisfying lives. However, the outcome is best only when schizophrenia is diagnosed early and treated properly in consistent manner. If any one of reader spots the signs and symptoms of schizophrenia in themselves or their loved ones, they are suggested to seek help without delay. You or your loved one can take benefit of the many safe and effective treatments available and improve the chances of recovery.

In this paragraph I am going to mention few of warning signs that indicate impending danger or risk of developing schizophrenia in near future.

For some people, schizophrenia comes suddenly and without any warning. But for majority, it appears slowly, with minimal warning signs and a slow decline in functioning long before the first severe episode. Many friends and family members of people with schizophrenia acknowledge that if they knew it earlier about schizophrenia, they would have brought their dear ones much earlier to psychiatrist.

I hope this article helps the readers and their needy family members to spread awareness about this debilitating illness.

The causes of schizophrenia are genetic problems, environmental factors, abnormalities in the chemistry of the brain, and certain unknown factors. People with schizophrenia have issues with the dopamine and glutamate in the brain. Having a family history of schizophrenia can also be a causative factor.

What Are the Different Types of Schizophrenia?

What Are the Symptoms of Schizophrenia?

The various symptoms associated with schizophrenia are:
- Delusions. These are false beliefs that are not based in reality.
- Hallucinations. The individual hears and sees things that do not exist in reality.
- Disorganized speech and thoughts.
- Lacking the ability to remain normal.

A patient who is suffering from schizophrenia will experience a wide range of thoughts and symptoms that might be devastating. This might include sounds and images that are very strange. The person will experience a mental shock in response to these incidents. During the schizophrenic episode, the patients totally lose contact with reality and imagine ridiculous incidents.

How Do You Calm a Schizophrenic?

Schizophrenic can be calmed in the following ways:
- Do not argue with them.
- It is essential to provide personal space for them.
- Keep things away that cause fear in their mind.
- In emergency situations, take them to a psychiatrist.

Can Someone With Schizophrenia Live a Normal Life?

It is difficult for a patient with schizophrenia to lead a normal life. In some situations, they are relatively normal, but it is very rare for them to cure completely. A continuous treatment procedure is required to relieve the symptoms of schizophrenia. You must consult the doctor and ask for tips to recover faster.

Why Do Schizophrenics Stay up All Night?

Schizophrenics are known to consume drugs that can interrupt the sleeping pattern of the individual. The normal sleep-wake cycle is greatly affected. Sometimes the unusual thoughts and fear created in their mind might keep them awake.

Why Do I Hear Voices When I Try to Sleep?

Hearing unusual sounds at night might be a sign of mental illness. If this sign persists for a long period of time, the patient will need help from a mental health professional. They can also listen to relaxing music and soothing sounds.

Why Do Schizophrenics Laugh?

The unusual laugh by schizophrenics is known as paradoxical laughter. It might indicate an unstable mood in an individual. They might also express unusual anger in some situations. If you notice such symptoms, you have to contact your doctor immediately.

How Do You Talk to Someone With Schizophrenia?

The following tips can be followed while talking with a schizophrenia patient.
- A person should be calm enough to listen and talk softly.
- Use a communication style that is always positive.
- You should be encouraging and rational.
- Keep conversations very short.
- Do not make any arguments with schizophrenic patients.

Will Schizophrenia Be Cured in the Future?

The cure for schizophrenia totally depends on the cooperation of the patient. Till now, there is no proper cure that has been identified for schizophrenia. With the modern advancement of medical science, it is possible to expect a positive advancement in the field of mental health. Many diagnostic procedures will be identified, and treatment options will be formulated.

Does Schizophrenia Damage the Brain?

How Can Schizophrenia Be Cured Permanently?

Schizophrenia cannot be cured permanently. Only the intensity of the symptoms can be reduced. A relief from the symptoms would require constant psychological counseling and great support from the family. If it is diagnosed in an earlier condition, then it is possible to cure the patient faster with the help of behavioral therapy and medications.

What Is the Best Treatment for Schizophrenia?

The best treatment for schizophrenia includes both medications and psychotherapy treatment. The medications are given to reduce the negative effects caused by dopamine. This might include antipsychotic medications that are prescribed by the doctor. In addition to this, family therapy and cognitive behavioral therapy might be necessary. The doctors also advise a new medication called Lumateperone.

Do Schizophrenics Have to Take Medication for Life?

Yes, schizophrenic patients would require lifelong medications even after the symptoms have subsided. There would be additional side effects that are related to the intake of antipsychotic medications. It would be necessary for the patient to consult your doctor and ask for advice on overcoming the symptoms.

What Should Schizophrenics Avoid?

Does Schizophrenia Get Worse as You Age?

Yes, schizophrenia can get worse with age. Loneliness is also a factor that can increase the state of schizophrenia. However, the patient’s occurrence and severity are not standard and can vary according to the individual’s mental status.

Are my symptoms due to schizophrenia?

Query: Hi doctor, I am 25 years old. One night, when I tried to go off to sleep, I had racing thoughts that I had no control over. I did not hear any voices, just thoughts. I could not track them or process them. I was really scared as a result. This phenomenon has been happening whenever I try to go off t...  Read Full »

Do you have a question on Schizophrenia or Mental Disorder?